Thrice a day, he is dragged from his cell to a force-feeding bed, tied there and made to swallow liquids which he vomits out because of the immense pressure 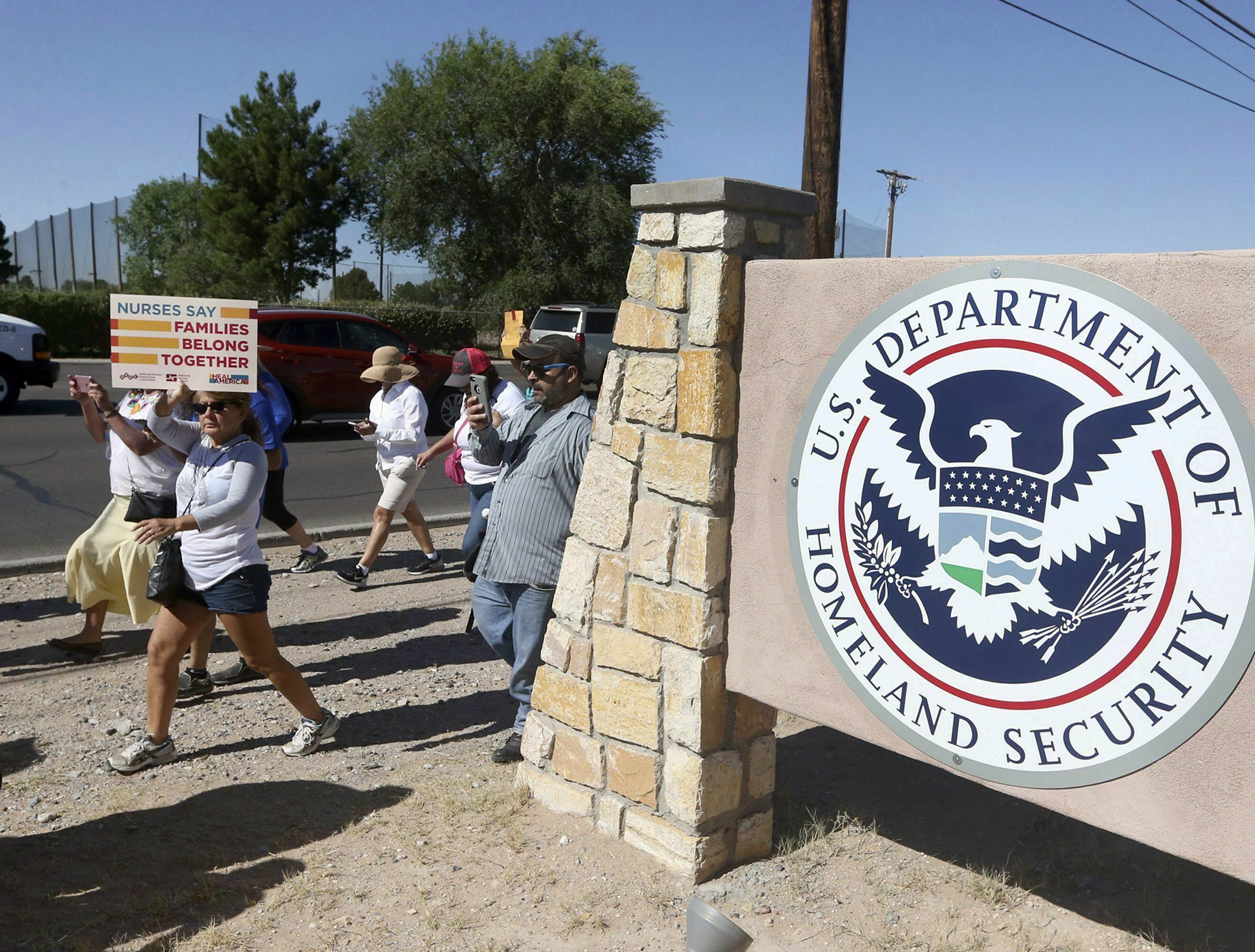 Three times a day, a 22-year-old Indian man on a hunger strike says, he is dragged from his cell in a Texas immigration detention center, his feet scraping the floor as he goes. He's put on a bed where he says his arms and legs are strapped down and a group of people force-feed him by pouring liquid into tubes pushed through his nose.

The man is among a group of nine detainees in the El Paso facility who immigration officials acknowledged Friday are being hydrated and fed against their will under court orders. That's up from six men who were being fed through nasal tubes Wednesday when The Associated Press first reported on the force-feeding.

'They tie us on the force-feeding bed, and then they put a lot of liquid into the tubes, and the pressure is immense so we end up vomiting it out,' said the man, who called the AP Friday from the U.S. Immigration and Customs Enforcement facility where he is being held. 'We can't talk properly, and we can't breathe properly. The pipe is not an easy process, but they try to push it down our noses and throats.'

Speaking through an interpreter, the hunger striker interviewed by the AP said he has lost 50 pounds since he began refusing food more than a month ago after coming to the US seeking asylum. AP is only using his last name, Singh, out of family concerns for his safety in the US and India. He said he is refusing food to protest guards' unfair treatment of him and other Punjabis, who he said are being denied bond while other detainees from other countries were allowed out.

In a statement, ICE said it fully respects the rights of all people to voice their opinion without interference.

'ICE does not retaliate in any way against hunger strikers. ICE explains the negative health effects of not eating to our detainees. For their health and safety, ICE closely monitors the food and water intake of those detainees identified as being on a hunger strike,' the agency said.

The AP's reports on the force-feeding have garnered international headlines and angry responses from policymakers and human rights advocates.

US Rep. Veronica Escobar, an El Paso Democrat, visited some of the men after the initial reports, tweeting afterward that their situation is 'unacceptable.'

'El Paso and our country are better than this,' she said.

Hunger strikes among immigrant detainees are uncommon, and court orders authorising force-feeding are rare, said an ICE official. Although the agency doesn't keep statistics on this, attorneys, advocates and ICE staffers who AP spoke with did not recall a situation at an immigration detention site where it has come to this.

Detainees, their attorneys and advocates have said that up to 30 men have been on hunger strikes over the last month. According to ICE, 10 detainees from India and Nicaragua who are being held at the El Paso detention site have refused nine consecutive meals — the immigration agency's benchmark for when to start calling refusal to eat a hunger strike.

Another four detainees are on hunger strikes in the agency's Miami, Phoenix, San Diego and San Francisco areas of responsibility, agency spokeswoman Leticia Zamarripa said. She did not say whether they were being force-fed.

Singh said he came to the US in August last year along with his cousin, seeking to escape violence in his home state of Punjab in India. Court records show he was arrested near El Paso and pleaded guilty to a misdemeanour. His uncle, Amrit Singh, said that his asylum claim had been denied.

Singh, the hunger striker, and a volunteer who has visited the facility said that the men have been requesting pillows to elevate their heads when the liquid nutrition is administered through their noses because the material backs up and causes them pain.

Nathan Craig, a volunteer with the nonprofit group Advocate Visitors with Immigrants in Detention, told the AP that one of the men he spoke with has a thyroid condition and has not been receiving his medicine.

'Both of the men I spoke to personally have visible trouble walking, they are frail and they are receiving by IV liquids, something like three times a day,' Craig said after an earlier visit.

Singh said they're not getting the help they've requested.

'We keep asking them on a daily basis for the pillows, but we don't have the pillows yet,' Singh said. 'They don't give us wheelchairs, despite the fact that we are so weak. They drag us on our feet.'