India to strengthen bridge with Maldives 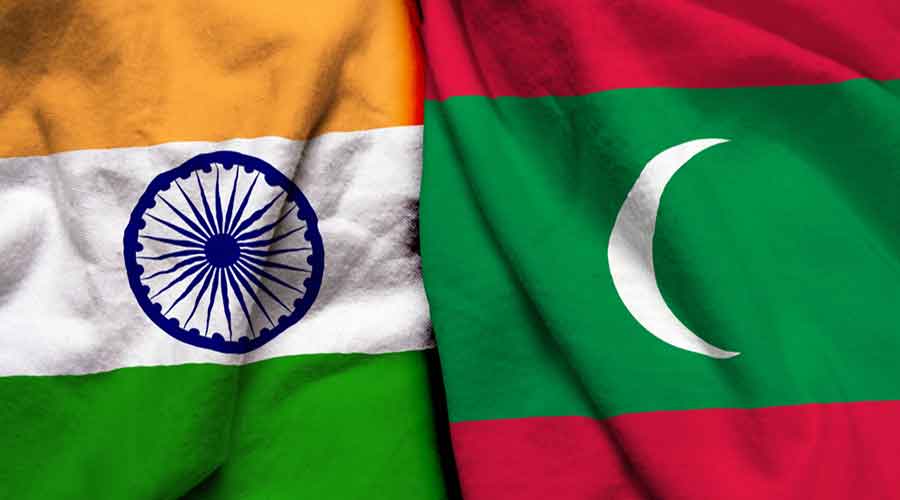 India on Thursday announced its decision to invest in the biggest infrastructure project of the Maldives — a bridge that seeks to connect the archipelago’s capital with three neighbouring islands, including a new industrial zone, and is thrice the size of a similar structure built by the Chinese.

While India’s participation in the Greater Male Connectivity Bridge (GMCB) had been in the works for some time now, the formal announcement was made on Thursday during a videoconference between external affairs minister S. Jaishankar and his Maldivian counterpart Abdulla Shahid.

Hailing the announcement, Maldivian President Ibrahim Mohamed Solih tweeted: “A landmark moment in Maldives-India cooperation today as we receive Indian assistance of $250 million as budget support and $500 million for the Greater Male Connectivity Project. I thank PM @narendramodi and the Indian people for their generosity and friendship.”

India will support the implementation of the GMCP through a financial package consisting of a grant of $100 million and a new line of credit of $400 million. The bridge and causeway spanning 6.7km will connect Male with Villingili, Gulhifahu (where a port is being built with the Indian line of credit) and the new industrial zone of Thilafushi.

The project will dwarf the China-Maldives Friendship Bridge, the 2.1km-long structure that connects Male with two other islands and is part of Chinese President Xi Jinping’s ambitious connectivity project, the Belt and Road Initiative. The first inter-island bridge in the Maldives opened in August 2018 and has since been renamed Sinamale Bridge.

This was a clear reference to the Chinese investment boom in the Maldives during the regime of Abdulla Yameen who was ousted in 2018 in an election fought on the back of a popular movement for democracy.

China has often been accused of indulging in debt-trap diplomacy where Beijing offers cheap loans to countries with little means to pay back, thereby increasing its footprint across the world.

Besides committing Indian money for the Maldives’ biggest infrastructure project, Jaishankar also said India would begin a direct cargo ferry service to the atoll nation shortly to facilitate bilateral trade. This will be in addition to the ferry-cum-cargo service from Kochi in Kerala to Male announced by Prime Minister Modi during his visit to the Maldives last year.

Also, as part of the gradual opening up of the aviation sector post-lockdown, India has decided to create an air travel bubble with the Maldives to facilitate the movement of people for employment, tourism and medical emergencies. India has over the past few weeks opened similar air bubbles with the US, the UK, France, Germany, Canada and the UAE. The Maldives will be the first country in the neighbourhood to have an air bubble with India.

Air bubbles are temporary arrangements between two countries aimed at restarting commercial passenger services when regular international flights are suspended as a result of the pandemic. They are reciprocal in nature, allowing designated airlines from both countries to enjoy similar facilities.