In Afghan ‘grave’, alert on China 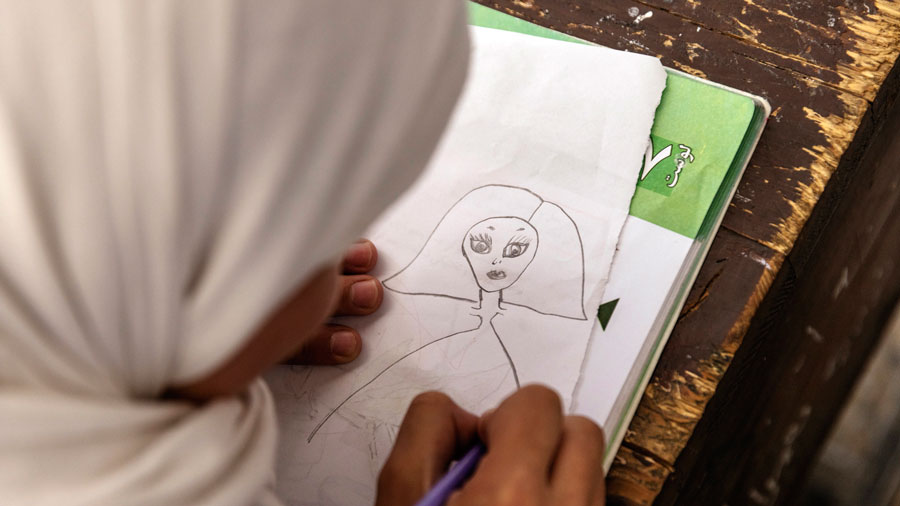 The geopolitical scenario of central and south Asia may witness significant changes in the aftermath of the Taliban coming to power in Afghanistan. Experts have attributed a significant role for China in the region.

In this context, renowned Sinologist and French-born author and historian Claude Arpi has said the situation is not totally conducive to China, reasoning that Afghanistan has been “a graveyard of empires” and whoever interferes in that country is doomed to suffer a similar fate.

If China interferes in Afghanistan, it will also fall into the same trap, he said.

Excerpts from an interview with Arpi, the author of several books including Tibet: The Lost Frontier, 1969 and the McMahon Line Saga, India and her Neighbourhood: A French Observer’s Views, Dharamsala and Beijing: The Negotiations that Never Were:

Q: There is widespread speculation that with a Taliban dispensation under the influence of Pakistan, the greatest beneficiary will be China vis-a-vis its relationship with India and the Belt and Road trade agreement. How will this affect India?

Arpi: It is too early to say that China will benefit from the takeover by the Taliban. The situation is very unstable, even within the Taliban regime. This is without mentioning the other tribes that have played a traditional role in Afghanistan (the Tajiks, the Uzbeks and the Hazaras to name a few). China could well fall into the same trap like the Soviets or the Americans before. It is true that Pakistan is trying to play a role, but for how long? There is instability in the Taliban regime.

Just to quote a Chinese think tank — the Research Centre for China-South Asia Cooperation at the government-run Shanghai Institutes for International Studies — it found that the Taliban are facing ‘a series of severe challenges, including those relating to unity and ability to establish an open and inclusive government, calling for a close cooperation between all-weather allies China and Pakistan to persuade the Afghan terrorist group to implement its commitments’.

It is interesting that these are the views of a Chinese think tank. These views are shared by many in the West.

The challenges according to the think tank are:

Fourth, the Taliban hopes to win the recognition and assistance of the international community, but at the same time they also face hatred, blockade, sanctions and even subversion from some hostile forces in the world.

Although China believes that the seizure of power by the Afghan Taliban is a success of China and Pakistan, and a strategic failure of the US, the West and India, none of the latter countries has recognised the Taliban. That is why I speak of instability.

Q: Your observation that ‘China could well fall into the same trap like the Soviets or the Americans before’, please explain this as China is not militarily interfering in Kabul. Also, how might China fall into the trap?

Arpi: Afghanistan is known as ‘the graveyard of empires’. The term originates from the historical fact that foreign powers have always failed in their invasion of Afghanistan. Due to its central geographical position in Asia, the great powers have historically been attracted by Afghanistan, particularly during the Great Game in the 19th century and more recently with the Soviet and US military presence.

The difficulty in controlling Afghanistan can be attributed to different factors: deserts, mountainous terrain, severe winter; but perhaps more because of the tribal loyalties of the different ethnic communities living in Afghanistan.

Q: What should be the principles that the government of India should keep in mind with regard to its policy concerning China in view of the recent ascension of the Taliban in Afghanistan?

Arpi: I think the government should watch the situation developing. Delhi should not take hasty decisions as the situation is too unstable. Terrorist elements in the Taliban should not be recognised or spoken to.

Q: There are allegations regarding the BJP government’s diplomatic shortcomings in not dealing with the Taliban and identifying itself as an ally of the US, which compelled it to shut down its mission in Kabul. This means India does not have a diplomatic relationship with the Taliban dispensation. Is it a diplomatic lapse?

Arpi: It is easy to criticise or to have an opinion, but the Indian ambassador and his team took a decision with some intelligence inputs that we don’t have. We have to trust them. In 25 years, historians will be in a position to judge better, but presently one should trust that they took the right decision.

Q: The coming days will be a test for India’s diplomatic machinery on how to engage with the major players of the region, including the US, Iran and Russia, so as to counter the perceived threat of a China-Afghanistan-Pakistan alliance. What do you think?

Arpi: The threat from China will remain as long as the Ladakh confrontation is not over.

We are living in an unstable world. Decisions should be taken case by case, keeping the best interests of the country in mind. Alliances are formed and dissolved, the main issue is India’s interests in the present moment and in the long term.

There is no doubt that China will remain a threat and India should be ready to handle it.

Q: Can the increasing Indian dependence on the US be considered as among the real reasons that China is adopting a belligerent stand at its border with India?

Arpi: No, China has been belligerent before, that is at Doklam. It is the other way round, India is looking for friends who are facing the same threat.

Incidentally, India has been facing China in the Himalaya on its own, without any external support. It is obvious that since 2017, China has been aggressive on the Indian borders.

First in Doklam in 2017, where the confrontation lasted 73 days. China tried to build a road on Bhutanese territory; it was stopped by the Indian Army.

Then in Ladakh in May 2020 when China occupied chunks of Indian territory at Pangong Tso, Hot Spring, the Galwan Valley and the Depsang Plains. Some of these places have not yet been vacated by China, particularly at Depsang, despite 12 rounds of talks.

More recently, 100 soldiers of the Chinese People’s Liberation Army transgressed the Line of Actual Control in the Barahoti sector of Uttarakhand. The transgression took place on August 30, and the Chinese troops left the area after spending a few hours.

Q: Is it diplomatically prudent for India to be entirely dependent on the US to safeguard its geopolitical interests in the region, thereby not giving adequate emphasis on its relationship with others including its neighbours?

Arpi: India should not depend on any one country in particular. The US has never been a reliable partner. India should have good partnerships with all ‘friendly’ countries, especially in the neighbourhood.

The Indian diplomacy should be balanced. At the same time, India should be ready to face threats to its sovereignty on its own.

The relations with ‘traditional’ friends like France, which has always sided with India even in difficult times, should be deepened.

Arpi: Absolutely, but I would not put Pakistan in the same category as Nepal, Sri Lanka or Bangladesh. As mentioned earlier, the situation in Afghanistan is too unstable to start diplomatic moves.

Q: Do you think the arrival of Aukus can diminish the relevance of the Quad?

Arpi: Let us see what happens to Aukus in a couple of years. India should continue to engage with its partners in the Quad and not bother about Aukus, which was perhaps created for other purposes like stopping the influence of France in the Pacific. Will Australia get its nuclear subs? I would not bet on this.

Aukus is basically to contain China. Australia should be getting nuclear-propelled submarines, which is more ‘silent’ than the French Barracuda subs ordered to the French government.

In recent years, China has been more and more aggressive, not only on the Himalayan slopes, but in the South China Sea and the Pacific also. China’s fleet is growing faster than any other fleet in the world. Australia and the US have signed this new agreement (Aukus) without telling France, with whom Australia had an agreement to procure 12 subs. France has taken it very badly, the way Australia broke the agreement without warning or explanation.

Many in Paris feel that the US signed the agreement with Australia not only to counter China but also to diminish France’s influence in the region. It could be called a Pacific Great Game.

Only the future will tell us if it is a correct interpretation.