According to preliminary final count, the PTI has won 15 seats while the Pakistan Muslim League-Nawaz (PML-N) of Sharif has just four 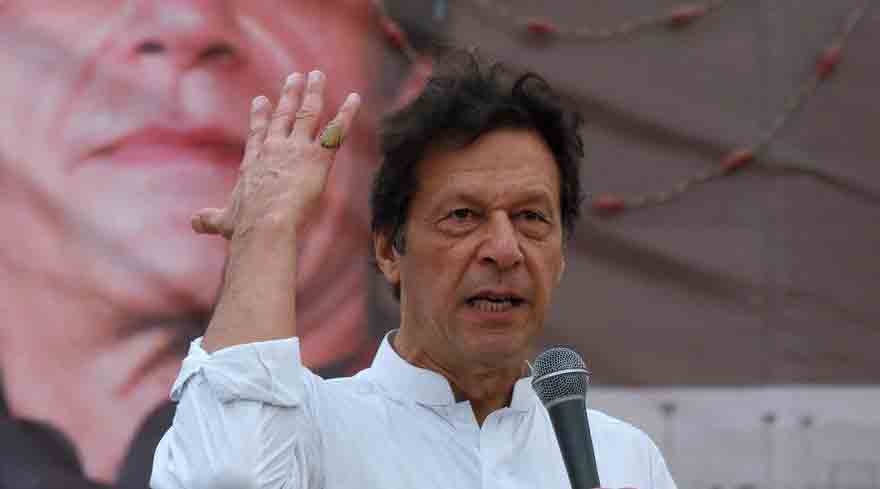 Imran Khan on Monday demanded "free and fair" general elections in Pakistan to rid the country from political instability, hours after the former prime minister's party scripted a stunning victory in crucial by-polls in Punjab and wrested control of the provincial assembly from the ruling PML-N in their home turf.

Khan's Pakistan Tehreek-e-Insaf (PTI) party won 15 of 20 seats up for grabs in the politically crucial province of Punjab on Sunday, dealing a major blow to Prime Minister Shehbaz Sharif and his 13-party alliance led by the ruling Pakistan Muslim League-Nawaz (PML-N).

According to preliminary final count, the PTI has won 15 seats while the Pakistan Muslim League-Nawaz (PML-N) of Sharif has just four. An independent candidate also won.

"There is only one way [to rid the country from political instability free and fair election. When they were removing me, I had announced general elections but courts overturned my decision. I still believe it was the right call," Khan said while addressing the nation following his party's landslide victory in the by-elections in Punjab.

The impressive victory in the by-polls has not only allowed the PTI to form the next government in Punjab, considered a stronghold of the PML-N. Lahore, the citadel of the Sharifs also fell to Khan with his party grabbing three of the four seats in Punjab's capital city.

PTI chairman Khan has thanked party workers and voters of Punjab for defeating, what he called, not just PML-N candidates, but the entire state machinery, especially harassment by police and a totally biased Election Commission of Pakistan.

I salute the people of Punjab, youth and women for coming out of their houses to vote. All of us should be grateful to Allah Almighty for witnessing a welcoming and historical day in the country, Khan said.

"The only way forward from here is to hold fair and free elections under a credible ECP. Any other path will only lead to greater political uncertainty and further economic chaos," 69-year-old Khan, who was ousted as prime minister in April after he lost a confidence vote in Parliament, said in a tweet.

The clear victory of PTI in the Punjab by-polls has turned around the number game in the Punjab Assembly, with Chaudhry Pervez Elahi now most likely to replace Hamza Shahbaz Sharif, prime minister Shehbaz Sharif's son, as the new chief minister of the province in the coming days.

Before the by-polls on Sunday, the PTI and PML-Q had already jointly attained the strength of 173 (163 of PTI and 10 of PML-Q).

Now, with 15 additional seats, PTI's strength has reached 188, two more than the 186-mark for a simple majority. One independent provincial lawmaker will likely be part of the new ruling coalition, Geo News reported.

On the other hand, the ruling coalition has 179 members with PML-N coming in as the second largest party in the Punjab Assembly with 164 members (four new), Pakistan People's Party (PPP) with seven, three independents and one member of Pakistan Rah-e-Haq party.

Two lawmakers had resigned while another is unlikely to vote for any of the candidates. Two seats are vacant in the House of 371 as a result of the resignation of PML-N provincial lawmakers.

The ruling PML-N has accepted defeat and congratulated PTI Chairman Khan for its victory in the by-polls.

"We respect the mandate of the people. Now we ask the PTI-PMLQ to form the government in Punjab," the Prime Minister's spokesperson Malik Ahmad Khan told PTI.

To a question about whether Prime Minister Shehbaz Sharif would dissolve the National Assembly to call early general elections, he said: "The PML-N leadership will decide about it in consultation with its allies.

However, Prime Minister Shehbaz has said that Khan is unfit to hold public office.

Every speech Imran Niazi delivers shows how unfit he is to hold public office. Under his direct supervision, the PTI has run a sordid campaign to defame national institutions & thus undermine Pakistan. He is rewriting Machiavellian principles of politics in his lust for power, he tweeted on Sunday.

PML-N vice president Maryam Nawaz also accepted her party's defeat. "We should accept our defeat with an open heart," the daughter of PML-N supreme leader Nawaz Sharif said in a tweet.

She said that in politics, victory and defeat are a part of the game. "We will see our weaknesses and remove them," she said.

On the other hand she called for introspection following the defeat of the ruling PML-N in its political heartland.

According to party sources, the PML-N supremo Nawaz Sharif has said that the party suffered in Punjab due to "difficult decisions", referring to mammoth hikes in prices of petroleum products and electricity tariffs among others to secure a deal from the International Monetary Fund (IMF) for the cash-strapped country.

The IMF has set tough preconditions such as hiking electricity tariffs and imposing a levy on petroleum products to revive the stalled bailout programme.

Three-time premier Nawaz Sharif, who has been living in London for medical treatment since 2019, contacted his younger brother Prime Minister Shehbaz Sharif and Chief Minister Hamza Shehbaz and directed them to call an emergency meeting of the party to discuss the future course of action in the context of the results of by-elections, The Express Tribune newspaper reported.