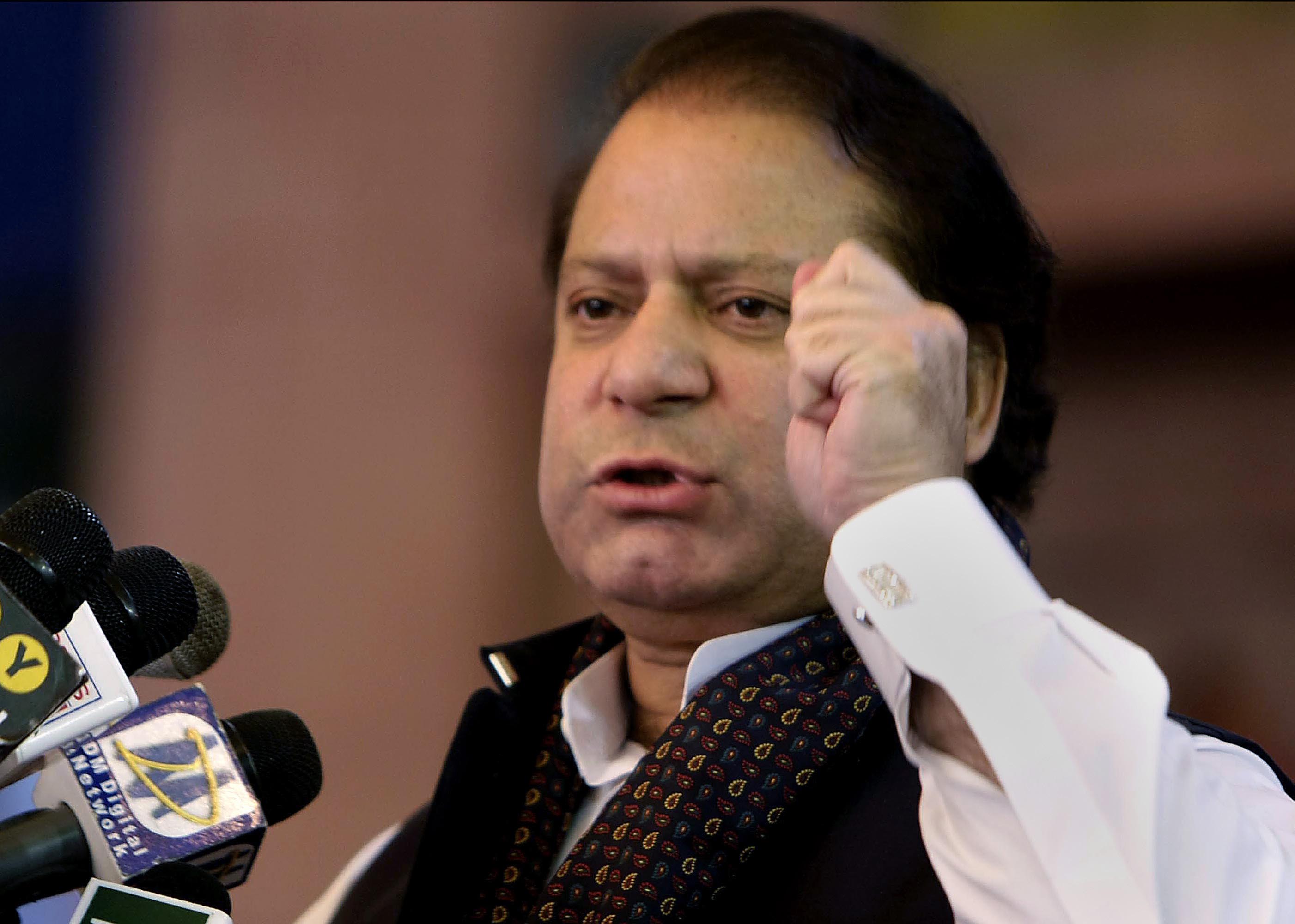 Nawaz Sharif told Lahore High Court that his family had migrated from India for its love for Pakistan.
The Telegraph file picture
PTI   |   Lahore   |   Published 22.10.18, 11:19 AM

Deposed former Prime Minister Nawaz Sharif on Monday told a court in Lahore that he is not a traitor as his family migrated from India for its love for Pakistan.

Lahore High Court on Monday held the hearing on a petition seeking action against 67-year-old Sharif under treason charges for claiming that those involved in the 2008 Mumbai terror attack belonged to Pakistan.

Former Prime Minister Shahid Khaqan Abbasi and Dawn’s journalist Cyril Almeida, who are the other respondents in the case, also filed their replies in the court.

Some 166 people were killed in the attack carried out by 10 Pakistan-based Lashkar-e-Toiba terrorists. Nine of the attackers were killed by police while lone survivor Ajmal Kasab was caught.

In his reply filed in the court, Sharif said: “How come a man who has made this country an atomic power can be a traitor?”

Sharif mentioned that his party was given more votes than any other party in this month’s bypolls, and asked: “I represent millions of Pakistanis, can they be traitors?”

He further said his family had migrated from India for its love for Pakistan. “Me and my family love every inch of this land (Pakistan),” Sharif said and dismissed allegations that he had committed any treason.

Sharif’s father Mian Muhammad Sharif had lived in Jati Umra in Punjab’s Tarn Taran district before migrating to Lahore in 1947.

In his reply, Abbasi denied that he had shared the minutes of the National Security Council meeting where Sharif’s statement on the Mumbai terror attack was discussed.

Almeida said he had not committed any treason as he had merely conducted an interview of Sharif and written what he said.

The Pakistan Electronic Media Regulatory Authority filed its reply, saying the matter had been referred to the Press Council of Pakistan.

A full-bench headed by Justice Mazahir Ali Naqvi adjourned the hearing until November 12.

The petitioner, Amina Malik, said Sharif, who had been disqualified by the Supreme Court in the Panama Papers case in July 2017 and subsequently jailed for 10 years last July in the Avenfield corruption case, had, in an interview to Dawn last May, made the remarks that those involved in the Mumbai attack case belonged to Pakistan. He had thus committed treason, Malik added.

The petitioner said the “anti-state” statement made by Sharif, a three-time Prime Minister, could be used against Pakistan by its enemies.

She said a meeting of the National Security Council was held to discuss the “misleading” statement, and later the then Prime Minister, Shahid Khaqan Abbasi, met Sharif and conveyed to him the concerns of the military leadership over his statement.

“The act of Abbasi was also a clear violation of his oath as he was bound not to allow his personal interest to influence his official conduct,” she said.

Sharif, his daughter Maryam Nawaz and son-in-law Mohammad Safdar were released last month following the suspension of their sentences by Islamabad High Court in the Avenfield properties corruption case.