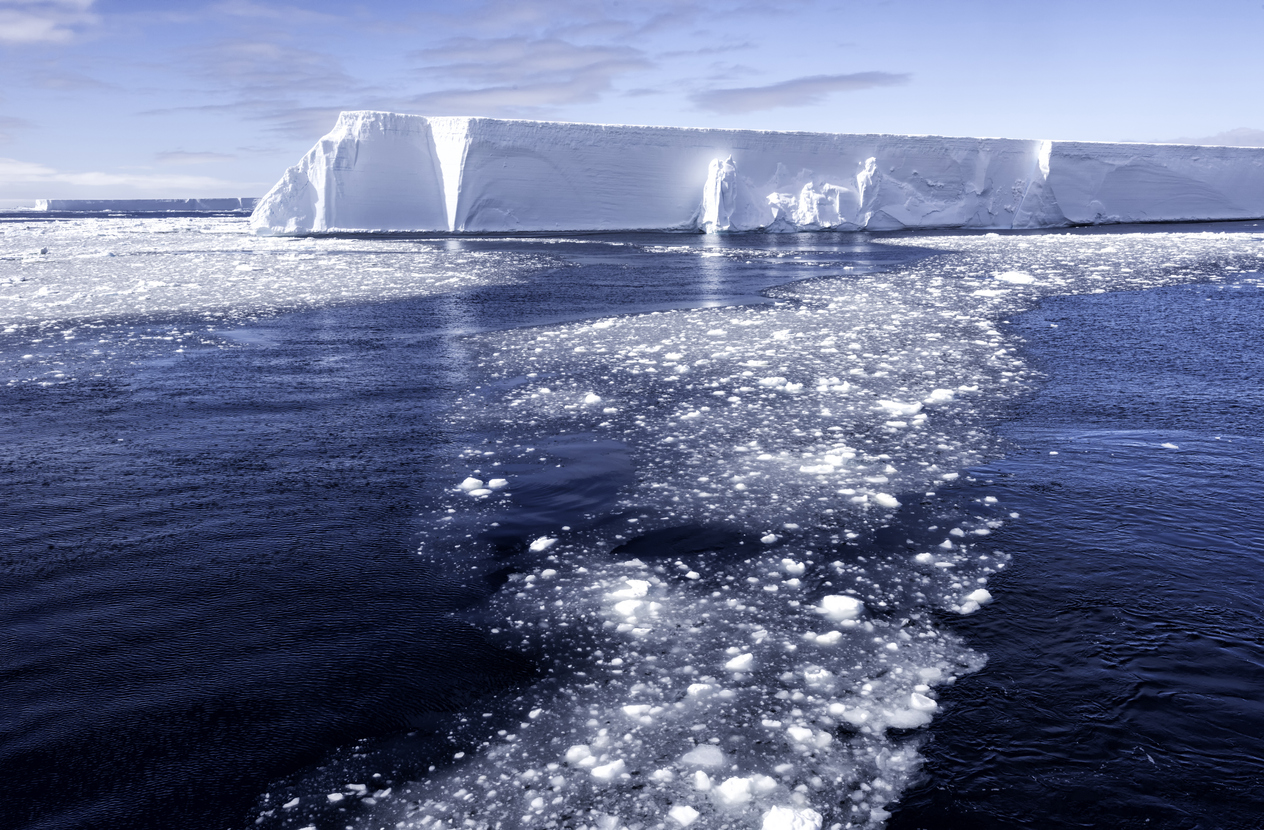 (Representational image) Amid fears that the event was sign of climate change, a geologist, who is part of the team that helped identify the split, said it is a normal behavior for an iceberg
iStock
New York Times News Service   |   New York   |   Published 02.10.19, 07:57 AM

A massive iceberg with the robotic sounding name D28 has separated in recent days from an ice sheet in Antarctica, prompting both awe and concern around the world.

Measuring 610 square miles, D28 is slightly larger than Oahu, Hawaii, and some are worried that its fracture from the Amery Ice Shelf is a signal of climate change.

“This is normal behavior for an ice sheet to lose mass like this,” said Helen Amanda Fricker, a glaciologist at the Scripps Institution of Oceanography at the University of California, San Diego. Fricker is part of the team that helped identify the calving event, the technical term for the split. She said such events happen roughly every 60 or 70 years. “The danger with this event is that it shouldn’t be interpreted out of context.”

It is true that atmospheric warming as a result of the greenhouse gasses emitted from burning fossil fuels has contributed to the melting of glaciers and ice sheets around the world, including in Antarctica. Between 2012 and 2016, Antarctica lost 219 billion tons of ice, according to the recent Intergovernmental Panel on Climate Change report. But most of that loss occurred in West Antarctica. D28, by contrast, is in East Antarctica.

Ice shelves are floating extensions of glaciers, some of which can cover more than 20,000 square miles of land. Those glaciers shed ice periodically as a way of balancing the weight they gain when snow falls on their centers. Absent that behavior, they would “just grow and grow and grow — like not cutting your hair,” said Daniela Jansen, a geophysicist with the Alfred Wegener Institute Helmholtz Centre for Polar and Marine Research in Germany.

An ice shelf “acts like a cork to hold in the flow of the ice that’s inland of the ice sheet,” said Robert L. Hawley an associate professor of earth sciences at Dartmouth College. If too much of the ice shelf is removed during a calving event, it can’t hold back the rest of the sheet anymore, potentially setting it up for a series of collapses. “It is like you are removing a cork from a champagne bottle,” Jansen said.

In the case of D28, which gets its name from a classification system used by the US National Ice Center, there’s no indication that the ice shelf left behind is unstable. And as for sea level rise, “The ice has already been afloat for decades so there will be absolutely no impact on sea level,” Adrian Luckman, chairman of the geography department at Swansea University in Wales, said by email.

Geographic events of this scale “are fascinating reminders of big things happening in remote corners of the planet, even though they are a natural part of the growth and calving cycle of ice shelves,” said Luckman, who added that we are in “the golden age of satellite earth observation.”

Being able to track events like this in real time has transformed what we know about the most remote parts of Antarctica, he said, “as well as the rapidity with which these big calving events can be detected and reported upon.”