Over 2,300 people have been arrested since June 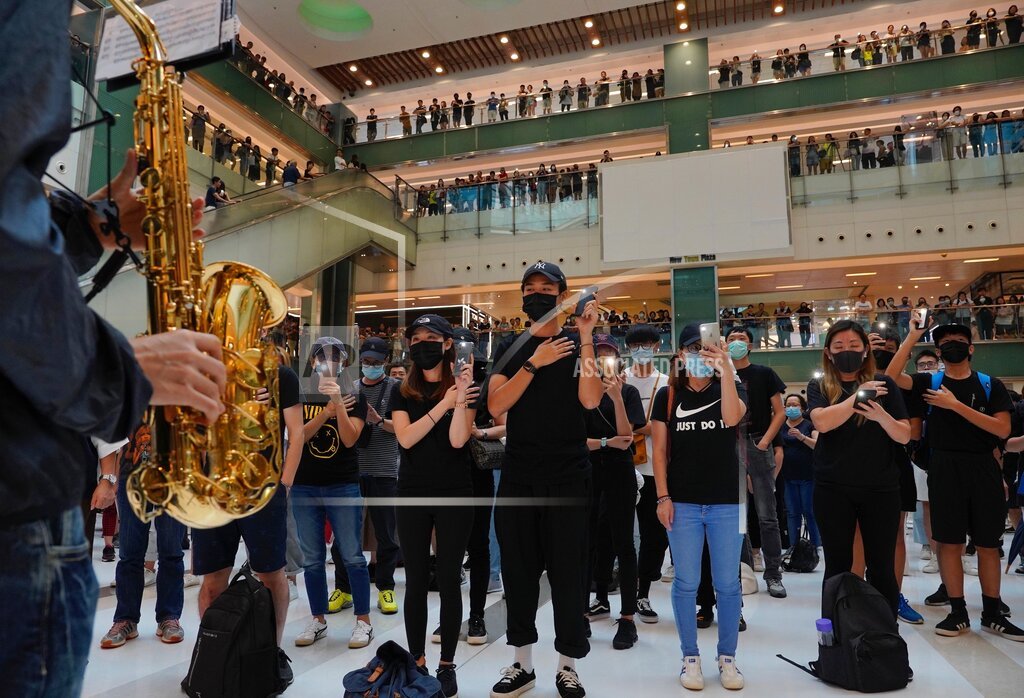 Hong Kong pro-democracy activists and riot police clashed in chaotic scenes around the city on Sunday with police in full riot gear chasing protesters through crowds of horrified lunchtime shoppers.

Several rallies in shopping mall started peacefully around midday with a few hundred people at each chanting slogans such as “Free Hong Kong”, but by late afternoon hardcore black-clad activists trashed shops and metro stations and erected road blocks around the city.

Police made numerous arrests and deployed tear gas to disperse protesters, saying they used “minimum force”. TV footage showed shoppers screaming and some injured when police charged inside the mall.

The young protesters, many wearing face masks to shield their identity, were often supported by shoppers.

In one mall a group of riot police, shields out front and pepper spray canisters in, hand were forced to retreat backwards by chanting shoppers until they were outside of the mall.

In another incident, a group of 50 shoppers inside a mall faced off against riot police outside, chanting “Hong Kong police mafia”. The shoppers cheered when police drove off.

Hong Kong’s police, once praised as “Asia’s finest”, have been accused of using excessive force in dealing with protesters and have lost the confidence and respect of many Hong Kongers.

“Hong Kong used to be a prosperous city and now she has become a police state. Hong Kong is my home. We should protect her. We should resist,” said a 70-year-old who only gave his last name, Hui.

He was part of a group of 60-to 70-year-olds on Nathan Road, Kowloon, cheering the protesters, urging them to block the road and warning them when police were returning.

Hong Kong has been battered by four months of often massive and violent protests against what is seen as Beijing’s tightening grip on the Chinese-ruled city.

The protests started in opposition to a now-abandoned extradition bill but have widened into a pro-democracy movement and an outlet for anger at social inequality in the city, which boasts some of the world’s most expensive real estate.

The unrest has plunged the city into its worst crisis since Britain handed it back to China in 1997 and poses the biggest popular challenge to Chinese President Xi Jinping since he came to power in 2012.

Hong Kong is facing its first recession in a decade because of the protests, with tourism and retail hardest hit.

Hong Kong’s protests have taken on an element of civil disobedience by residents angry at what they see as excessive force by riot police and a heavy-hand by the government, which introduced colonial-era emergency laws to quell unrest.

More than 2,300 people have been arrested since June.