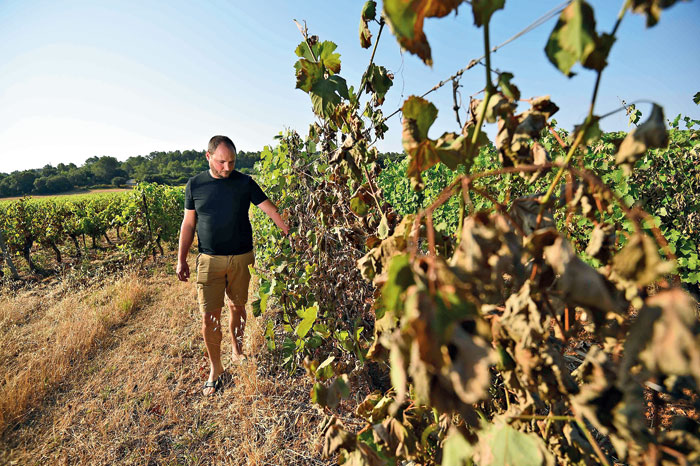 In a letter dated July 2, 1836, Emily Eden, an English poet and sister of the then Governor-General of India George Eden, writes from Barrackpore: “The weather has been better through the last fortnight; occasional days of pouring rains when we can have the windows open, and there have been two or three evenings this last week which were really pleasant — something like the hottest summer evenings of that exquisite country, England — with a little air stirring, and no necessity for gasping with one’s tongue hanging out, like Chance.” Nearly 200 years later, Julys in India (Barrackpore is in Bengal’s North 24 Parganas) have changed incrementally but it is safe to say the definition of “hottest summer evenings” of England has undergone a sea change.

“In recent years, studies from all over the world have made it abundantly clear that rising global temperatures is a fact,” says Sutapa Chaudhuri who has only recently retired from Calcutta University where she was head of the department of atmospheric sciences. “Climate change is real and not some ‘libtard’ conspiracy,” she adds.

Last week, the French city of Bordeaux registered a temperature of 41.2°C (the average high temperature is usually 27°C). It was reported that people in Germany were sharing maps on social media of air-conditioned buildings and cafes in their area. The official handle of Lord’s Cricket Ground & Marylebone Cricket Club put out a tweet saying because of the heatwave forecast for the first two days of the England versus Ireland Test, “MCC has decided to dispense with the requirement for Members to wear jackets to the Ground and in the Pavilion...” The mayor of New York declared a heat emergency for the city. Alaska was baked at 90°F (32.2°C) on June 14. Satellite images revealed fires across Greenland and Siberia. And in neighbouring China, the Meteorological Observatory of Hebei Province issued an orange alert for high temperatures.

According to Chaudhuri, scientists from research institutes around the world have been acquiring temperature data from a wide number of locations all over the planet. She says, “Their records date back to as early as the 1880s. And upon careful analysis, it has been found out that temperatures have risen to north of 1°C above pre-industrial levels.” (Pre-industrial time is the period between 1850 and 1900. Pre-industrial temperatures were way cooler than what we experience now.)

This basically means that we did not arrive at this freakish weather trend overnight, we were inching towards it for the last 200 years.

In 2013, the Intergovernmental Panel on Climate Change — a body of the United Nations — concluded its fifth assessment report. It stated that the climate system has warmed and the influence of humans on climate change is clear.

Chaudhuri, though, talks about a shift in orbital cycles. She says, “It is said this has influenced the amount of sunlight falling on the northern hemisphere. This played an important role in the melting of glaciers.” She also talks about human activities such as burning of fossil fuels and deforestation that contributed to increasing temperatures by releasing excess carbon dioxide into the atmosphere.

A heatwave is a period of time when days are unusually hotter than expected. “Think of a dish being microwaved for too long,” says Chaudhuri, helpfully. Heatwaves occur during the summer months of April to June in India. Quoting a study, Chaudhuri says, “Over the last decade, heatwaves are five times more likely than if there had been no global warming. This means there is an 80 per cent chance that current heat records are caused by humans.”

The study Chaudhuri quotes is a 2013 paper titled “Global increase in record-breaking monthly-mean temperatures” written by Dim Coumou, Alexander Robinson and Stefan Rahmstorf. It relied on 131 years of monthly temperature data for more than 12,000 grid points around the world, provided by Nasa. It states that rise in records has been especially steep over the last 40 years, a period that saw an approximately linear increase in monthly global mean temperatures. It takes into account events that contribute to rising temperatures, such as El Nino, but it also says that records wouldn’t have been so consistently shattered had it not been for the big shove from global warming. Coumou, Robinson and Rahmstorf write, “Under a medium global warming scenario, by the 2040s we predict the number of monthly heat records globally to be more than 12 times as high as in a climate with no long-term warming.”

Is it possible to have no long-term warming? With a twinkle and a chuckle, Chaudhuri invokes Susan Solomon, “one of the elite climate scientists in the world”. She says, “In a paper she wrote about 10 years ago, Solomon says that even if we were to try to stop the depletion of the ozone layer by solar radiation management, carbon emissions would continue to increase. And future carbon dioxide emissions in the 21st century will lead to adverse and irreversible climate change.” She continues, “Here, irreversibility means carbon emissions to date have already altered the climate for at least a thousand years to come.”

Chaudhuri is no alarmist. In her opinion, with human development and greater industrialisation, warming is inevitable. She says, “Climate change is obvious and expected, but it is variability that is more crucial.” She talks about how the increase in warming of both land and water bodies has increased the frequency and intensity of certain types of extreme weather. How warming is causing heavy downpours. How it is also causing longer dry periods between rains. This, coupled with more evaporation due to higher temperatures, intensifies drought.

So what does she prescribe? Says Chaudhuri, “Alongside study of climate change, research carefully and with precision climate variability — local and global. Therein must lie some key to a pleasant future.” That Emily Eden was one lucky girl; she had no idea how lucky.