At least 11 killed in attack on Sikh gurudwara in Kabul 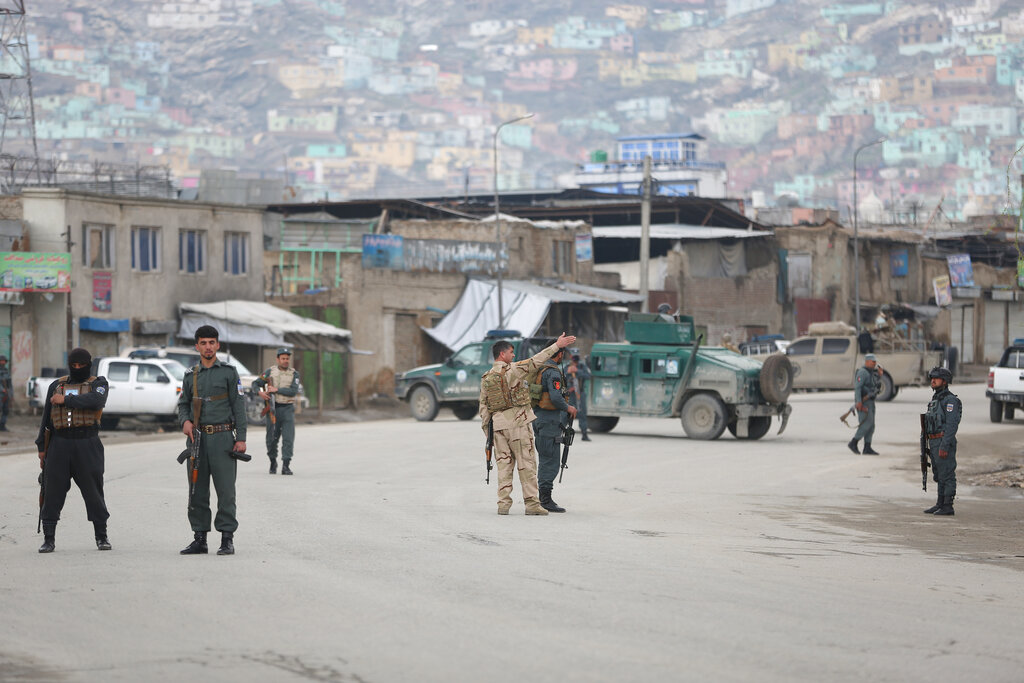 Unidentified gunmen and suicide bombers stormed a Sikh gurdwara in the heart of Afghanistan's capital of Kabul on Wednesday, killing at least 11 worshippers and wounding as many, in one of the deadliest attacks on the minority community in the country, according to a media report.

The gunmen attacked the gurdwara in Shor Bazar area at about 07:45 (local time) as 150 worshippers were inside the building.

'At least 11 people have been killed and 11 others wounded in attack at Dharamshala, a Sikh worship area in PD1 of Kabul,' Tolo News quoted a security source as saying.

'Three attackers are still fighting with security forces and one has been shot. Foreign troops have also responded to the attack on Dharamshala, a Sikh temple in PD1,' it said in a tweet.

Kabul police said that at least 11 children have been rescued from the gurdwara.

Sikh lawmaker Nardendar Singh Khalisa told reporters close to the scene that up to 150 people were praying inside the gurdwara when it came under attack.

'Afghan forces have cleared the first floor of a Sikh worship area in PD1 of Kabul, where suicide bombers are battling security forces,' interior ministry spokesman Tariq Arian was quoted as saying in the report.

'A number of people have been rescued who were trapped inside the building,' he said.

The country's main militant group, the Taliban, has denied involvement in the attack.

Taliban spokesperson Zabiullah Mujahid said in a statement that the militant group had no link with the attack in Shor Bazar area of Kabul, Khama News agency reported.

Sikhs have suffered widespread discrimination in the conservative Muslim country and have also been targeted by Islamic extremists. Under Taliban rule in the late 1990s, they were asked to identify themselves by wearing yellow armbands, but the rule was not enforced. In recent years, large numbers of Sikhs and Hindus have sought asylum in India, which has a Hindu majority and a large Sikh population.

In July 2018, a convoy of Sikhs and Hindus was attacked by an Islamic State suicide bomber as they were on their way to meet Afghan President Ashraf Ghani in the eastern city of Jalalabad, the capital of Nangarhar province. Nineteen people were killed in that attack.