News that made us hopeful for a better world

Amidst headlines which have left us in despair, here are times the world rejoiced in 2019 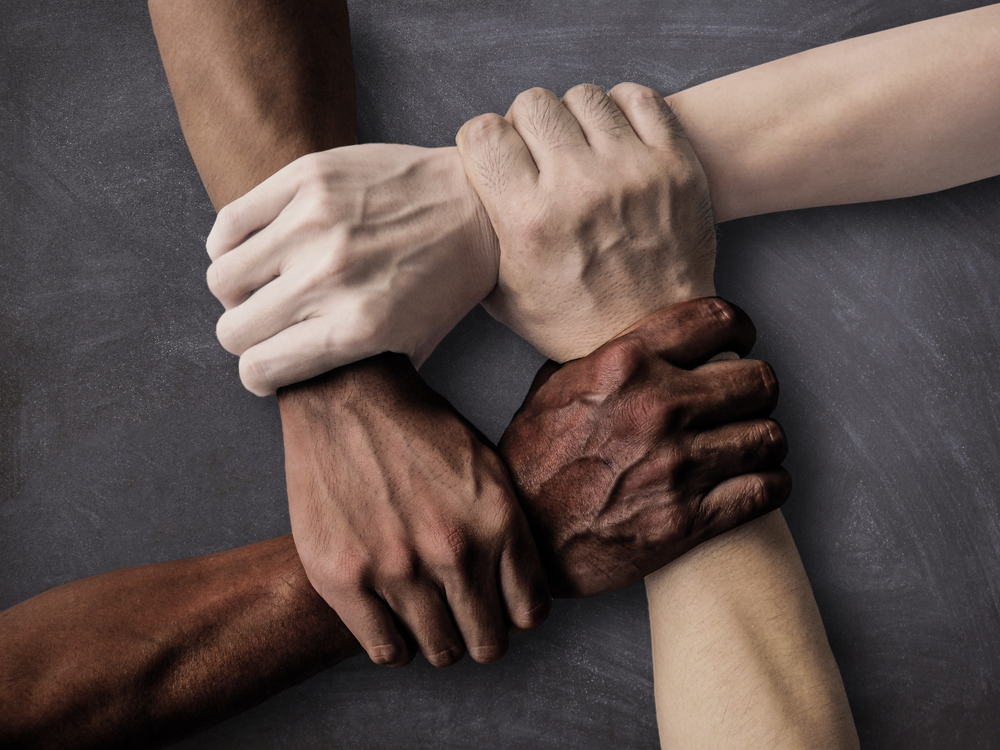 A lot of us have fervently wished for a Shift+Delete option that could permanently delete or undo a lot of depressing and terrifying occurrences around the world in 2019 – may it be the crisis in Venezuela, Hong Kong, the Notre Dame fire, the global rise of the far right, or the brutal crackdown of the CAA protests closer home. But if you sift through all the dismal headlines that left us in gloom, you will find flickers of hope – ‘cause “You can cut all the flowers but you cannot keep Spring from coming.”

YouTube is changing its community guidelines to ban videos promoting the superiority of any group as a justification for discrimination against others.
Shutterstock

Over 1,500 suicides and 15,000 suicide attempts are reported annually in Sweden.
Shutterstock

Women in a village near Mathura began producing the colourful, pyjama-like garments for elephants.
Wildlife SOS

Zeenat Khan of Kanpur’s Bakratganj was all set to get married to Hasnain Farooquee from Prtapgarh on December 21, 2019. Image used for representational purpose.
Shutterstock

Karen Uhlenbeck, mathematician and professor at the University of Texas.
Uhlenbeck's Twitter Page

Thousand People Gathering in Front of the Presidential Office Building of Taiwan to Support Same-Sex Marriage and the LGBT Rights.
Shutterstock

Scientists may have found a reliable way to use a bacterial enzyme to convert any type of blood into type O.
Shutterstock

Divya was visiting the school in hope for leftovers from the mid-day meal served to students
Photograph of the Telegu daily page.

The 116th class of Congress comprised the most diverse mix of individuals in US History. Image used for representational purpose.
Shutterstock

Being trans will no more be considered to be a mental illness per WHO. Image used for representational purpose.
Shutterstock

Stem cell transplant can prove to be the cure for HIV AIDS.
Shutterstock

The term the World Health Organization uses to describe transgender people – “gender incongruence' – is being moved to the panel's sexual health chapter from its mental disorders chapter, the WHO's legislative body has voted. The new classification is expected to improve social acceptance among transgender people while still making important health resources available.

Women in a village near the Wildlife SOS Elephant Conservation and Care Centre in the northern city of Mathura reportedly began producing the colourful, pyjama-like garments for elephants, after staff at the centre warned temperatures were approaching sub-zero at night.

YouTube is changing its community guidelines to ban videos promoting the superiority of any group as a justification for discrimination against others based on their age, gender, race, caste, religion, sexual orientation, or veteran status, the company said today. The move, which will result in the removal of all videos promoting Nazism and other discriminatory ideologies, is expected to result in the removal of thousands of channels across YouTube.

Karen Uhlenbeck, a mathematician and professor at the University of Texas became the first woman recipient of the Abel Prize, a mathematics prize modeled after the Nobel Prize. Uhlenbeck, 76, is known for her work with partial differential equations. However, her decades-long career spans multiple disciplines, including physics, geometry and quantum theory.

Timothy Ray Brown, also known as the Berlin patient became the second man in the world to be in remission from HIV after stem cell transplant.

Over 1,500 suicides and 15,000 suicide attempts are reported annually in Sweden. In order to tackle this, Stockholm’s care services have introduced the Psychiatric Emergency Response Team (PAM) – an ambulance dedicated only to mental health care. It’s the first of its kind in the world, essentially an emergency response therapy room that can travel at 70 miles per hour.

Scientists may have found a reliable way to use a bacterial enzyme to convert any type of blood into type O, which is compatible with nearly everyone. This will lead to saving thousands of lives which are lost due to the unavailability of rare blood groups and types in blood banks.

The 116th class of Congress comprised the most diverse mix of individuals in US History. A record number of women will serve in the new legislature. Many of those women broke barriers to get to Congress: Muslim women will serve for the first time as will Native American women. Texas sent its first Latina representatives to Congress, and Tennessee elected its first female senator.

Colombian women with visual impairments trained to detect breast cancer are outperforming doctors. Medical tactile examiner (MTE), a role created especially for women who are blind and have higher sensitivity in their fingertips. According to Dr Frank Hoffmann, a gynaecologist, who created Discovering Hands to improve early detection, visually impaired women can detect about 30% more tissue alterations than doctors. Moreover, those changes can be 50% smaller than those usually identified by medics.

Theresa Kachindamoto became the first chief of the southeast African Republic of Malawi to annul over 1,500 child marriages, and sent young girls back to school. She also made tribal practices to accept the parliament’s law which deemed the legal age for marriage at 18.

Taiwan’s parliament voted to legalize same-sex marriage in May 2019, making it the first place in Asia to do so.

Iceland has been rated the world’s most gender-equal country. It was the first to directly elect a female president, nearly half its MPs and company directors are women, and first-class daycare and parental leave help ensure almost four in five women have jobs. Now the country has also passed legislation, in order to strengthen its 1961 equal pay act, which states that any public or private body in Iceland employing more than 25 people that has not been independently certified as paying equal wages for work of equal value will face daily fines.

Zeenat Khan of Kanpur’s Bakratganj was all set to get married to Hasnain Farooquee from Prtapgarh on December 21, 2019. But when anti-CAA protests and subsequent police crackdown left the city in terror, family members were ready to cancel the wedding. It is then Vimal Chapadiya, Zenaat’s neighbour, organized 70 Hindus to form a human chain to safely escort the groom’s wedding procession to the venue

A daytime disco for over-65-year-olds in the Korean capital Seoul is the first of its kind organised by the local government. It aims at tackling loneliness and dementia in the rapidly ageing country.

A photograph of a little girl, peering into a school classroom with an empty bowl in hand was first published by a Telegu daily. The girl was photographed at the Deval Jham Singh Government High School in Gudimalkapur. She was visiting the school in hope for leftovers from the mid-day meal served to students. Soon after the photograph went viral on social media after Venkat Reddy, the National Convenor at MV Foundation, an NGO that works for the rights of the girl child, shared it on Facebook. He then coordinated with other individuals and organizations to help Divya (the little girl) to get admission in the same school.