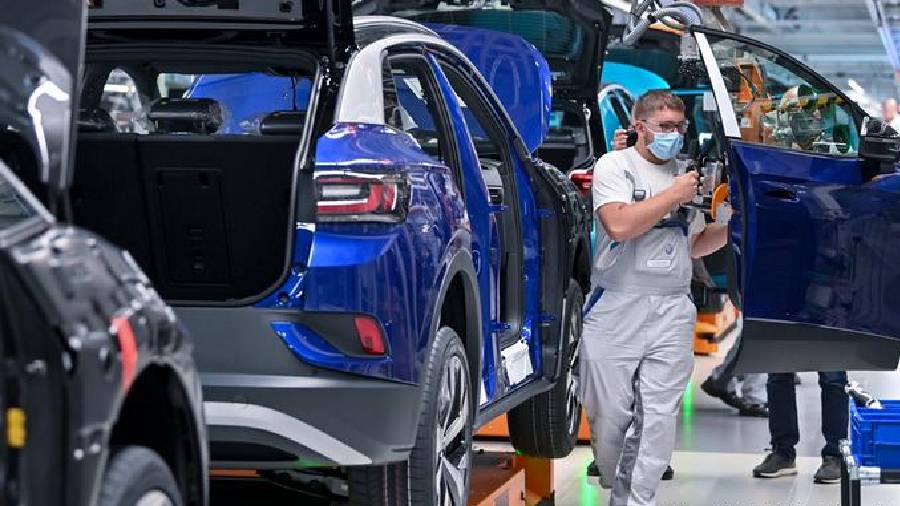 The fear is that German economic output will be particularly hard hit if Russia turns off the gas completely
Deutsche Welle
Deutsche Welle   |   Published 30.07.22, 01:15 PM

Germany saw zero growth in the second quarter of the year, according to figures released on Friday by the German Federal Statistic Agency, Destatis.

The agency said the stagnation was due to difficult framework conditions in the global economy, including the COVID-19 pandemic, interruptions in supply chains, and the war in Ukraine.

What does the data say?

Destatis said the economy was supported mainly by household and government spending, whereas weaker exports had a downward effect on growth.

However, growth was up by 1.5% compared with the second quarter of 2021, when the German economy was strongly affected by the consequences of the third wave of the COVID-19 pandemic.

Meanwhile, growth in the first quarter was revised upwards to 0.8% from an initial estimate of 0.2%.

The numbers come at the same time as figures for the wider eurozone — of which Germany is the traditional economic powerhouse — showed that growth was actually up.

Ahead of the data, Germany's LBBW bank had already lowered its expectations, saying that it saw Germany and the wider world slipping into recession as 2022 progressed.

"The whole world is in reverse gear, including the major economies like the USA," said the bank's chief economist Moritz Kraemer.

For the year as a whole, Kraemer said he expected economic growth in Germany to be in negative figures for 2023.

The figures would be markedly worse, he said, if Russian President Vladimir Putin turns off the gas supply to Europe completely in response to Western sanctions over the war in Ukraine.

"The recession will be relatively mild unless Putin turns off the gas supply," says Kraemer. "If that happens, a very severe recession is inevitable. Economists speak of a recession when an economy shrinks for two consecutive quarters."

Despite the grim predictions, confidence in German stocks appeared resilient with the DAX index 0.8% up by mid-afternoon in Friday trading.