The statues had 'racist' daubed on the imposing structure 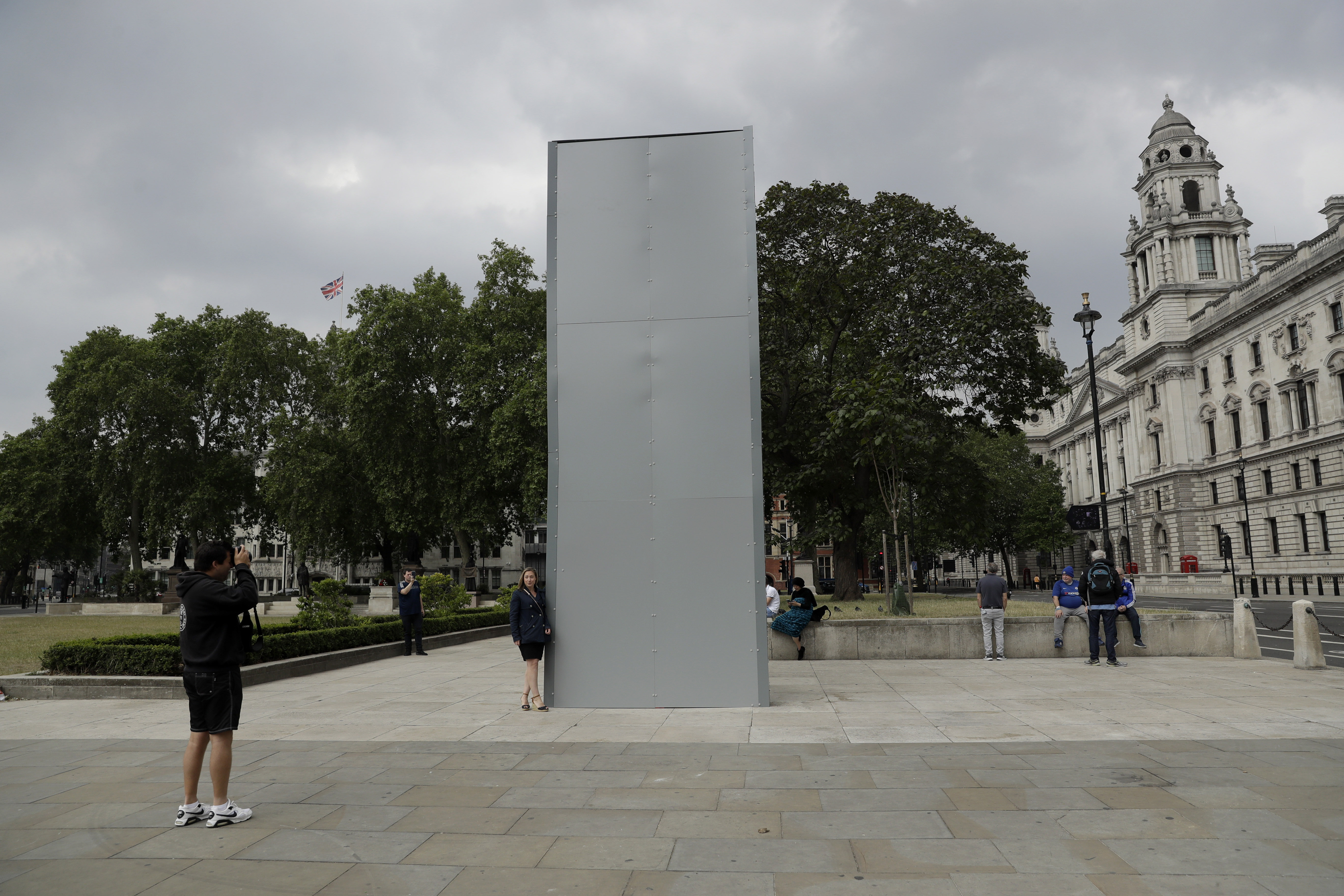 The statue of Mahatma Gandhi, defiled by “Black Lives Matter” activists who daubed the word “Racist” on the pedestal steps and flicked white paint on the bronze, has been boarded up ahead of further demonstrations.

But the principal target of the BLM activists is Winston Churchill, who may have survived Hitler but is now thought to the vulnerable to what the former Ukip leader Nigel Farage has condemned as “a new form of the Taliban”.

In response to his inflammatory comment, the Right-winger has been stripped of his role as a high profile presenter on LBC talk radio in London “with immediate effect”.

The statue of Churchill in Parliament Square, which looks out towards the Palace of Westminster, had “Racist” daubed on the imposing structure, which is too big to pull down. The graffiti has been cleaned off only for “racist” to be daubed on it again.

Churchill has now disappeared completely from view inside a hastily erected steel box, while barricades have been put around Abraham Lincoln’s statue which stands in front of the Supreme Court just behind that of Gandhi.

Curiously, the statue of Nelson Mandela — he is to Gandhi’s right — has been also been boarded up, possibly because he is likely to be a target of white anti-BLM “thugs”.

The Cenotaph in Whitehall, which pays tribute to “The Glorious Dead” from the world wars, is also protected. There had been an attempt to burn a union flag on the structure.

Churchill has been called a “war criminal” by Shashi Tharoor because of his alleged involvement in the Bengal Famine of 1943 but Gandhi’s biographer, Ramachandra Guha, argues this is “going too far” though he concedes the British leader “was a racist”. Amartya Sen is more aligned to Guha’s line. and once took issue with the views advanced by the historian Madhusree Mukerjee in her book, Churchill’s Secret War: The British Empire and the Ravaging of India during World War II.

The Prime Minister Boris Johnson, who possibly considers himself a latter day Churchill and has written a laudatory book on the wartime leader considered the “greatest Briton of all time” (BBC poll), gave quite a nuanced response on Friday.

He said: “It is absurd and shameful that this national monument should today be at risk of attack by violent protestors. Yes, he sometimes expressed opinions that were and are unacceptable to us today, but he was a hero, and he fully deserves his memorial.

“We cannot now try to edit or censor our past. We cannot pretend to have a different history. The statues in our cities and towns were put up by previous generations.

“They had different perspectives, different understandings of right and wrong. But those statues teach us about our past, with all its faults. To tear them down would be to lie about our history, and impoverish the education of generations to come.

“Whatever progress this country has made in fighting racism – and it has been huge – we all recognise that there is much more work to do.

“But it is clear that the protests have been sadly hijacked by extremists intent on violence. The attacks on the police and indiscriminate acts of violence which we have witnessed over the last week are intolerable and they are abhorrent.

“The only responsible course of action is to stay away from these protests.”

With some 80 statues and monuments on the BLM hit list – the Mail has published a map of the UK with the locations – the job of protecting them is beyond the police.

This is why the home secretary Priti Patel, who is responsible for law and order and is herself a target for black Labour activists, and the justice secretary Robert Buckland are considering rushing in a “Desecration of War Memorials Bill”, which would aim to make it easier to prosecute vandals.

The mayor of London, Sadiq Khan, who is setting up a committee to review the hit list, ordered the boarding up of the monuments.

He said: “I’m extremely concerned that further protests in central London not only risk spreading Covid-19, but could lead to disorder, vandalism and violence.

“Extreme far-right groups who advocate hatred and division are planning counter-protests, which means that the risk of disorder is high. Be in no doubt these counter-protests are there to provoke violence, and their only goal is to distract and hijack this important issue. Staying home and ignoring them is the best response this weekend.”