The discovery began in Paris on January 3, 1983 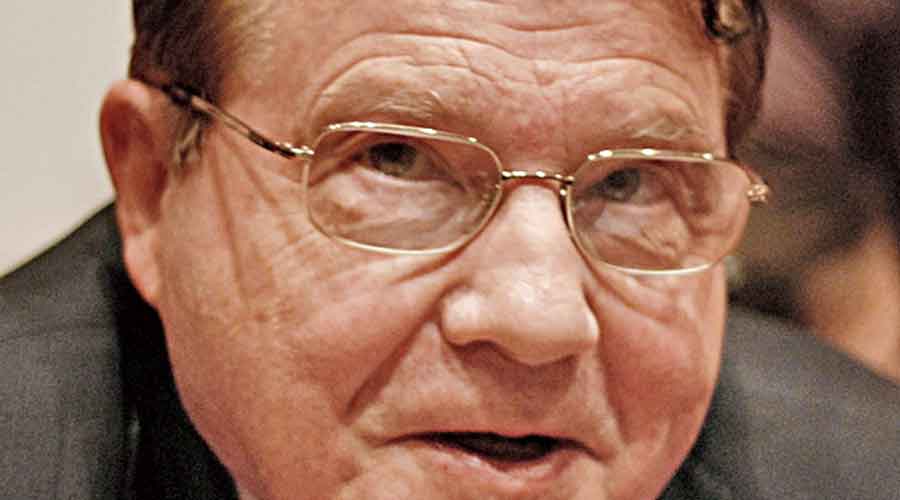 Luc Montagnier, a French virologist who shared a Nobel Prize for discovering the virus that causes AIDS, died on Tuesday in the Paris suburb of Neuilly-sur-Seine. He was 89.

For all the glory Dr Montagnier earned in discovering the virus, today known as HIV, in later years he distanced himself from colleagues by dabbling in maverick experiments that challenged the basic tenets of science. Most recently he was an outspoken opponent of coronavirus vaccines.

The discovery of HIV began in Paris on January 3, 1983. That was the day that DrMontagnier (pronounced mon-ton-YAY), who directed the Viral Oncology Unit at the Pasteur Institute, received a piece of lymph node that had been removed from a 33-year-old man with AIDS.

Dr Willy Rozenbaum, the patient’s doctor, wanted the specimen to be examined by Dr Montagnier, an expert in retroviruses. At that point, AIDS had no known cause, no diagnostic tests and no effective treatments. Many doctors, though, suspected that the disease was triggered by a retrovirus, a kind of germ that slips into the host cell’s DNA and takes control, in a reversal of the way viruses typically work; hence the name retro.

From this sample Dr Montagnier’s team spotted the culprit, a retrovirus that had never been seen before. They named it LAV, for lymphadenopathy associated virus.

The Pasteur scientists reported their landmark finding in the May 20, 1983, issue of the journal Science, concluding that further studies were necessary to prove LAV caused AIDS. The following year, the laboratory run by the American researcher Dr Robert Gallo, at the National Institutes of Health, published four articles in one issue of Science confirming the link between a retrovirus and AIDS.