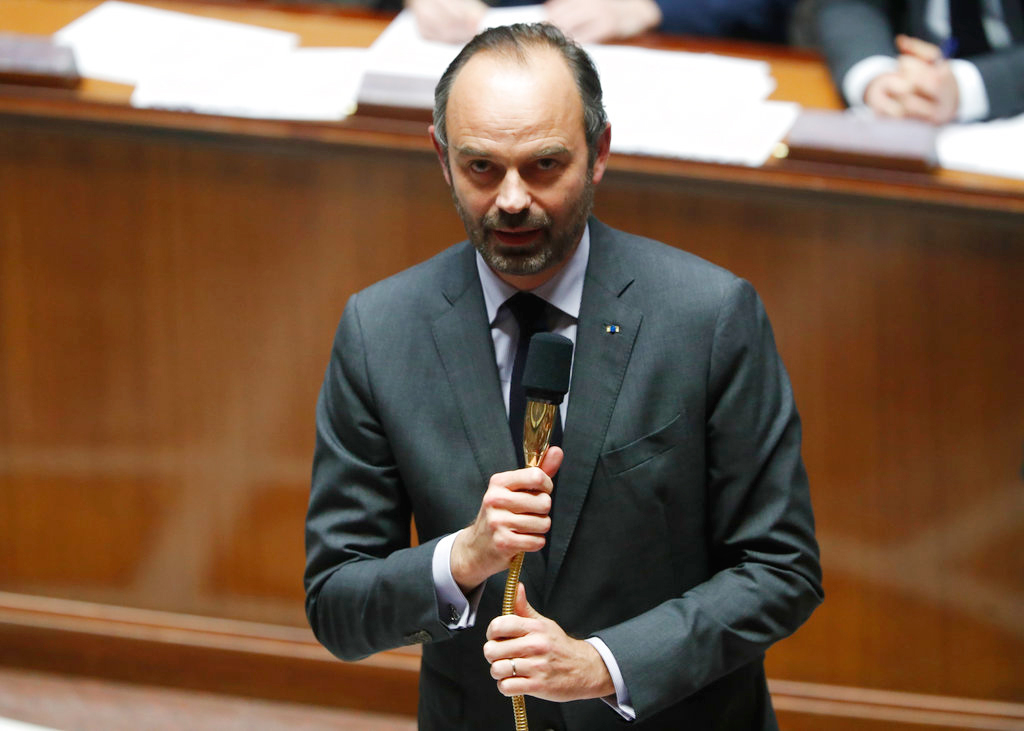 In a major concession by President Emmanuel Macron, France will suspend for six months a tax increase on petrol and diesel that had been slated for January, in an attempt to quell weeks of protests and rioting by the so-called Yellow Vests movement.

Prime Minister Édouard Philippe announced the move on Tuesday after briefing lawmakers in a closed-door meeting in parliament. “No tax warrants putting the unity of the nation in danger,” Philippe said.

For the past month, the Yellow Vests protest movement has swept across France, clashing with the police and wreaking havoc in Paris and other major cities, defacing famed monuments such as the Arc de Triomphe.

The projected fuel tax increase was equivalent to only a few cents a gallon, but it proved to be a tipping point, sending tens of thousands of protesters into the streets.

Many came from small villages and towns, where living standards are in decline, even as France is already one of the highest-tax nations in Europe in an era of stagnant salaries.

It was not immediately clear whether the government’s announcement, which also delayed new vehicle inspection measures and increases in fuel and electricity rates, would be enough to calm the demonstrations. Initial reaction from spokesmen for Yellow Vest protesters was negative.

“We’re not satisfied because the French have been struggling for years now,” Benjamin Cauchy, one of the spokesmen, said on BFMTV.

“This could have been done weeks ago, and we would have avoided all these problems. Our demands are much bigger than this moratorium. They’ve got to stop hitting the wallets of the small earners. We want a better distribution of wealth, salary increases. It’s about the whole baguette, not just the crumbs.”

Lionel Cucchi, a spokesman in Marseille, told BFMTV that protesters were prepared to continue.

“There’s no guarantee it won’t come back in six months,” he said of the fuel tax. “There will be more demonstrations. We remain mobilised.”

Macron has made it a hallmark of his government not to give in to the kind of street protests that often forced his predecessors to back down. But this time he apparently had no choice. The Prime Minister spent most of Monday consulting representatives of the country’s main political forces.

“One would have to be deaf and blind not to see or hear the anger,” Philippe said on Tuesday, saying it came from the “France that works, and works hard, and that is having trouble making ends meet.”

The tax increase was one in a series of increments meant in part to help finance the transition to cleaner energy.

But it set off the Yellow Vests movement — named after the high-visibility jackets that all drivers must have — that amounted to the biggest challenge to Macron’s presidency since he was elected in 2017. The movement quickly latched onto much wider and deeper discontent with Macron’s fiscal policies.