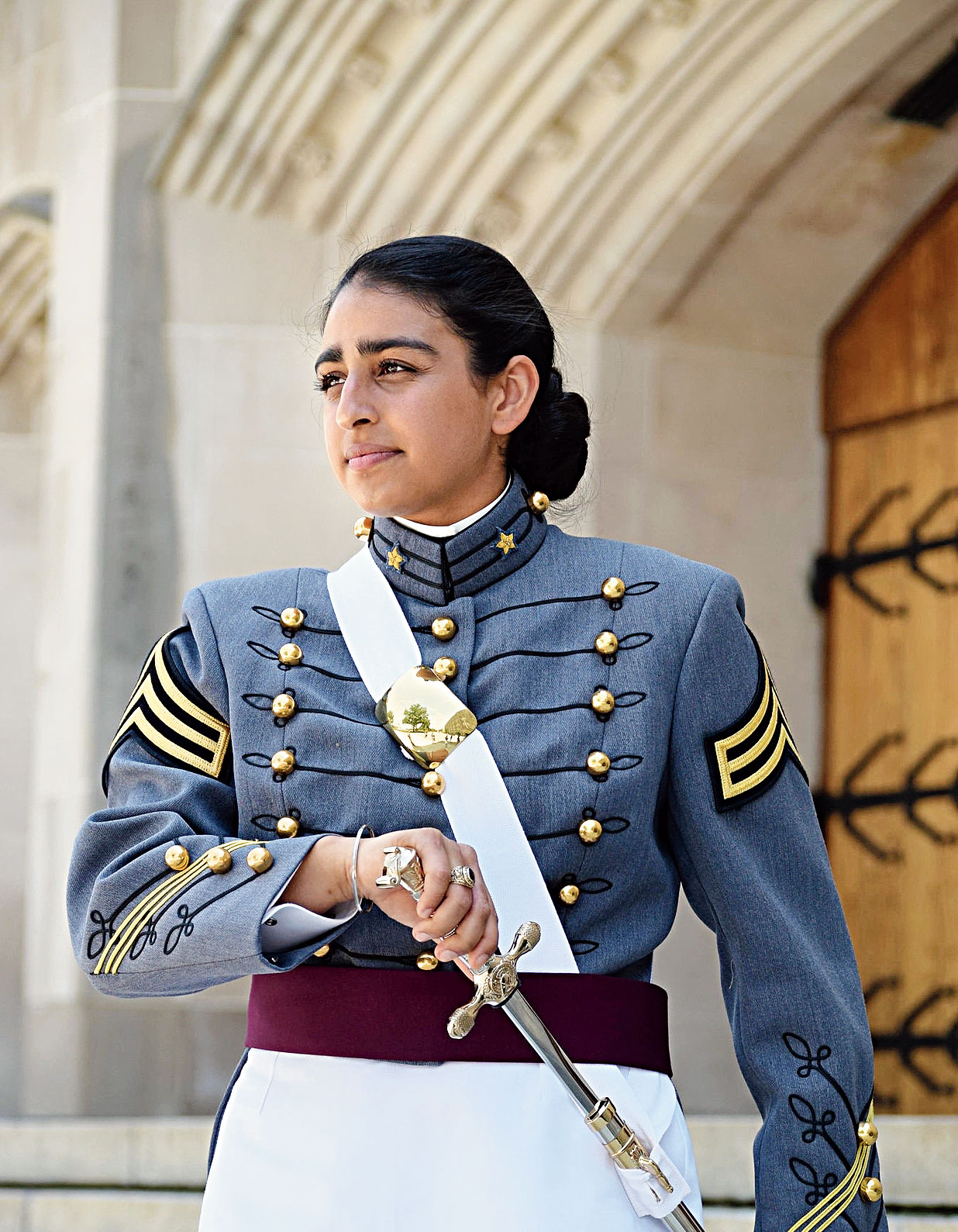 When President Trump takes the stage to deliver the commencement speech at West Point, one of the new army officers he will be addressing will be an Indian-American woman breaking a barrier as old as the 218-year-old military academy.

The woman, Anmol Narang, 23, a newly minted second lieutenant, will become the first observant Sikh to graduate from the US Military Academy, a milestone that comes as racism appears to be on the rise within the military’s ranks and as Sikhs still face discrimination in some of its branches.

With the exception of the army and the air force, the military largely prohibits its members from serving with turbans, unshorn hair or unshorn beards — all of which are articles of faith for Sikhs.

Lieutenant Narang, who grew up in Roswell, Georgia, said military service was always in her blood. “My grandfather was in the Indian Army,” she said in an interview. “It was always a big part of my life and something I was always interested in.”

She recalled mailing her application to West Point from a hotel in Hawaii during her junior year in high school. She had just visited the Pearl Harbor National Memorial and felt inspired to serve.

While Lieutenant Narang is the first observant Sikh to graduate from the academy, she is not the first Sikh cadet to do so.

During his time as a West Point cadet, Simratpal Singh cut his hair short and kept his beard shorn. Having to do so caused him “significant shame”, according to a lawsuit he filed against the defence department in 2016, after he had become an army captain. He was seeking an accommodation so he could practice his religion and serve in the military.

Captain Singh was ultimately granted permission to serve while wearing a turban and a beard, a victory that paved the way for future Sikh service members to be granted religious exemptions.

West Point has worked to enroll more minority recruits — last year’s graduating class was its most diverse ever and included the highest number of black women in the academy’s history — but remains predominantly white and male.

“Diversity must never be an afterthought,” Katie Felder, a West Point spokeswoman, said in a statement. “It must be a thoughtful and purposeful approach to ensure that we get the right talent and the right mix of talent that will represent the nation we are sworn to defend.”

On Saturday, about 1,100 cadets are expected to receive their diplomas. Lieutenant Narang is one of nearly 230 women in the 2020 graduating class, which is 12 per cent African-American, 9 per cent Asian, 9 per cent Hispanic and less than 1 per cent Native American.

Despite being a minority within a minority on campus, Lieutenant Narang said she did not feel isolated as a student there. In some ways, she said, it was easier to fit in as a female Sikh cadet than if she had been a man.

Two male practicing Sikh cadets are behind Lieutenant Narang, and they received religious accommodations from the academy to grow facial hair and wear turbans. The Army standard for women’s hair says that a bun must be no larger than 3.5 inches in diameter.

For Lieutenant Narang, whose hair hangs to her knees, it took some practice to pin a bun tight enough to meet the requirement, but she did not need a religious accommodation.

Breaking an ethnic barrier on campus showed itself in unexpected moments, she said.

“On the second day of basic training, the chaplain approached me as he was going around looking at religious preferences and said, ‘You have “unidentified” for a religious preference,’” Lieutenant Narang said. “He asked me, ‘Do you not have a religious affiliation?’ I said, ‘That’s because Sikhism wasn’t on the list for me to include it.’”

Like the rest of her graduating class, Lieutenant Narang was required to return to campus two weeks ahead of the ceremony to quarantine before Trump’s speech. When asked about her thoughts on the commencement speaker, she said that she would “prefer to not talk about that”.

After West Point, Lieutenant Narang plans to attend a basic officer leadership course. In early January, she is expected to assume her first post at the Kadena Air Base in Okinawa, Japan.

Sent home in March because of the coronavirus, around 1,100 newly minted army second lieutenants were ordered back to campus after the President abruptly announced in mid-April that he wanted to go through with his previously planned commencement address.

The speech now comes during a breakdown in relations between the President and the nation’s top military leaders, who have vehemently objected to Trump’s threats to use active-duty troops across the country to quell largely peaceful protests against police brutality.

In preparation for the President, the West Point cadets have been divided into four groups of about 250, with strict orders not to mingle outside their cohort. They eat in shifts in the dining hall, with food placed on long tables by kitchen staff who quickly leave. There are four designated paths for cadets who want to go for socially distanced runs.

To ensure an infection-free graduation ceremony, the cadets were tested for the virus when they arrived back on campus. Fifteen of them initially tested positive but showed no symptoms, said Lieutenant Colonel Christopher Ophardt, a West Point spokesman. The 15 did not transmit the virus to others and are now virus-free, Colonel Ophardt said, and will graduate with the others in their class.

The ceremony, streamlined from previous years, will include no friends or family and is to be held on the main parade ground on campus, called the Plain. Cadets will be required to wear masks as they march in and take their seats, spaced about six feet apart.