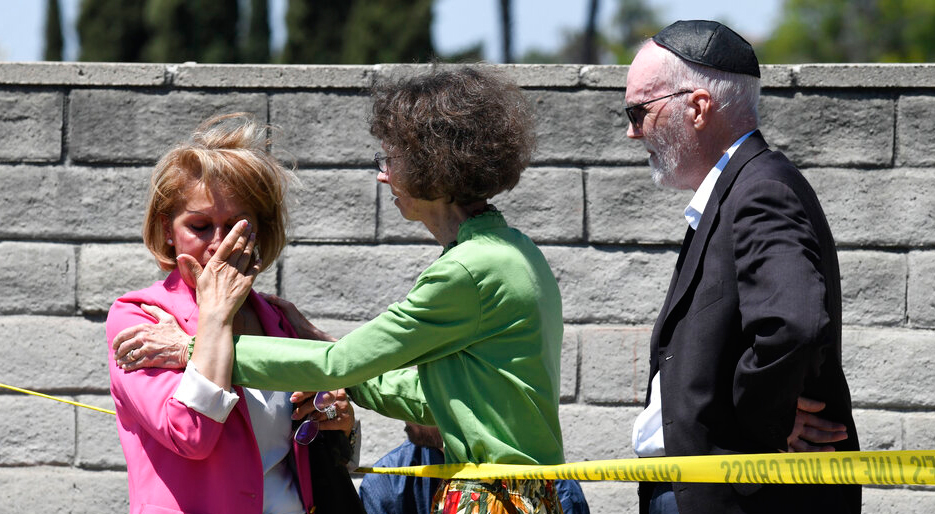 For one family caught up in the California synagogue shooting, a move from Israel to the US in search of a safer life has been a journey “from fire to fire”.

Israel Dahan and three of his five children were at Sabbath services at Congregation Chabad in Poway, near San Diego, on Saturday when a gunman opened fire, killing a woman and wounding three others in what local authorities deemed a hate crime.

Dahan, speaking on Israel Radio on Sunday, said his family was no stranger to violence, having lived in Israel in Sderot, a town on the Gaza border that has been a frequent target of Palestinian rocket attacks.

Dahan’s eight-year-old daughter, Noya, was wounded in the synagogue shooting, on the last day of Passover, as was his brother-in-law.

“I began to shout that people should flee,” Dahan said about the initial moments of the attack. “Thank God his gun jammed.”

Authorities identified the alleged gunman as a 19-year-old San Diego resident and said his weapon apparently malfunctioned after the first rounds he fired.

Dahan said his family had been living in Poway for the past three years — and that it was not the first time they had been the victim of a hate crime.

In 2015, the Dahans were residing in Mira Mesa, about 16km from Poway, when swastikas were daubed on their house and vehicle during the Passover holiday.

A local news report at the time said the family moved to the US in 2014 seeking a safer environment for their children.

“But that’s life,” Dahan said, recalling the swastika incident and how he had briefly locked eyes with the synagogue assailant, identified as 19-year-old John Earnest.

Asked whether he regretted their move from Israel, Dahan said: “No. We love America.…

“It can happen anywhere — in any mall, and in any hospital and in any family gathering and in any place. We are strong. We were born to be strong.”