The women have not only lost their jobs, but also live in a state of perpetual fear that they or their loved ones could be tracked down and killed 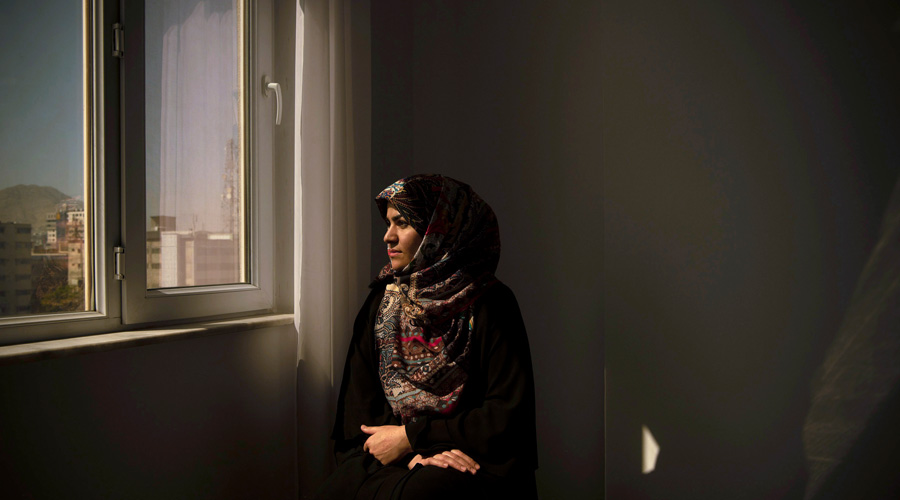 When Nabila was a judge in Afghanistan’s Supreme Court, she granted divorces to women whose husbands were sometimes jailed for assaulting or kidnapping them. Some of the men threatened to kill her after they had served their time, she said.

In mid-August, as the Taliban poured into Kabul and seized power, hundreds of prisoners were set free. Men once sentenced in Nabila’s courtroom were among them. Like the other women interviewed for this story, her full name has been withheld for her protection.

Within days, Nabila said, she began receiving death threat calls from former prisoners. She moved out of her house in Kabul and went into hiding as she sought ways to leave Afghanistan with her husband and three young daughters.

“I lost my job and now I can’t even go outside or do anything freely because I fear these freed prisoners,” Nabila said by phone from a safe house. “A dark future is awaiting everyone in Afghanistan, especially female judges.”

More than 200 female judges remain in Afghanistan, many of them under threat and in hiding, according to the International Association of Women Judges. Taliban officials have recovered their personal information from court records, several former judges said, and some have had their bank accounts frozen.

“They are women who had the effrontery to sit in judgment on men,” said Susan Glazebrook, president of the judges’ association and a justice of the Supreme Court in New Zealand. “The women judges of Afghanistan are under threat for applying the law,” she added. “They are under threat because they have made rulings in favour of women according to law in family violence, custody and divorce cases.”

The plight of female judges is one more example of the Taliban’s unravelling of gains made by women over the past two decades.

The women have not only lost their jobs, but also live in a state of perpetual fear that they or their loved ones could be tracked down and killed.

“Afghanistan is an open-air prison for these women,” said Kimberley Motley, an American lawyer who has worked in Afghanistan for several years. She said she is representing 13 female lawyers and judges who are trying to leave the country.

A Taliban spokesman, Bilal Karimi, said no decision had been made about a future role for female judges and lawyers.

“Right now, they are on hold,” Karimi said.

Before the Taliban takeover, more than 270 female judges served in Afghanistan’s corrupt, male-dominated justice system. Special courts with female judges, along with special police units and prosecution offices, were set up in many places to handle cases of violence against women. A little more than a decade ago, nearly 90 percent of women experienced some form of domestic abuse in their lifetime, according to a 2008 study by the US Institute of Peace.

These judges helped to bring some reform to many courts, particularly in urban areas, delivering justice to growing numbers of women and girls beaten and abused by husbands or male relatives.

The women defied a legal system that favoured husbands, granting divorces to Afghan wives who in many cases would previously have been doomed to stay in abusive marriages. Among those now in hiding are former lawyers and judges who defended abused women or pursued cases against men accused of beating, kidnapping or raping women and girls.

Now many former judges and lawyers said their relatives have been beaten by men demanding to know the women’s whereabouts.

“We have lost everything — our jobs, our homes, the way we lived — and we are terrified,” said Wahida, a former judge.