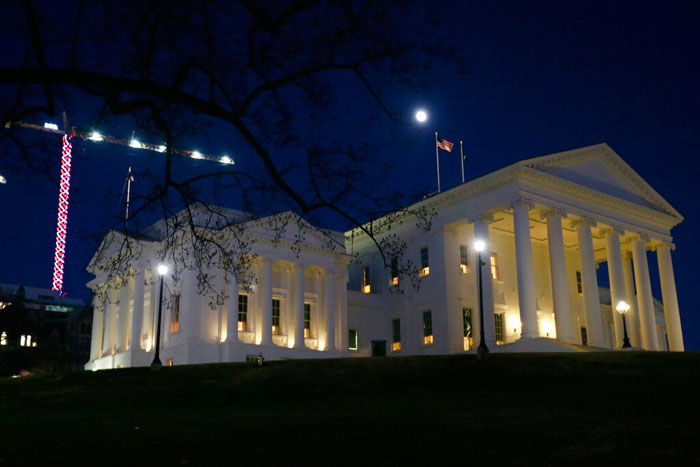 The FBI has arrested three men suspected of being members of a neo-Nazi hate group, including a former reservist in the Canadian Army, who had weapons and discussed travelling to a pro-gun rally next week in Richmond, Virginia, in anticipation of a possible race war.

The men were taken into custody on Thursday morning as part of a long-running investigation into the group, known as The Base. The men were charged with various federal crimes in Maryland, according to law enforcement officials familiar with the case. They were scheduled to appear in federal court before a judge.

One of the men, Patrik Mathews, a main recruiter for the group, entered the US illegally from Canada, according to the officials. Mathews was trained as a combat engineer and was considered an expert in explosives.

He was dismissed from the Canadian Army after his ties to white supremacists surfaced.

The Base has become a growing concern for the FBI as it has worked to recruit more people to its violent cause. The Base is an “accelerationist group that encourages the onset of anarchy”, according to the Counter Extremism Project, a group that tracks far-Right extremists.

Former law enforcement officials say the Base, along with another white supremacist group known as Atomwaffen, have become priorities for the FBI. Several members of the group have recently been arrested.