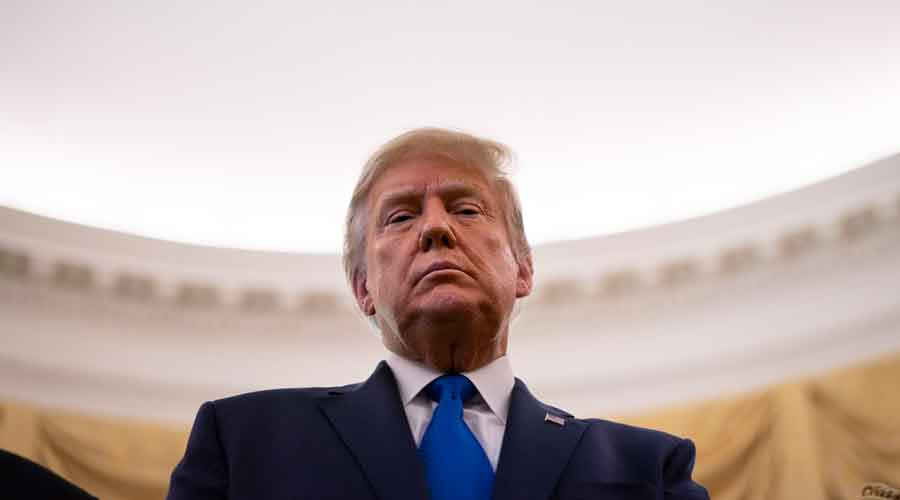 Former President Donald J. Trump said on Monday that the FBI had searched his Palm Beach, Florida, home and had broken open a safe — an account signalling a major escalation in the various investigations into the final stages of his presidency.

The search, according to multiple people familiar with the investigation, appeared to be focused on material that Trump had brought with him to Mar-a-Lago, his private club and residence when he left the White House. Those boxes contained many pages of classified documents, according to a person familiar with their contents.

Trump delayed returning 15 boxes of the material requested by officials with the National Archives for many months, only doing so when there became a threat of action to retrieve them. The case was referred to the justice department by the archives early this year.

It came as the justice department has stepped up its separate inquiry into Trump’s efforts to remain in office after his defeat at the polls in the 2020 election and as the former President also faces an accelerating criminal inquiry in Georgia and civil actions in New York.

Trump has long cast the FBI as a tool of Democrats who have been out to get him, and the search set off a furious reaction among his supporters in the Republican Party and on the far Right of American politics. Representative Kevin McCarthy of California, the Republican leader in the House, suggested that he intended to investigate attorney general Merrick B. Garland if Republicans took control of the House in November.

The FBI would have needed to convince a judge that it had probable cause that a crime had been committed and that agents might find evidence at Mar-a-Lago, to get a search warrant. Proceeding with a search of a former President’s home would almost surely have required sign-off from top officials at the bureau and the justice department.

The search, however, does not mean prosecutors have determined that Trump committed a crime.

An FBI representative declined to comment. The FBI director, Christopher A. Wray, was appointed by Trump.

Trump was in the New York area at the time of the search. “Another day in paradise,” he said on Monday night during a telephone rally for Sarah Palin.

Eric Trump, one of his sons, told Fox News that he was the one who informed his father that the search was taking place, and he said the search warrant was related to presidential documents.

Trump, who campaigned for president in 2016 by criticizing Hillary Clinton’s practice of maintaining a private email server for government-related messages while she was secretary of state, was known throughout his term to rip up official material that was intended to be held for presidential archives. One person familiar with his habits said that included classified material that was shredded in his bedroom and elsewhere.

The search was at least in part for whether any records remained at the club, a person familiar with it said. It took place on Monday morning, the person said, although Trump said agents were still there many hours later.

“After working and cooperating with the relevant Government agencies, this unannounced raid on my home was not necessary or appropriate,” Trump said, maintaining it was an effort to stop him from running for President in 2024.

“Such an assault could only take place in broken, ThirdWorld Countries.”

“They even broke into my safe!” he wrote.

Trump did not share any details about what the FBI agents said they were searching for.

Aides to President Biden said they were stunned by the development and learned of it from Twitter.

The search came as the justice department has also been stepping up questioning former Trump aides who had been witnesses to discussions and planning in the White House of Trump’s efforts to overturn his election loss.