The US President said the troops are getting their first and fattest raise in 10 years. It's not true 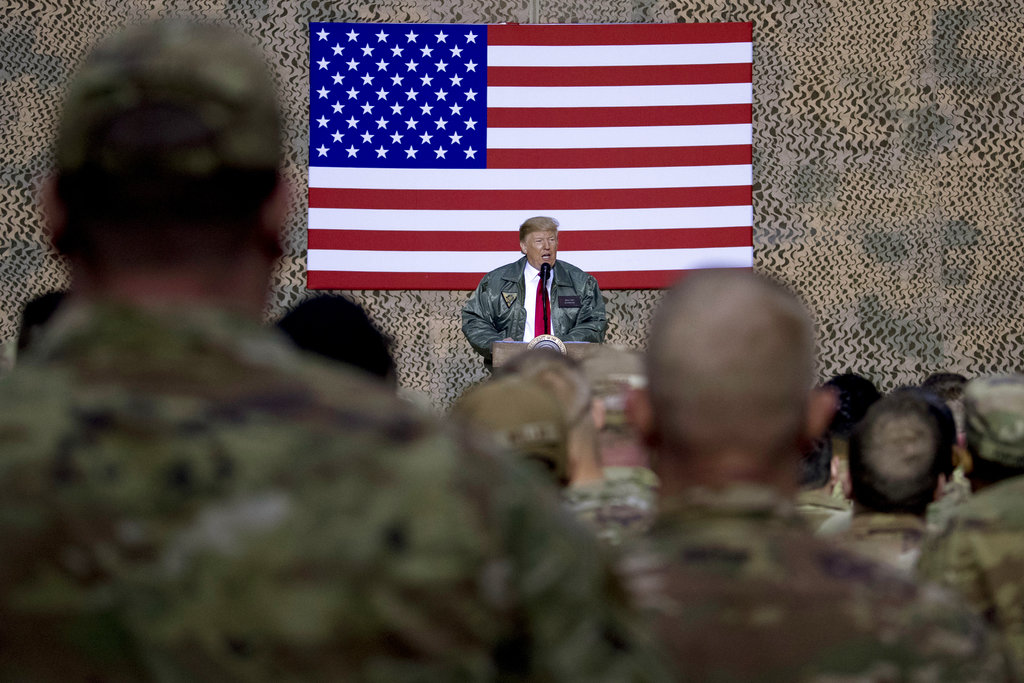 In his first visit to US troops in a conflict zone, President Donald Trump drew cheers when he told troops he won them their first raise in 10 years and suggested it was a whopping one. Neither is true.

TRUMP: 'You just got one of the biggest pay raises you ever received. Unless you don't want it. Does anybody here? Is anybody here willing to give up the big pay raise you just got? I don't see too many hands. Ah, OK. don't give it up. It's great. You know what? Nobody deserves it more. You haven't gotten one in more than 10 years. More than 10 years. And we got you a big one. I got you a big one.' — remarks prompting cheers Wednesday at al-Asad Air Base in Iraq.

THE FACTS: He's wrong about there being no pay increase for service members in more than 10 years and about their raise being especially large.

Pay increases shrank during the following years as the administration struggled with congressionally mandated budget caps. Trump, aided by congressional action, did reverse the subsequent six-year trend that began in 2011 of pay raises that hovered between 1 and 2 per cent. In 2017, service members got a 2.1 per cent raise.

Trump has repeatedly told service members that they're getting the biggest or only pay raise that they have received in 10 years or more. In May, for example, he told graduates of the United States Naval Academy: 'We just got you a big pay raise. First time in 10 years.'

THE FACTS: Whatever he might have said at the time, the 2.6 per cent for 2019 obviously falls far short of the 10 per cent or more that he implied was achieved.

US soldiers are homeward bound, so is Donald Trump's policy