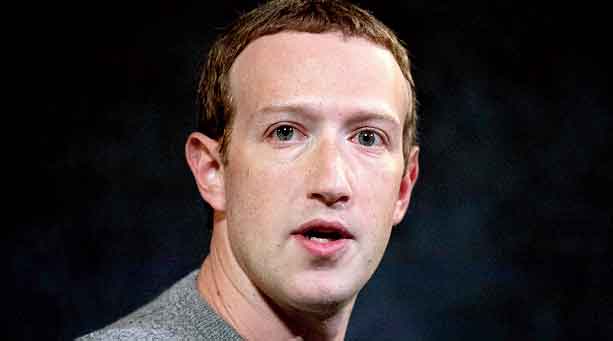 The panel appointed by Facebook to review its policy decisions sharply criticised the company on Thursday for not being transparent about an internal program that gives prominent users preferential treatment on the social network.

The group, known as the Facebook Oversight Board, said Facebook failed to provide relevant information about a system called cross check, which was first disclosed by The Wall Street Journal and exempts high-profile users from rules like those prohibiting harassment or incitement to violence that others on the platform must follow.

The board said the lack of transparency had harmed its ability to rule on Facebook’s decisions to remove or keep online content posted by users, including when the company banned former President Donald J. Trump.

The Oversight Board is a court-like body that consists of about 20 former political leaders, human rights activists and journalists picked by Facebook to consider the company’s content decisions.

“The credibility of the Oversight Board, our working relationship with Facebook, and our ability to render sound judgments on cases all depend on being able to trust that information provided to us by Facebook is accurate, comprehensive, and paints a full picture of the topic at hand,” the group said in a blog post after publishing the report.

On Thursday, the group criticised Facebook for not being open with users about policies that led some content to be deleted. The group said it had received more than half a million appeals from users trying to understand why something was taken off the site.

“We know these cases are just the tip of the iceberg,” the group said. “Right now, it’s clear that by not being transparent with users, Facebook is not treating them fairly.”

Facebook’s chief executive, Mark Zuckerberg, has repeatedly referred to the board as the “Facebook Supreme Court”, but in practice, the group has no legal or enforcement authority. It was founded and is funded by Facebook, and critics have questioned whether the board has true autonomy.

Others have pointed out that it gives Facebook the ability to punt on difficult decisions.

In a statement, Facebook thanked the board for issuing its transparency report.

“We believe the board’s work has been impactful, which is why we asked the board for input into our cross-check system,” the company said, “and we will strive to be clearer in our explanations to them going forward”.

Facebook is under pressure from regulators to explain more clearly  its policy decisions and recommendation algorithms. European policymakers are drafting new laws that would require the company to make it easier for users to appeal content-related decisions and to share more details about how its system works with outside auditors.

Calls for regulation have increased after disclosures made by Frances Haugen, the former Facebook product manager who shared scores of documents and information about the company’s internal workings with journalists and policymakers.

After Haugen’s documents revealed the existence of the cross check programme, the Oversight Board said Facebook asked the group to offer recommendations about how to change the programme.

Facebook said on Thursday it had signed a preliminary copyright agreement with a French news publishers’ lobby group, paving the way for it to pay for news content on its platforms in France.

The accord takes the form of a “term sheet” of a few pages, a source close to the matter said, and follows months of talks with Alliance de la presse d’information generale, a lobby representing leading dailies such as Le Monde and Le Figaro.

The deal lists the main principles of the accord and the copyright fees due to each of its members, the same source said. The “term sheet” will soon be followed by a framework agreement that will allow members to signlicences with Facebook.