An investigation into a suspected combined attack is underway 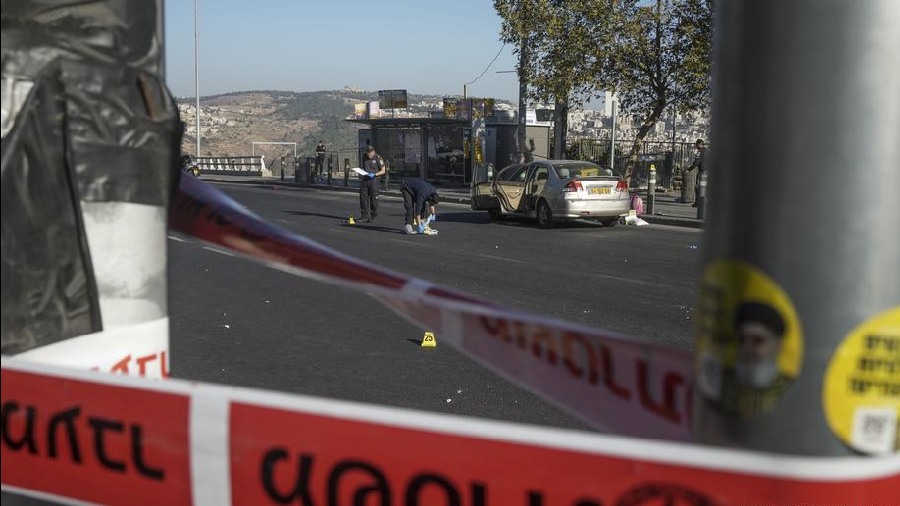 An explosion in the Kiryat Moshe area of Jerusalem left at least one person dead and 12 more injured, including at least two in critical condition, on Wednesday, according to Israel's emergency rescue service.

The blast reportedly occurred near a bus stop at the entrance to Jerusalem. The cause of the explosion was not immediately known.

Another explosion went off near a bus stop in the Ramot neighborhood, north of Jerusalem, shortly afterward, injuring at least two more people.

Following the explosions, there was a huge police presence in Jerusalem, DW correspondent Rebecca Ritters reported.

"These sorts of explosive attacks have been rare in recent years," she said.

While investigations are underway to determine the cause of the blasts, Israeli police said they suspected the explosions were an attack by Palestinians. No group has taken responsibility for the blasts, but Hamas has expressed praise for the explosions.

Israeli Army Radio said the blast was caused by an explosive device planted at the scene.

Israeli-Palestinian tensions are high, following months of Israeli raids in the occupied West Bank prompted by deadly attacks against Israelis that killed 19 people.

Wednesday's twin blasts come amid attempts by former Israeli Prime Minister Benjamin Netanyahu to form what is expected to be Israel's most right-wing government. Netanyahu will likely reenter the PM's office as his party came out on top in elections last month.