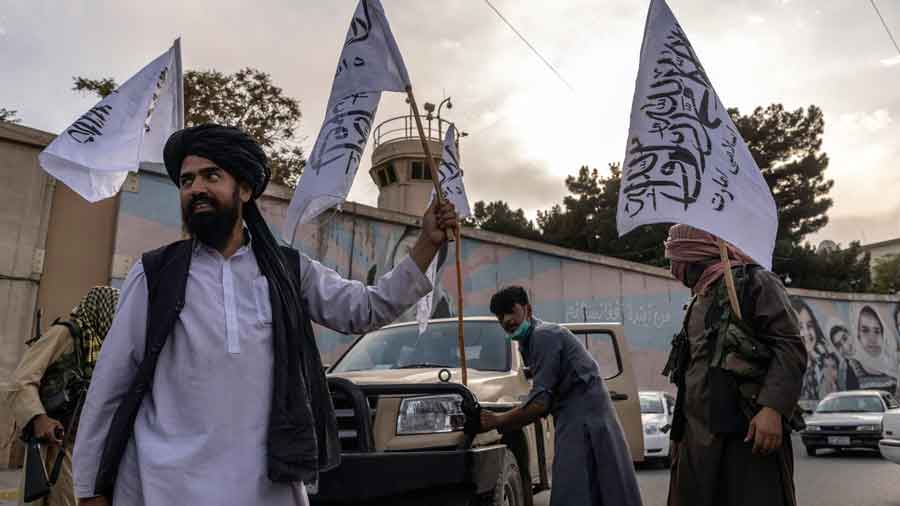 The EU is ready to engage with the new Taliban government in Kabul but the Islamist group must respect human rights, including those of women, and not allow Afghanistan to become a base for terrorism, the EU foreign policy chief said on Friday.

“In order to support the Afghan population, we will have to engage with the new government in Afghanistan,” Josep Borrell said during a meeting of EU foreign ministers in Slovenia.

However, the level of co-operation will depend on the Taliban’s willingness to fulfil certain conditions, he said. Nor did this mean formal recognition of the Taliban.

Borrell said the new government must prevent the country from again becoming a breeding ground for militants, as it was during the Taliban's previous time in power. It must also respect human rights, the rule of law and freedom of the media.

It should also set up a transitional government through negotiations among the country’s political forces, Borrell said.

The Taliban, whose 1996-2001 rule was marked by repression and strict Islamic law that curtailed women’s rights, have yet to name a government more than two weeks since they swept back into power with the collapse of the western-backed government and the end of the 20-year international mission there.

Many Afghans and foreign governments and donors fear a return to such rule.

“We will increase humanitarian aid, but we will judge them according to the access they provide,” Borrell said.

Aid agencies have warned that Afghanistan is facing a humanitarian catastrophe amid an economic crisis brought on by the conflict, a drought and the Covid-19 pandemic. About 18 million Afghans — roughly half the population — are already in need of humanitarian help, according to EU experts.

The EU aims to coordinate its contacts with the Taliban through a joint EU presence in Kabul to oversee evacuations and to ensure that a new Afghan government fulfils its commitments.

UK foreign secretary Dominic Raab on Friday said it is important to engage with the Taliban government in Afghanistan for a range of reasons, including the safe passage of British citizens, but dismissed talks of recognising it officially as “premature”.

Addressing a joint news conference in Islamabad with Pakistani foreign minister Shah Mahmood Qureshi, British foreign secretary Raab said it would not have been possible to evacuate some 15,000 people from Kabul without some degree of cooperation from the Taliban.

“The approach we are taking is that we don’t recognise the Taliban as a government [...] but we do see the importance of being able to engage and have a direct line of communication, the reason being that there is a whole range of issues that need to be discussed including the question of safe passage of British nationals and the Afghans who worked for the UK government,” he said.