Move could betray Kurdish allies who have fought with US troops 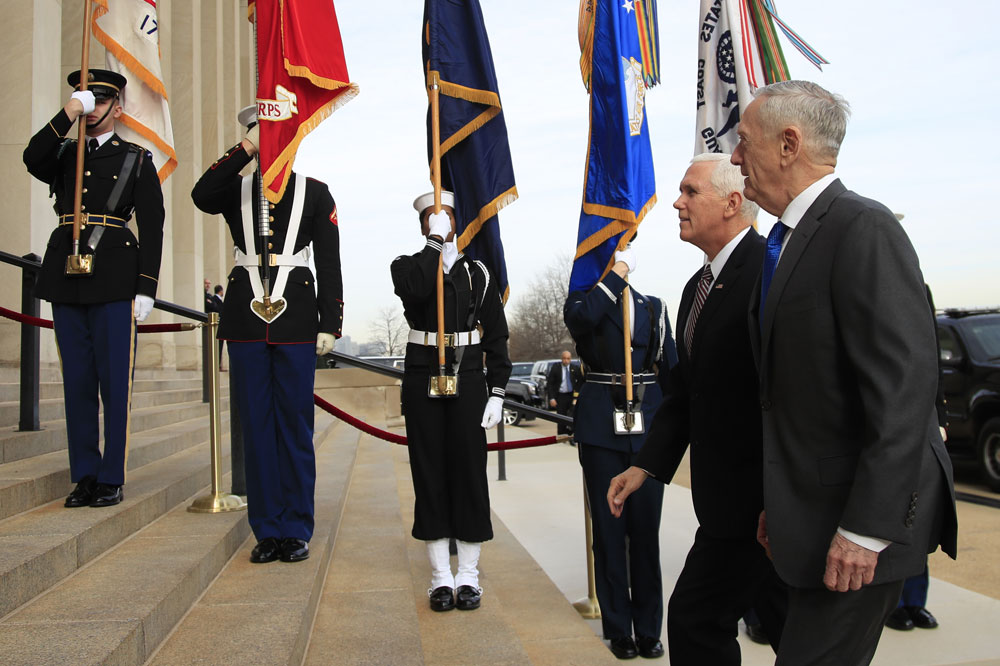 President Trump has ordered a rapid withdrawal of all 2,000 US ground troops from Syria within 30 days, declaring the four-year American-led war against the Islamic State as largely won, officials said Wednesday.

“We have defeated ISIS in Syria, my only reason for being there during the Trump Presidency,” the President said in a Twitter post on Wednesday morning. He offered no details on his plans for the military mission, nor a larger strategy, in Syria.

Sarah Huckabee Sanders, the White House press secretary, said in a statement that “we have started returning United States troops home as we transition to the next phase of this campaign”.

But Pentagon officials who had sought to talk the President out of the decision as late as Wednesday morning argued that such a move would betray Kurdish allies who have fought alongside American troops in Syria and who could find themselves under attack in a military offensive now threatened by Turkey.

One American official said that Kurdish leaders were informed of the President’s decision on Wednesday morning.

“At this time, we continue to work by, with and through our partners in the region,” Col Rob Manning, a Pentagon spokesman, said in a short statement.

A second official said the withdrawal of troops would be phased out over several weeks and that the American-led airstrike campaign against the Islamic State in Syria, which began in 2014, would continue. That official said the military hoped to rely on Kurdish fighters on the ground to help with targeting.

Officials discussed the emerging policy on condition of anonymity before any announcement from the White House.

In a series of meetings and conference calls over the past several days, defence secretary Jim Mattis and other senior national security officials have tried to dissuade Trump from a wholesale troop withdrawal, arguing that the significant national security policy shift would essentially cede foreign influence in Syria to Russia and Iran at a time when American policy calls for challenging both countries.

Abandoning the American-backed Kurdish allies, Pentagon officials have argued, will hamper future efforts by the US to gain the trust of local fighters, from Afghanistan to Yemen to Somalia.

In addition, the Islamic State has not been full vanquished from the small territory it controls on the Syrian-Iraqi border. The Islamic State has held that territory for more than a year in the face of attacks by American-allied forces, and has used it as a launching pad to carry out attacks in Iraq and Syria.

But Trump promised during his presidential campaign to withdraw American troops from Syria, and has been looking for a way out since. He reluctantly agreed in April to give the defence department more time to finish the mission.

In recent days, President Recep Tayyip Erdogan of Turkey has given Trump just such a possible path: Erdogan has vowed to launch a new offensive against the Kurdish troops that the US has equipped to fight the Islamic State in Iraq and Syria.

As the debate over withdrawing from Syria was raging inside the White House over recent days, Trump argued that the risk of a Turkish incursion could be a threat to the US forces in Syria, officials said.

On Monday, Erdogan said that he told Trump that Turkey would launch its offensive soon. Turkey considers the American-backed Kurdish forces to be a terrorist group.