President calls off visit to Denmark 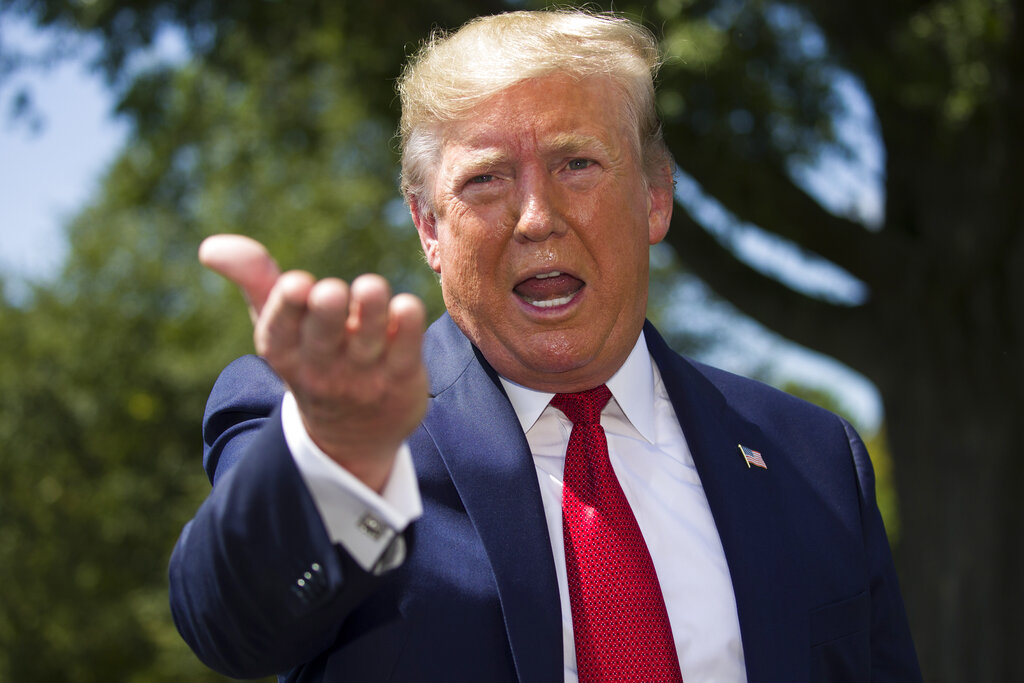 President Trump on Wednesday said that the new Prime Minister of Denmark was “nasty” to him when she rejected his interest in purchasing Greenland, as he explained why he abruptly cancelled a trip to the European nation next month.

Trump made the remarks to reporters outside the White House as he departed for a trip to Kentucky for an official event.

The statement from Mette Frederiksen, the 41-year-old prime minister of Denmark, had called Trump’s hope of buying Greenland “absurd”, a statement the President called “nasty”.

“I thought it was a very not nice way of saying something,” Trump told reporters. “But all they had to do is say, no, we’d rather not do that or we’d rather not talk about it.”

Trump asserted he was taking umbrage on behalf of his nation.

“She’s not talking to me, she’s talking to the United States of America,” he said. “They can’t say ‘how absurd.’”

Trump was said to have been bothered by the mockery he received from officials in Denmark and elsewhere over the news, first reported by The Wall Street Journal, that he had instructed his advisers to explore whether it was possible to take over possession of Greenland.

Trump is interested in it for strategic military purposes, as well as because of its natural resources.

But aides had said privately that he was already losing interest in the trip before the remarks from Denmark’s Prime Minister.

“Denmark is a very special country with incredible people, but based on Prime Minister Mette Frederiksen’s comments, that she would have no interest in discussing the purchase of Greenland, I will be postponing our meeting scheduled in two weeks for another time,” Trump said in a post on Twitter.

“The Prime Minister was able to save a great deal of expense and effort for both the United States and Denmark by being so direct. I thank her for that and look forward to rescheduling sometime in the future!”

Trump was supposed to discuss the Arctic in meetings in Copenhagen with Frederiksen, who took office in June, and Prime Minister Kim Kielsen of Greenland.

He is supposed to visit Poland on August 31.

Frederiksen said on Sunday the idea of selling Greenland to the US was absurd after an adviser to Trump confirmed US interest in buying the world’s largest island.

Trump confirmed to reporters on Sunday that he had recently discussed the possibility of buying Greenland, an autonomous Danish territory. “The concept came up and ... strategically it’s interesting,” Trump told reporters in Morristown, New Jersey.

A defence treaty between Denmark and the US dating back to 1951 gives the US military rights over the Thule Air Base in northern Greenland.

Trump’s interest in buying Greenland has been met with incredulity and humour. Lars Lokke Rasmussen, who recently stepped down as Danish Prime Minister, tweeted last week: “It must be an April Fool’s Day joke.”