Death for Saudi 5 for Khashoggi murder 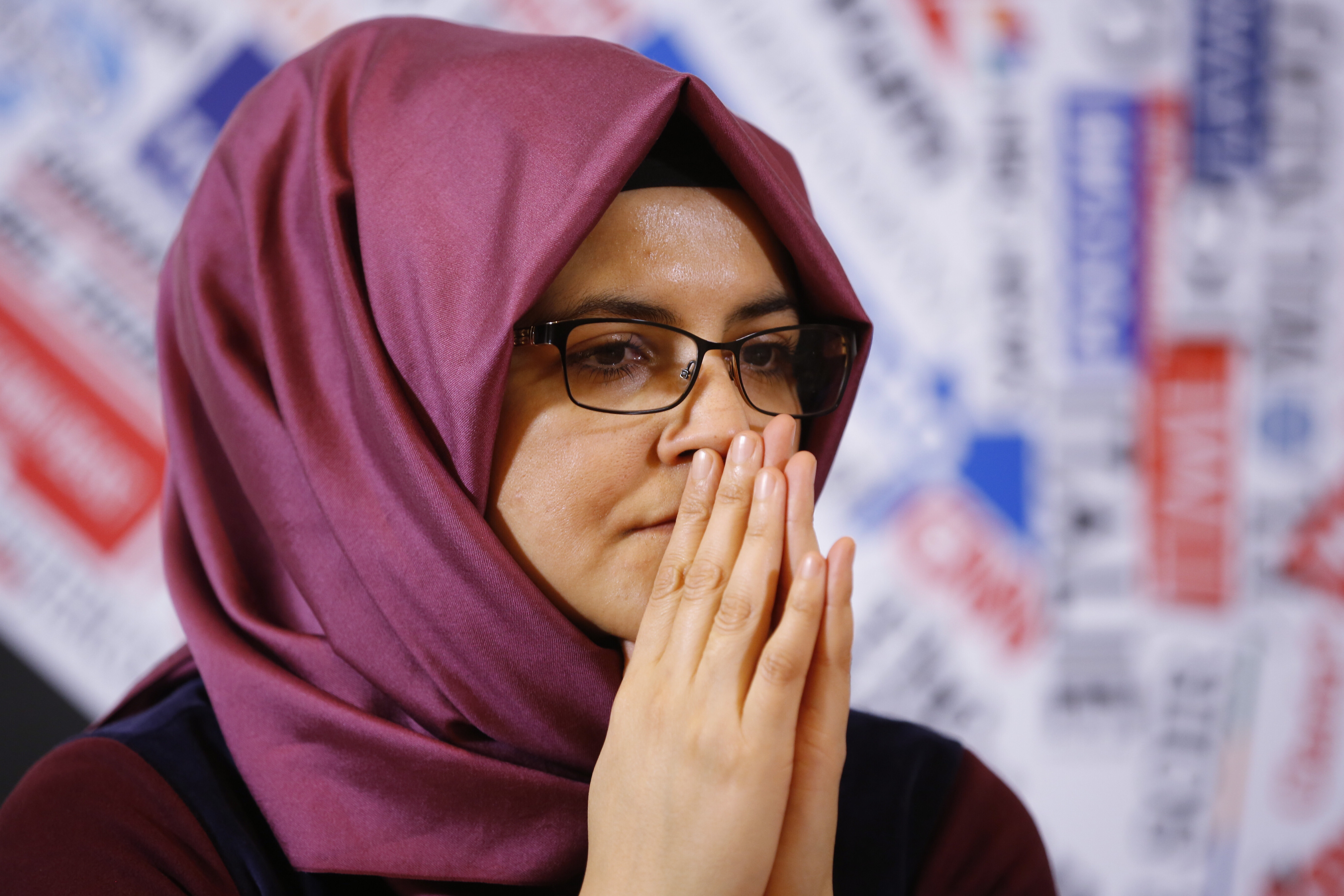 IN this file photo, Hatice Cengiz, fiancee of late journalist Jamal Khashoggi who was kidnapped and killed during a visit to the Arabian consulate in Istanbul, gestures during a press conference at the Foreign Press Association in Rome.
(AP)
Ben Hubbard/New York Times News Service   |   Beirut   |   Published 23.12.19, 08:02 PM

A court in Saudi Arabia sentenced five men to death and three to prison terms over the killing of Saudi dissident writer Jamal Khashoggi in Istanbul last year, the kingdom’s public prosecutor said on Monday.

The sentences matched the kingdom’s argument that the killing was not premeditated or ordered by the royal court, but was instead a last-minute decision by Saudi agents on the ground — a narrative that contradicts ample evidence that the agents came with an intent to kill and the tools to do so.

Monday’s verdicts also raise the prospect that Saudi Arabia could behead the men who carried out the killing while shielding those who ordered it. The kingdom continues to deny any involvement by the crown prince and de facto ruler, Mohammed bin Salman, and his top aides, who foreign analysts say were probably behind the murder.

One of Khashoggi’s sons, who weeks after the murder appealed publicly for the return of his father’s body, said the verdicts had been fair to his children. “We affirm our confidence in the Saudi judiciary at all levels, that it has been fair to us and that justice has been achieved,” Salah Khashoggi tweeted.

The killing of Jamal Khashoggi, a veteran Saudi media figure and columnist for The Washington Post, caused international outrage and battered the reputation of Prince Mohammed. The kingdom’s handling of the case has raised further concerns. Turkey has accused Saudi Arabia of not cooperating in the investigation, a failure that a United Nations official said could amount to obstruction of justice.

The trial, held in Saudi capital Riyadh, was shrouded in secrecy. The kingdom did not reveal the suspects’ names, and foreign diplomats who attended sessions of the trial were sworn to secrecy.

The verdict announced on Monday is unlikely to appease critics who say the killing of Khashoggi, 59, was representative of Prince Mohammed’s harsh rule and part of a wider campaign to silence critical voices at home and abroad.

Khashoggi, who lived in Virginia, entered the Saudi consulate in Istanbul on October 2, 2018, to obtain paperwork he needed to marry his Turkish fiancée. Inside, he was confronted by Saudi agents, who killed him and dismembered his body. His remains have yet to be found.

On Monday, a spokesman for the kingdom’s public prosecutor told reporters in Riyadh that no evidence had been found that the murder had been planned ahead of time. Instead, he said, agents had been sent to Istanbul to “negotiate” with Khashoggi and decided to kill him after that effort failed.

But investigations by the Turkish authorities and a UN expert found vast evidence of premeditation, such as the arrival of 15 Saudi agents in Istanbul in the hours before Khashoggi’s killing. They included a “body double” who sought to leave a false trail of surveillance footage indicating that Khashoggi was still alive, and a forensic doctor who the Turks say arrived with a bone saw that was used to dismember Khashoggi’s body.

Although no evidence has been made public that directly implicates Prince Mohammed in the killing, an assessment by the CIA found that he had probably ordered the operation, which included two private jets, two diplomatic facilities and the team of agents.

Prince Mohammed has said he played no role in the killing but that he bore some responsibility for it because it happened on his watch.

An investigation by Agnès Callamard, the special rapporteur on extrajudicial executions for the UN human rights agency, concluded that there was “credible evidence, warranting further investigation, of high-level Saudi officials’ individual liability, including the crown prince’s”.

On Monday, Callamard criticised the verdicts.

“Bottom line: the hit-men are guilty, sentenced to death,” she wrote. “The masterminds not only walk free. They have barely been touched by the investigation and the trial. That is the antithesis of Justice. It is a mockery.”

The Saudi public prosecutor’s office said on Monday that it had examined 31 suspects and arrested 21. Of those, 11 were put on trial. Five men were sentenced to death for their direct involvement in Khashoggi’s killing. Three others were given a total of 24 years in prison for covering up the crime and violating other laws.

Although the kingdom did not provide the names of those sentenced, it did name three suspects who were not among them. Mohammed al-Otaibi, the Saudi consul in Istanbul who gave reporters of tour of the consulate days after Khashoggi’s killing, was released without charge.

Ahmed Asseri, the deputy head of Saudi intelligence, who Saudi officials initially said had overseen the operation, was also released.

Saud al-Qahtani, a top aide to Prince Mohammed, was not put on trial because the prosecutor’s office said there was a lack of evidence against him.

The sentences announced on Monday were preliminary and are subject to appeal. Death sentences in Saudi Arabia are usually carried out by beheading in public squares.