Covid forces millions of Latin Americans out of school

The region has suffered the longest school shutdowns of any other place in the world, according to Unicef 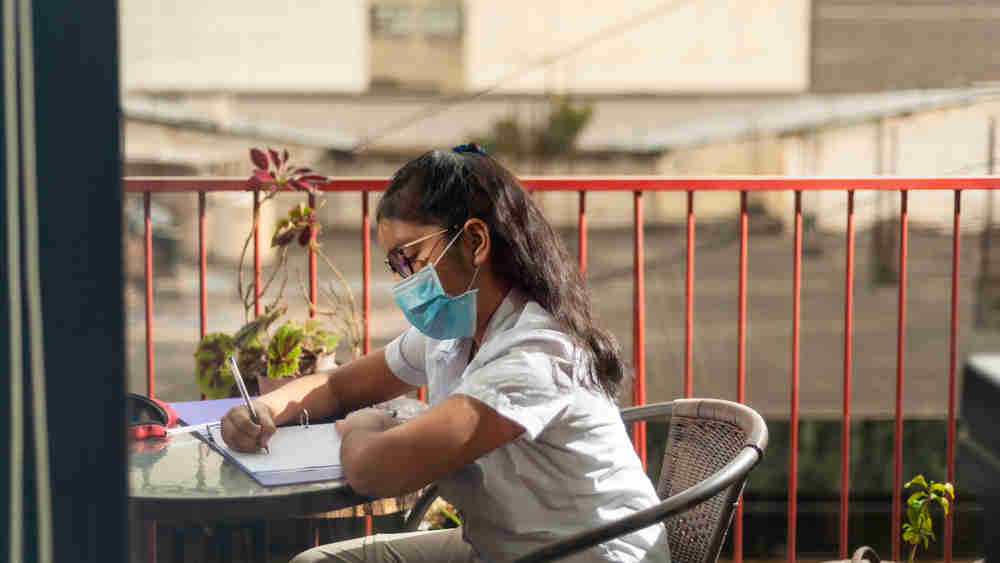 Already, two of Gloria Vásquez’s children had dropped out of school during the pandemic, including her 8-year-old, Ximena, who had fallen so far behind that she struggled with the most basic arithmetic.

“One plus one?” Vásquez quizzed her daughter one afternoon.

Now, Vásquez, a 33-year-old single mother and motel housekeeper who had never made it past the fifth grade, told herself she couldn’t let a third child leave school.

“Where’s Maicol?” she asked her children, calling home one night during another long shift scrubbing floors. “Is he studying?”

Maicol, 13, certainly was not. Frustrated by the work sheets his teachers had been sending via text message — the closest thing to instruction his school had been able to give him in more than a year — Maicol had instead followed his uncle to work. Together, they hauled a giant wheelbarrow through the streets, digging through trash, collecting bottles and cans to sell for a few cents a pound.

“I’m not learning anything,” he said as his mother scolded him.

Deep into the second year of the pandemic, Latin America is facing an education crisis. It has suffered the longest school shutdowns of any region in the world, according to Unicef, nearly 16 months in some areas. While many students in wealthy countries have returned to the classroom, 100 million children in Latin America are still in full or partial distance learning — or, as in Maicol’s case, some distant approximation of it.

The consequences are alarming, officials and education experts say: With economies in the region pummelled by the pandemic and connections to the classroom so badly frayed, children in primary and secondary school are dropping out in large numbers, sometimes to work wherever they can.

Millions of children in Latin America may have already left the school system, the World Bank estimates. In Mexico, 1.8 million children abandoned their educations this school year because of the pandemic or economic hardship, according to the national statistics agency.

Ecuador lost an estimated 90,000 primary and secondary school students. Peru says it lost 170,000. And officials worry that the real losses are far higher because countless children, like Maicol, are technically still enrolled but struggling to hang on. More than five million children in Brazil have had no access to education during the pandemic, a level not seen in more than 20 years, Unicef says.

Increased access to education was one of the great accomplishments of the last half century in Latin America, with enrolment soaring for girls, poor students and members of ethnic and racial minorities, lifting many towards the middle class. Now, an onslaught of dropouts threatens to peel back years of hard-won progress, sharpening inequality and possibly shaping the region for decades to come.

“This is a generational crisis,” said Emanuela Di Gropello of the World Bank, urging governments to get children into classrooms as quickly as possible. “There is no time to lose.”

The pandemic has taken an excruciating toll around the globe. But by some measures, Latin America has been hit harder — and longer — than any other part of the world.

Unless lockdowns end and students get back into the classroom soon, “many children may never return”, the World Bank warns. And “those who do go back to school will have lost months or even years of education”.