Reports suggest that to the 14,000 plus coronavirus deaths that have taken place in hospitals 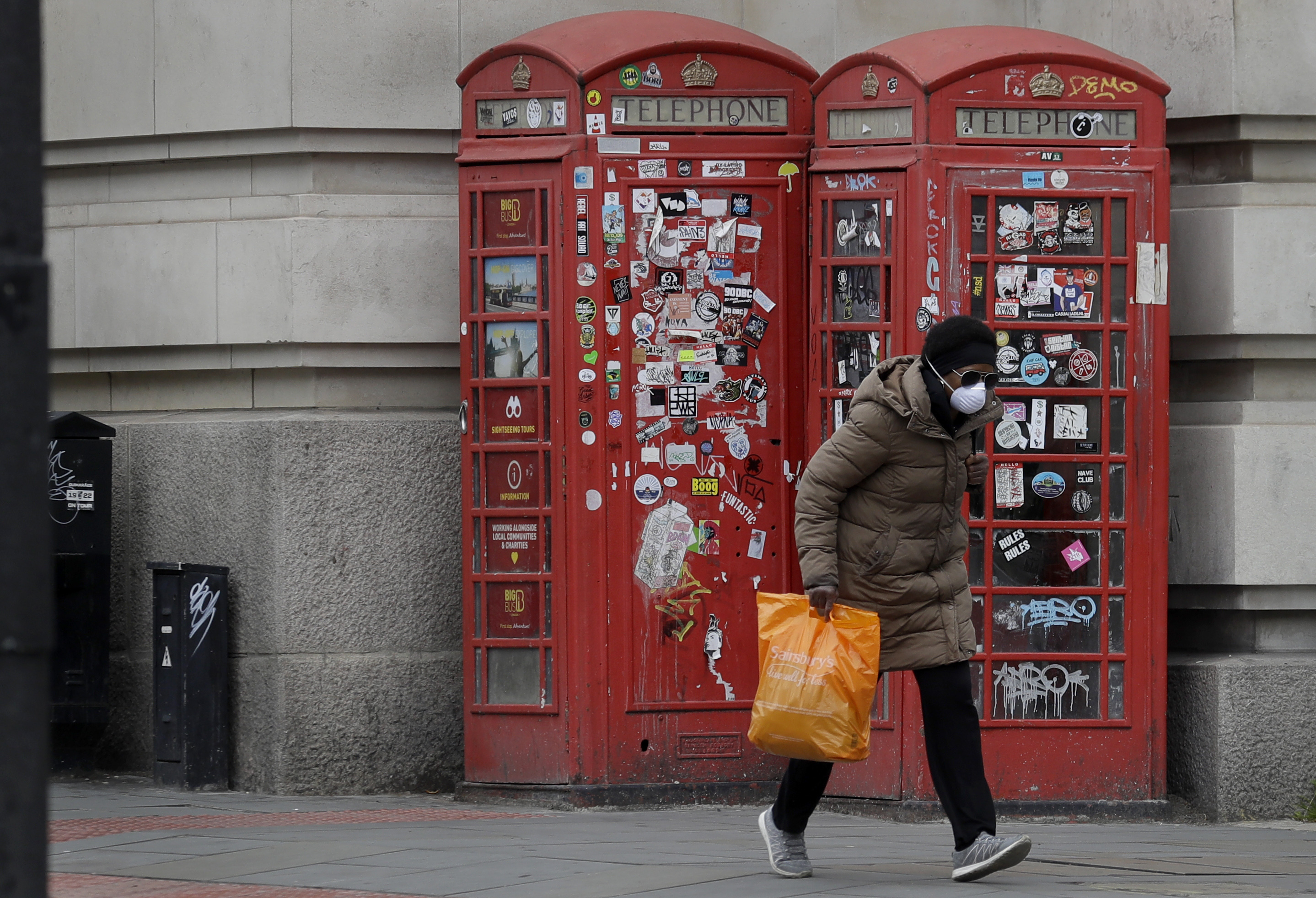 A woman wears a protective mask to protect from coronavirus, in Westminster as the country continues its lockdown in an attempt to control the spread of the coronavirus, in London
(AP photo)
Amit Roy   |   London   |   Published 18.04.20, 08:47 PM

Arora, who qualified from Cambridge University, died on April 15 after testing positive for the virus. He was a senior partner at Violet Lane Medical Practice in Croydon and had been a popular GP and pillar of the local community for 27 years.

If the pandemic is proving one thing, it is that Indians are at the heart of community service in the UK. In a subtle way, they have made the transition from immigrant doctors who arrived in Britain from Calcutta, Mumbai, New Delhi, Chennai and other cities to “NHS heroes” who have laid down their lives in the service of their patients — increasingly without protective gear.

Arora’s colleague. Dr Agnelo Fernandes, said: “Krish was extremely well-liked and worked tirelessly to care for his patients and improve services for everyone in Croydon. We will miss him.”

Bamotra, who worked at the King George Hospital in Ilford, leaves behind a wife and son, who both work for Barking, Havering and Redbridge University Hospitalst.

His son said: “Dad was one of those people that, if he saw you in the corridor at work, he would stop and make sure he had a chat with you….He had touched so many people’s hearts with his personality, which has been shown to us through messages we have received.”

The trust’s chief executive Tony Chambers paid tribute to Bamotra: “Amrik was well liked among his colleagues, who have shared how friendly, chatty and kind-hearted he was, and that he was caring and compassionate to all patients. They said he treated everyone like his own family.”

As their deaths were announced by grieving colleagues, it seems China may not be the only country to have issued misleading figures about the true extent of the pandemic toll.

Reports suggest that to the 14,000 plus coronavirus deaths that have taken place in hospitals another 7,500 mainly elderly patients who have died in care homes should also be added. Public Health England said there were 3,084 care homes with outbreaks in England, as of April 15.

Care England, which represents independent care firms, said it had collected data which suggested fatalities are far higher than those released by the Office for National Statistics , which recorded 217 care home deaths from the virus up until April 3.

Giving the unfolding tragedy, it is no surprise that all public celebrations to mark the Queen’s 94th birthday on Tuesday have been cancelled, the first time this has happened.