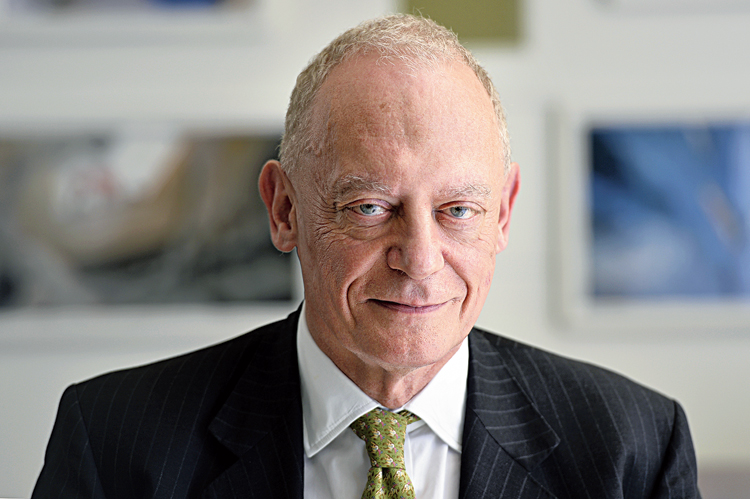 Even as Prime Minister Boris Johnson announced conditional measures to slightly ease the lockdown, for example by encouraging people to return to work but only if they could not do so from home, the UK’s investment minister has thanked India for helping to save British lives during the current pandemic crisis.

Gerry Grimstone, a heavyweight businessman who was given a peerage last month — he was previously chairman of Barclays Bank plc and of Standard Life — said at a business webinar: “I would like to draw particular attention at this moment to the enormous help that the United Kingdom has had from India during the crisis.

“And of course as the provider of more than half the world’s vaccines and the single largest producer of generic drugs in the role played by India in containment of Covid-19 around the world,” the 70-year-old minister added.

Speaking at the launch of the “India meets Britain tracker report”, which examined the role played by 842 Indian subsidiaries with a total turnover of over £47 billion in creating 110,793 jobs in the UK, Grimstone said: “This is an opportunity for India as it has so often done in the past to show global leadership.

“I would like to thank the government of India from my heart for the contribution to removal of barriers it has made to the export of Paracetamol which has saved lives in the United Kingdom.”

The minister, who has 15 years’ experience of working with Indian businesses and has been co-chair of the UK-India CEO forum — “India has a very special place in my heart” — declared: “In a sense India now has a minister who has a close affinity with India at the very heart of the UK government.

“I am looking to come to India when the crisis is over – it will be one of the first places I come to as a minister.”

Boris, who has three Indians in his cabinet, now has the very difficult task of unlocking the lockdown and firing up the economy but without risking a second flare-up of the pandemic.

On Monday he published a 50-page report giving details of how he intends to do so, having sketched out a “road map” in his address to the nation on Sunday night when he confirmed the old slogan, “Stay at home, protect the NHS, save lives” was being replaced by a new clarion call, “Stay alert, control the virus, save lives”.

To complicate matters, the devolved governments of Scotland, Wales and Northern Ireland have said they will stick with “stay at home” for the time being.

From Wednesday, people are encouraged to return to work if they cannot do so from home. This has provoked the opposition Labour Party to launch a class war by suggesting that wealthier, white collar employees can work from the safety of their homes while poorer, manual workers such as in manufacturing and in construction, will have to travel in crowded trains and buses.

Boris has said primary schools in England may be ready to reopen “in stages” — but not until 1 June at the earliest. There is uncertainty over whether students will be able to go to university in person in September or whether they will be taught partially or completely online.

A “Covid alert system”, with the level of danger rated 1 to 5 — 5 being the most critical — will be introduced. The UK is currently at Level 4, with the Prime Minister keen to ease it into 3.

Boris said the lockdown had saved the NHS from being overwhelmed and that the daily death toll was declining: “It would be madness now to throw away that achievement by allowing a second spike.

“Throughout this period of the next two months, we will be driven not by mere hope or economic necessity. We are going to be driven by the science, the data and public health.

“And I must stress again that all of this is conditional — it all depends on a series of big ifs.And to prevent reinfection from abroad, I am serving notice that it will soon be the time — with transmission significantly lower — to impose quarantine on people coming into this country.”