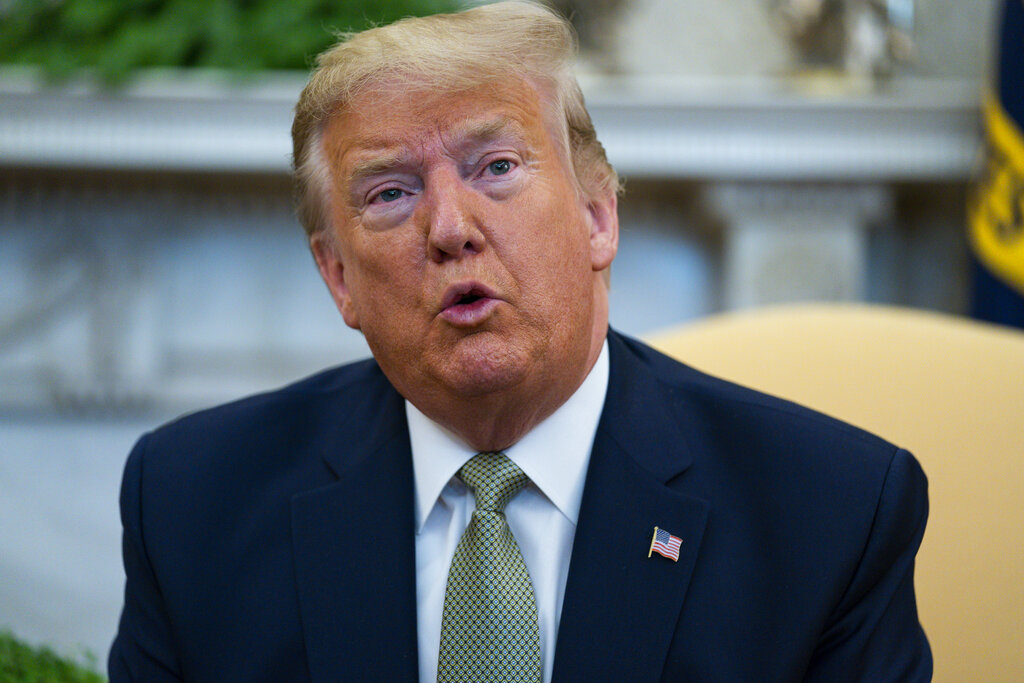 Weary and confused travellers, many wearing face masks, rushed to board flights from European airports to the US on Thursday after US President Donald Trump announced sweeping travel restrictions to curb the spread of coronavirus.

His 30-day travel order applies to citizens of 26 European countries but excludes Britain and Ireland as well as American citizens. It takes effect from midnight on Friday.

“It caused a mass panic,” said 20-year-old Anna Grace, a US student on her first trip to Europe who changed her booking to fly home from Madrid’s Barajas airport instead of going on to France. Her friends were less successful in rebooking flights.

Though American citizens are exempt from the travel ban, Grace and many others said they preferred to return home in case the restrictions are expanded or for fear of contracting coronavirus while in Europe.

Paola Mesa, 29, a Spanish woman flying from Barcelona to San Francisco, said she backed Trump’s ban on travel from Europe.

“It’s what Spain should have done before,” she said. The death toll from coronavirus in Spain nearly doubled to 84 on Thursday and the number of cases rose to nearly 3,000.

Trump says he had to act as the EU had failed to take adequate measures to stop the coronavirus. The EU dismissed his comments and criticised the lack of consultation from the US side. ”

Many travellers, however, were critical of Trump’s decision.

“It’s ridiculous. Why do we impose a ban now when the virus is already in the United States?” said Leo Mota, 24, who had just arrived at Paris’s main international airport, Roissy Charles de Gaulle, from Los Angeles.

Miguel Paracuellos, a Spaniard who works in the US, said Trump was trying to compensate for his failure to expand testing and screening programmes at home. “He is blaming an external enemy, in this case Europe,” he said.

Jon Lindfors, an American traveller in Paris, was equally scathing about Trump, who will seek re-election in November.

A Delta crew member, who asked not to be named, said Trump’s travel ban had caught the airline off-guard.

“It’s going to be a big mess... We were not expecting something like that. We don’t have all the details to know what it means for us and for the company,” the crew member said.

At Rome’s Fiumicino airport, largely empty because of draconian measures taken by Italy to combat coronavirus, one Italian traveller just back from New York said the US would soon face the disruption Europe is now experiencing.

“(In New York)... there were only a few flights cancelled or delayed... They don’t understand the situation yet,” said Giuseppe Riccio, who wore a face mask. “There are no controls in place, shops are full of people.”

Gregory and Ada Goldberg, from San Francisco, were trying to bring forward their flight home from Barcelona but were not getting much help at the airport.

“This was meant to be two weeks of pleasant vacation but it has become a nightmare,” said 69-year-old Ada.

The new US ban on foreign citizens entering the country if they have travelled to Europe in recent weeks will heap more pressure on airlines already reeling from the coronavirus pandemic, hitting European carriers the hardest.

The restrictions from Friday, which exclude Britain, are similar to those that went into effect targeting China on February 1, and come after the outbreak’s rapid spread across the European continent and in the US.

Industry watchers warned the move could also create chaos at airports across Europe as passengers attempt a last-minute rush to fly to the US before the ban takes effect.

Brazilian President Jair Bolsonaro’s communications secretary, Fabio Wajngarten, is in quarantine at his home, the communications office said in a statement.

Trump said he was not worried that he may have been exposed to the virus.

“Let’s put it this way: I’m not concerned,” Trump told reporters earlier on Thursday, while meeting with Irish Prime Minister Leo Varadkar in the Oval Office.

Bolsonaro’s medical team were taking all preventative measures to preserve the health of the Brazilian President, the statement from the President’s communications office said.

In the photo posted on his Instagram account, Wajngarten is standing next to Trump wearing a “Make Brazil great again” cap.