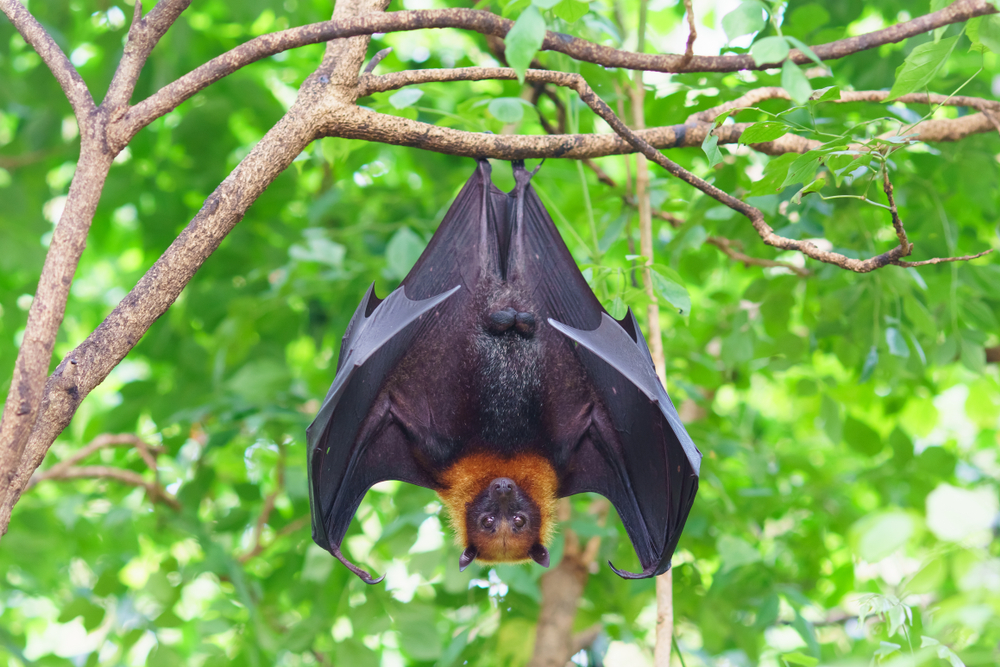 An international team of scientists, including a prominent researcher at the Wuhan Institute of Virology, has analyzed all known coronaviruses in Chinese bats and used genetic analysis to trace the likely origin of the novel coronavirus to horseshoe bats.

In their report, posted online Sunday, they also point to the great variety of these viruses in southern and southwestern China and urge closer monitoring of bat viruses in the area and greater efforts to change human behavior as ways of decreasing the chances of future pandemics.

The research was supported by a US grant to EcoHealth Alliance, a New York-based non-profit, that was recently cancelled by the National Institutes of Health. The grant, for more than $3 million, was well on its way to renewal, and the sudden reversal prompted an outcry in the scientific community.

Thirty-one US scientific societies signed a letter of protest on May 20 to the NIH, and 77 Nobel laureates sent another letter to the NIH and the department of health and human services seeking an investigation of the grant denial. The Nobelists said the cancellation appeared to be based on politics rather than scientific merit.

The report on the research, which has been accepted by the journal Nature Communications, was posted on the BioRxiv (pronounced bio-archive), where scientific research is often released before publication.

The report gives a glimpse of the work the grant had supported. The researchers, mostly Chinese and American, conducted an exhaustive search for and analysis of coronaviruses in bats, with an eye to identifying hot spots for potential spillovers of these viruses into humans, and resulting disease outbreaks.

The genetic evidence that the virus originated in bats was already overwhelming. Horseshoe bats, in particular, were considered likely hosts because other spillover diseases, like the Sars outbreak in 2003, came from viruses that originated in these bats, members of the genus Rhinolophus.

None of the bat viruses are close enough to the novel coronavirus to suggest that it jumped from bats to humans. The immediate progenitor of the new virus has not been found, and may have been present in bats or another animal. Pangolins were initially suspected, although more recent analysis of pangolin coronaviruses suggests that although they probably have played a part in the new virus’s evolution, there is no evidence that they were the immediate source.

The new research includes an analysis of bat and viral evolution that strongly supports the suspected origin of the virus in horseshoe bats, but isn’t definitive, largely because a vast amount about such viruses remains unknown.

The report also adds detail to what scientists know of coronaviruses in bats, how they have evolved and what kind of threat they pose. Renewal of the grant would have supported a continuation of this work.

NIH cancelled the grant shortly after President Trump was asked at a news conference about money erroneously described as going to the Wuhan institute. That lab has been the target of conspiracy theorists who promote the idea that the novel coronavirus was made in a lab. Scientists and US intelligence agencies agree that the overwhelming likelihood is that the virus evolved in nature.

Richard Ebright, a microbiologist and biosafety expert at Rutgers University, has argued that there could have been an accidental leak of a naturally evolved virus that was present in the lab, and that lab safety should be investigated. Many scientists view the leak scenario as unlikely given the many opportunities for infection in the wildlife trade, markets and farming.

There is also no reported evidence that the new virus was ever present at the Wuhan Institute of Virology. It was first discovered after numerous human cases appeared in late December, most in people with connections to a wet market in Wuhan.

Zheng-Li Shi, the director of the Center for Emerging Infectious Diseases at the institute, known for work tracking down the source of the original Sars virus in bats and identifying Sars-CoV-2, as the novel coronavirus is known, is one of the authors of the new paper, along with Peter Daszak, the president of EcoHealth Alliance.

The researchers collected oral and rectal swabs, as well as fecal pellets from bats in caves across China from 2010 to 2015, and used genetic sequencing to derive 781 partial sequences of the viruses. They compared these to sequence information already documented in computer databases on bat and pangolin coronaviruses.

They found evidence that the novel coronavirus may have evolved in Yunnan province, but could not rule out an origin elsewhere in southeast Asia outside China.

The family of bats that included the horseshoe genus, Rhinolophus, seems to have originated in China tens of millions of years ago.

They have a long history of co-evolution with coronaviruses, which the report shows commonly jump from one bat species to another.

Dr Daszak said that the region where China, Laos, Vietnam and Myanmar converge may be “the real hot spot for these viruses”.

He said the region was characterised not only by bat and coronavirus diversity, but by urbanisation, population growth and intense poultry and livestock farming, all of which could lead to viruses jumping from one species to another, and to the spread of human disease.

Not only bats should be monitored, Dr Daszak said, but humans. “People are farming wildlife all across Southern China, tens of thousands of people involved in the industry, they should be getting regular tests, not just for Covid-19, but for what other viruses they are picking up.”

He acknowledged that such an effort would be very costly, but said that compared to the cost of a pandemic, “You’re definitely getting a good return on investment.”

One bat can host many different viruses without getting sick. They are the natural reservoir for the Marburg virus, and Nipah and Hendra viruses, which have caused human disease and outbreaks in Africa, Malaysia, Bangladesh and Australia.

They are thought to be the natural reservoir for the Ebola virus. They also carry the rabies virus, but in that case the bats are affected by the disease.

Their tolerance of viruses, which surpasses that of other mammals, is one of their many distinctive qualities. They are the only flying mammals, they devour disease-carrying insects by the ton, and they are essential in the pollination of many fruits, like bananas, avocados and mangoes. They are also an incredibly diverse group, making up about a quarter of all mammalian species.

But their ability to coexist with viruses that can spill over to other animals, in particular humans, can have devastating consequences when we eat them, trade them in livestock markets and invade their territory.

Learning how they carry and survive so many viruses has been a deep question for science, and new research suggests that the answer may be how the bats’ evolutionary adaptations to flight changed their immune systems.

In a 2018 paper in Cell Host and Microbe, scientists in China and Singapore reported their investigation of how bats handle something called DNA sensing.

The energy demands of flight are so great that cells in the body break down and release bits of DNA that are then floating around where they shouldn’t be. Mammals, including bats, have ways to identify and respond to such bits of DNA, which might indicate an invasion of a disease-causing organism. But in bats, they found, evolution has weakened that system, which would normally cause inflammation as it fought the viruses.

Bats have lost some genes involved in that response, which makes sense because the inflammation itself can be very damaging to the body. They have a weakened response but it is still there. Thus, the researchers write, this weakened response may allow them to maintain a “balanced state of ‘effective response’ but not ‘over response’ against viruses.”