Shots will be given first to those at greatest risk of dying like frontline Indian doctors, nurses of NHS 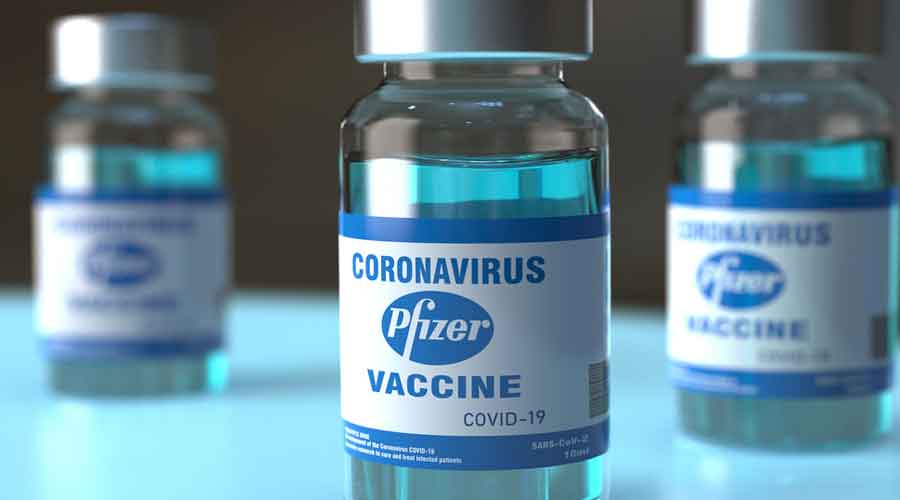 The vaccine against Covid-19 will be given first to those at greatest risk of dying from the virus, the UK government has said.

In the NHS, that would apply to frontline Indian doctors and nurses, many of whom died during the first wave of the pandemic, and in the wider community to Asians with underlying health conditions such as diabetes.

After news broke early on Wednesday that the UK would be the first country in the world to roll out the Pfizer/BioNTech’s vaccine, Boris Johnson immediately convened a live conference from 10 Downing Street, to allow medical experts to reassure the public “no corners had been cut”, that it was perfectly safe and, in the words of the Prime Minister, “allow us to reclaim our lives and get the economy moving again”.

The health secretary, Matt Hancock, who has taken quite a battering in recent months, suggested he might even be willing to take the vaccine live on television to deter conspiracy theorists.

“We’re the first country in the world to have a clinically-authorised vaccine to roll out,” he enthused. “We can see the dawn in the distance but we have to get through to the morning.”

For once, it did seem to be all good news.

But to get the detail, the world will examine the reassurances of the three people who took the conference after the MHRA (Medicines and Healthcare products Regulatory Agency), the watchdog body which makes sure all medicines are safe, had cleared the vaccine.

Sitting in the middle, cool as the proverbial cucumber, was Dr June Raine, the MHRA’s chief executive, flanked by Prof. Wei Shen Lim, chairman of the Joint Committee on Vaccination and Immunisation (JCVI) on her right, and Prof. Sir Munir Pirmohamed, chairman of the Commission on Human Medicine Expert Working Group on her left.

The fact there was not a politician in sight added to their authority.

Perhaps Pirmohamed summed it up best in language ordinary people will understand: “We are in the midst of a once-in-a-century pandemic and I think this is a historic moment. The UK is now one step closer to providing a safe and effective vaccine to help in  the fight against Covid-19, a virus that has affected each and every one of us in some way. This will help to save lives.”

The UK is working out the logistics of administering the vaccine to 67 million people but those in greatest risk of dying from Covid-19 will get it first.

The grim reality is that the UK has been the hardest hit in Europe, with the death toll put at 59,051, according to government figures, which are probably an underestimate. Even on Tuesday, with the virus tailing off, there were 13,430 new inflections and 603 deaths announced.

Pirmohamed said the vaccine has to be stored at -70 degrees Celsius but can be stable between 2-8 degrees Celsius once taken out to allow for deployment in vaccination sites.

Raine stressed the vaccine was safe: “This vaccine has only been approved because those strict tests have been done and complied with and everyone can be absolutely confident that no corners whatsoever have been cut.”

More than 1,000 pages of “raw data” had been examined, she said, adding: “We have carried out a rigorous scientific assessment of all the available evidence of quality, safety and effectiveness. The public’s safety has always been at the forefront of our minds — safety is our watchword.

“I’m really pleased to say that the UK is now one step closer to providing a safe and effective vaccine to help in the fight against Covid-19 — a virus that has affected each and every one of us in some way — and in helping to save lives.”

Raine stressed: “We are globally recognised for requiring high standards of safety, quality and effectiveness for any vaccine. Our expert scientists and clinicians worked tirelessly, around the clock, carefully, scientifically, robustly and rigorously poring over hundreds of pages and tables of data, methodically reviewing the data.

“Vaccines are the most effective way to prevent infectious diseases. They save millions of lives worldwide.”

Wei Shen Lim, whose organisation drew up the vaccination priority list, said: “The JCVI advice is aimed at maximising the benefit from vaccines and, therefore, it is aimed at the most vulnerable people, which are people in care homes.

“We will need as many vaccines as we can get” to reach those at risk from Covid-19, he said, adding that this will include more than one vaccine type.

Asked about the challenges of delivering the vaccine to all groups, Wei Shen Lim explained that every vaccine comes with its own characteristics in terms of storage, transport and deliverability — the Pfizer vaccine has a strong requirement for very cold storage.

The JCVI confirmed its priority list for the first phase of the UK’s mass vaccine roll out, with care home residents and the staff who look after them first in line, followed by frontline NHS staff and everyone over the age of 80.