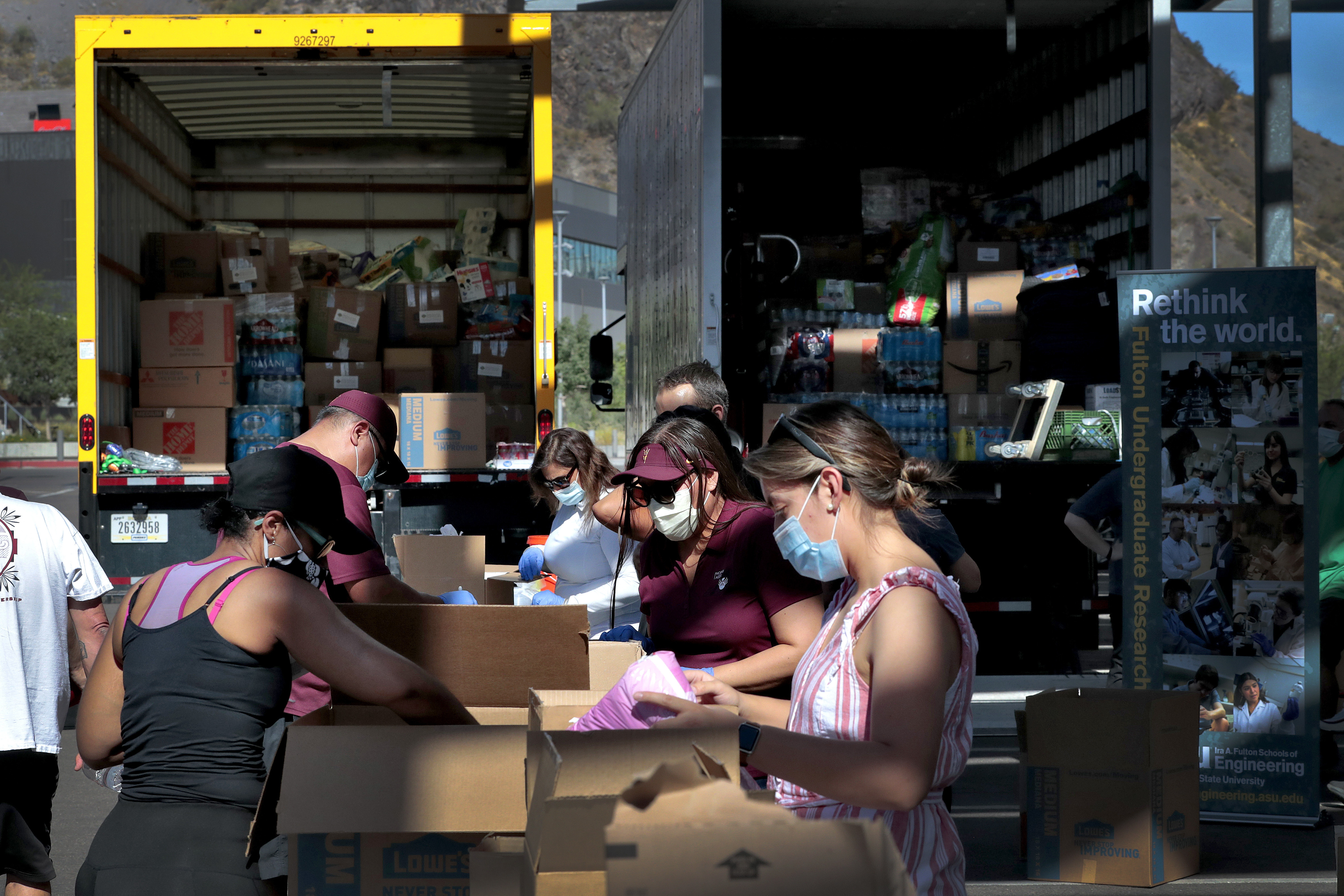 The number of coronavirus infections in many parts of the US is more than 10 times higher than the reported rate, according to data released on Friday by the Centres for Disease Control and Prevention (CDC).

The analysis is part of a wide-ranging set of surveys started by the CDC to estimate how widely the virus has spread.

The CDC study found, for instance, that in South Florida, just under 2 per cent of the population had been exposed to the virus as of April 10, but the proportion is likely to be higher now given the surge of infections in the state. The prevalence was highest in New York City at nearly 7 per cent as of April 1.

The numbers indicate that even in areas hit hard by the virus, an overwhelming majority of people have not yet been infected, said Scott Hensley, a viral immunologist at the University of Pennsylvania who was not involved in the research.

“Many of us are sitting ducks who are still susceptible to second waves,” he said.

The difference between recorded infections and the actual prevalence in the data was highest in Missouri, where about 2.65 per cent of the population was infected with the virus as of April 26, although many people might not have felt sick. This number is about 24 times the reported rate: nearly 162,000 compared with the 6,800 thought to have been infected by then.

The results confirm what some scientists have warned about for months: that without wider testing, scores of infected people go undetected and circulate the virus.

“Our politicians can say our testing is awesome, but the fact is our testing is inadequate,” Dr Hensley said. “These are exactly the kind of studies we need right now.”

Dr Robert Redfield, the director of the CDC, hinted at this trend on Thursday during a call with reporters.

“Our best estimate right now is for every case reported there were actually 10 other infections,” Dr Redfield said.

The source for his claim was unclear at that time. The CDC later posted the data on its website and on MedRxiv, a repository for scientific results that have not yet been vetted by peer review.

The CDC researchers tested samples from 11,933 people across six regions in the US during discrete periods from March 23 through May 3: The Puget Sound region of Washington where the first Covid-19 case in the country was diagnosed, as well as New York City, South Florida, Missouri, Utah and Connecticut.

The samples were collected at commercial laboratories from people who came in for routine screenings, such as cholesterol tests, and were evaluated for the presence of antibodies to the virus — which would indicate previous infection even in the absence of symptoms.

The city’s prevalence of 6.93 per cent is well below the 21 per cent estimated by the state’s survey in April. That number was based on people recruited at supermarkets, and so the results would have been biased toward people who would be out shopping during a pandemic — young people, or those who had already had the virus and felt safe, experts said.

Saskia Popescu, an epidemiologist at the University of Arizona, said the CDC survey might also be slanted by people with chronic conditions who are more likely to visit commercial labs. Still, it is more representative of the general population than other surveys because it included everyone who came to the labs for a variety of purposes, instead of limiting it to specific groups such as health care workers who felt sick from the coronavirus.

“So much of the serology testing that we’ve been seeing has really been focused on that — people who thought that they were exposed or felt sick at some point,” she said. “This approach is much more representative ultimately.”

The analysis also highlights the wide disparities between different parts of the country — and the importance not just of enough tests, but also of lab capacity, Dr Popescu said. In Arizona, she added, the backlog is delaying test results by five to six days.

Dr Hensley said he was worried that New York and other Northeastern states might falsely believe themselves to be past the point of danger and reopen too soon. “We need to turn to the South to see what a debacle things have been down there,” he said. “If we open up as Florida or Texas did, you can almost bet that we will be in the same position that they’re in now.”