In time of need, ‘auntie’ is doing everything to unite population 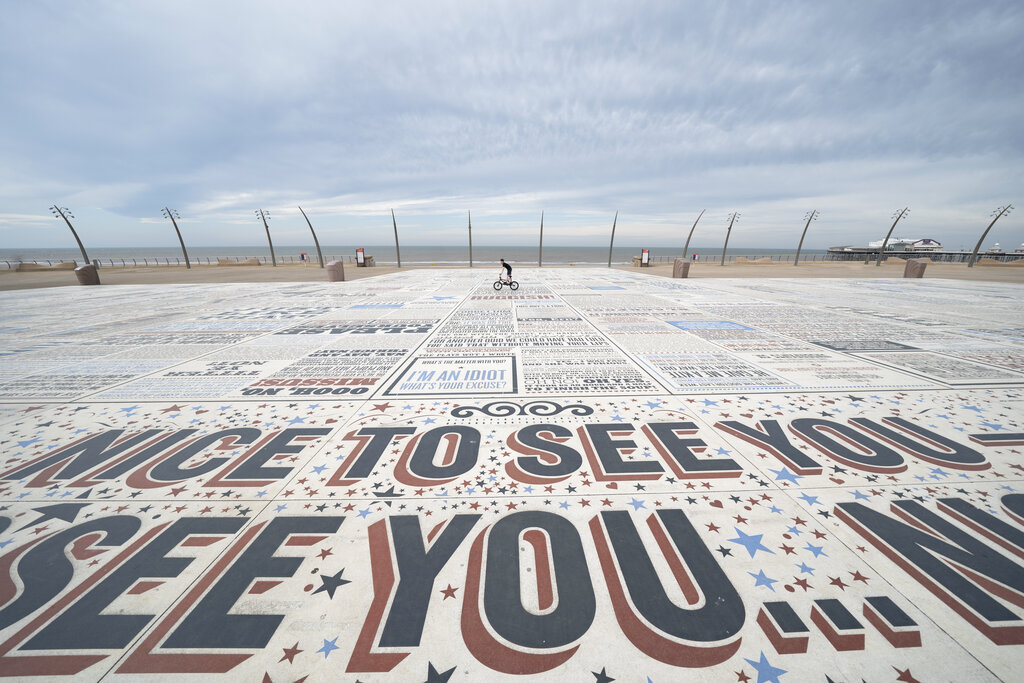 It may seem unlikely that a country known for being buttoned-up would turn to a man dancing in a multicoloured unitard for reassurance and inspiration. Yet each morning recently, about 1.6 million people in Britain have been tuning in to watch Motivator, real name Derrick Evans, on a BBC programme called “Healthcheck UK Live”.

Motivator, who gained fame here in the 1990s encourageing people to flex and thrust with him on morning television, is a part of the BBC’s current efforts to cater to a population under lockdown during the coronavirus pandemic.

This is what the BBC is designed to do, said Charlotte Moore, the BBC’s head of content. In a time of need, the public broadcaster is doing everything it can to cater to and unite the population, she said. In recent weeks, this has taken shape as a new slate of programming that offers escapism and education — and workouts, too.

Viewers are turning to the institution, nicknamed “Auntie” for its staid and reliable reputation, for support and entertainment.

Its role helping the population grapple with a world muted by the pandemic has started to pacify the BBC’s critics — a reversal in fortune when the public broadcaster started the year defending itself against attacks from both sides of the political divide and facing serious questions from Boris Johnson’s government about the future of its funding.

Although audiences might be joining him for some squats, the current popularity of Motivator is more akin to “comfort food”, said Richard Broughton, the research director at Ampere Analysis, a media research firm.

“To have these comforting faces on TV, that you might remember from your youth, is useful from a mental health angle,” Broughton said.

There was talk earlier this year of cuts to children’s television if the BBC’s revenue got squeezed. Now, it is ramping up its educational provisions with daily lessons for school children unable to finish their school year.

The CBBC brand, aimed at children aged 6 to 12, nearly doubled its average viewership on its streaming platform, as harried parents look to occupy children stuck at home.

The BBC has seen a surge in numbers for its news programs, too, with the audience for the 6pm news programme hitting levels not seen in more than a decade.

Millions also tune in to the broadcast of the government’s daily news conferences.

At the same time, people are searching for some gentle escapism: The Repair Shop, in which craftspeople restore treasured belongings, is getting more than 6 million viewers.

The BBC will be taking viewers behind the closed doors of museums with its “Culture in Quarantine” festival. The sports department will be offering up replays of the Olympics and soccer tournaments like Euro ’96. BBC local radio stations will be broadcasting Muslim calls to prayer, and church services will be screened over the Easter weekend.

And there are new dramas coming, like a small-screen adaptation of Sally Rooney’s novel Normal People and the third season of Killing Eve.

“There’s a massive anxiety for everybody,” said . Moore of the BBC’s viewers. “Our role is to help everybody cope. It’s really important we give people opportunities to escape.”

These efforts do seem to be working. “What the pandemic has done is reset the public opinion around the BBC,” said Broughton.

However, the BBC’s ability to respond to the current extraordinary circumstances doesn’t guarantee it will remain out of the line of political fire. At the end of March, a parliamentary committee started an inquiry into the future of public service broadcasting in Britain, which will scrutinise BBC funds.

Old gripes may remain too. Politicians on both the Left and Rght have criticised the BBC for perceived political bias and paying its stars too lavishly. Conservatives reproached it for competing with commercial companies.

The broadcaster also caused an outcry when it decided to start charging viewers over the age of 75 for their license fee, the charge that funds the BBC, levied on every household in Britain with a TV. As the pandemic upturned daily life, last month the BBC decided to delay the change. This could buy it some respite from criticism that being hurled at it just months ago, analysts say.

“The moments in time in which the BBC is vulnerable is the six months after the election,” said Claire Enders, the founder of Enders Analysis.

Prime Minister Boris Johnson won a general election in December with a huge majority, and the vote was followed by a ban on ministers appearing on certain BBC programs, as well as declarations from a top government official that the organisation was ripe for reform.

But, Enders said, after those initial six months or so in office, “the ability to engineer change is always incredibly limited by the real events that take over”.

The BBC will have to work to maintain the public’s rediscovered good will past the end of the lockdown, said Broughton, the research analyst. Still, its support could protect the BBC against challenges from politicians. “The BBC’s position in any review of its funding output is going to make it more difficult for politicians to adjust the funding model in the next few years,” Broughton said.

Damian Collins, a Conservative member of parliament who chaired the parliamentary committee running an inquiry into BBC pay practices, criticised the broadcaster in stark terms a few months ago.

“We are seeing clear evidence that the funding model of the BBC will become unsustainable without substantial increases in commercial revenue,” he said in one report. In another he noted that, “the BBC has much to do to ensure it is seen as relevant by younger audiences.”

But even he has been mollified by the BBC’s quarantine coverage.

“The BBC has demonstrated in the last few weeks they can respond to the public need in the way that a commercial broadcaster might not,” Collins said in an interview.

“Out of this national crisis,” he added, “the BBC has rediscovered its role.”

The British government defended its early handling of the coronavirus outbreak after a Reuters investigation found its scientific advisers were too slow to communicate their growing concerns about the outbreak to the public and ministers.

Johnson initially approved a much more modest response to the outbreak than other major European countries, who took more stringent measures, though he later approved an effective shutdown of the UK.

Reuters reported this week based on interviews and records published that the scientific committees that advised Johnson did not study in detail until mid-March, the option of the kind of stringent lockdown adopted early on in China, where the disease arose in December.

As they watched China impose its lockdown, the British scientists assumed that such drastic actions would never be acceptable in a democracy like the UK, the Reuters investigation found.

But Patrick Vallance, the government’s top scientific adviser, said that modelling was carried out quickly enough to effectively inform Britain's reaction to the pandemic.

“It’s not correct that we didn't model it until March. We modelled it throughout February,” Vallance said at a news conference in Downing Street. “We modelled all of the interventions you have now seen.”

John Edmunds, a professor of infectious disease modelling, told Reuters neither he nor a colleague at Imperial College, who were both founders of the flu pandemic modelling committee, carried out detailed modelling for a lockdown originally “because it didn’t seem to be on the agenda”.

What allowed Britain to alter course, said Edmunds, was a lockdown in Italy.