While Collins chose “lockdown” as the “word of the year” for 2020, Oxford has gone for a whole clutch of words rather than a single one 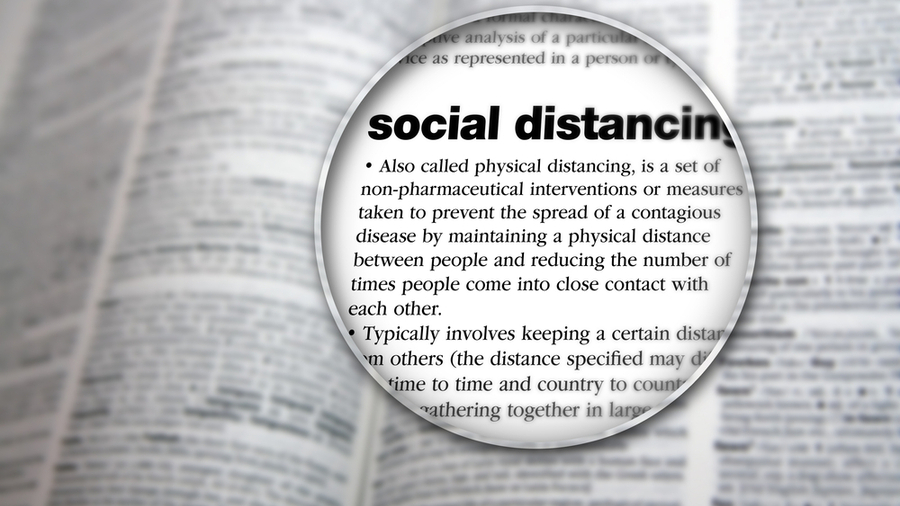 Collins and Oxford dictionaries appear to be engaging in a battle of words over how the year of the pandemic should be marked linguistically.

While Collins chose “lockdown” as the “word of the year” for 2020, Oxford has gone for a whole clutch of words rather than a single one in what it says has been an “unprecedented” year.

That seems to suggest “unprecedented” has been in unprecedented use in 2020 — by journalists on the BBC and newspapers not only in Britain but around the word. Everything that President Trump did was “unprecedented”.

On the subject of “technology and remote working”, it said: “The pandemic has also sparked a revolution in our working habits.  Two words that have seen more than a 300% usage growth since March are remote and remotely.  Got a meeting?  Best ensure you are not on mute (along with unmute, this has seen a significant rise in usage this year). Need a change of scene?  Take a workation (a holiday in which one also works) or book a staycation, holidaying at home or in your home country.  Both words have seen increase in usage, almost 500% and 380% respectively.”

And on “social movements, social media and politics,” it observed: “Despite our inability to gather in large numbers, the year saw a surge in demonstrations and activism that is reflected in our language.  In June, Black Lives Matter, and the abbreviated BLM, surged in usage and have remained high since. Use of conspiracy theory has almost doubled between October 2019 and October 2020 and use of the term QAnon has increased by a massive 960% over the same period.  Which brings us to politics.  While the early months of the year saw large peaks in the usage of impeachment and acquittal, the latter has been dominated by words such as mail-in (which has seen an increase of 3,000% compared to 2019).  And what goes up must come down… Brexit saw an 80% reduction in usage this year.”

There was also a comment on the environment: The pandemic has meant that climate change has not received nearly the amount of media coverage it has in previous years.  However, precisely because of Covid-19, we have seen the introduction of a new word – anthropause – referring to the global slowdown of travel and other human activity and the subsequent welcome consequences, such as a
decrease in light and noise pollution.”

First strike came from Collins which said earlier this month: “Our lexicographers chose ‘lockdown’ as Word of the Year because it is a unifying experience for billions of people across the world, who have had, collectively, to play their part in combating the spread of Covid-19. Collins registered over a quarter of a million usages of ‘lockdown’ during 2020, against only 4,000 the previous year.”

On Sunday it was the turn of Oxford to make its announcement out of Oxford, London and New York: “Some might say there are no words to sum up the events of 2020.

At Oxford Languages, we think there are too many.  That’s why this year, rather than selecting a single word, we are delighted to announce: Words of an ‘Unprecedented’ Year 2020.”

Oxford said: “The arrival of the pandemic (a word which has seen usage increase by over 57,000 per cent this year) has undoubtedly brought with it a language of its own, revitalising existing words and introducing us to new ones.  Depending on where you are in the world, you may have experienced a circuit breaker, lockdown, or have been asked to shelter-in-place, all words that saw huge increases in usage from March.  Many of us formed support bubbles or pods, started to wear face masks or face coverings, and became familiar with calling medics, delivery drivers, and supermarket staff key workers, frontliners, or essential workers.”

Casper Grathwohl, president of Oxford Dictionaries, set the scene: “I’ve never witnessed a year in language like the one we’ve just had. The Oxford team was identifying hundreds of significant new words and usages as the year unfolded, dozens of which would have been a slam dunk for Word of the Year at any other time. It’s both unprecedented and a little ironic — in a year that left us speechless, 2020 has been filled with new words unlike any other.”

Oxford explained that the year 2020 had so far witnessed “bushfires, a global pandemic, economic recession, racial injustice, international protests, a pivotal election. For over a decade, Oxford Languages has selected a word or expression that captures the ethos, mood or preoccupations of the previous year, driven by data showing the ways in which words have been used. But this year, how could we pick a single word to summarise the ways in which we’ve been continually knocked off our axis?”

It went on: “Just like our daily lives, the English language has undergone enormous change over the past year, adapting rapidly and repeatedly to world events.  Words that twelve months ago we couldn’t have imagined ourselves using are now part of everyday lexicon.  The Words of an Unprecedented Year report allows the team at Oxford Languages to share the evidence-based data we have at our fingertips to track
and analyse the unfolding story.”

“And, there’s perhaps only one place to begin…,” it added.

It pointed out that “dating back to the 1960s, coronavirus was previously mainly used by scientific and medical specialists but, by April 2020, it had become one of the most frequently used nouns in the English language, exceeding even the usage of the word time. By May, it had been surpassed by Covid-19.”