To investigate further, the researchers commandeered the Gemini North telescope atop Mauna Kea in Hawaii, which could measure the speed and period of this wobble 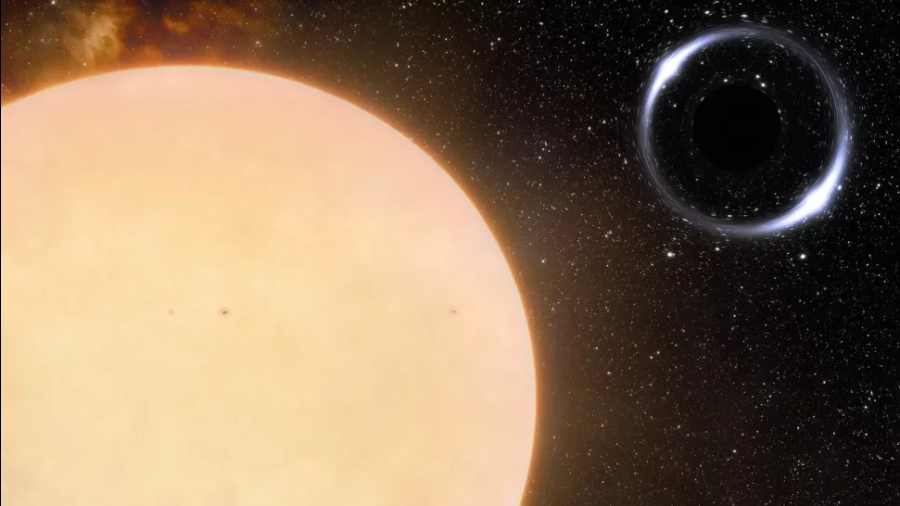 Almost but not quite in time for Halloween, astronomers announced on Friday that they had discovered the closest known black hole. It is a biggie, a shell of yawning emptiness 10 times as massive as the sun, orbiting as far from its own star as the Earth is from ours.

Not to worry, however: This black hole is 1,600 light-years away, in the constellation Ophiuchus; the next nearest known black hole is about 3,000 light-years away in the constellation Monoceros. What sets this new black hole apart from the 20 or so others already identified in our Milky Way galaxy, besides its proximity, is that it isn’t doing anything — not drawing the nearby star to its doom, not gravitationally consuming everything nearby. Rather, the black hole is dormant, a silent killer waiting for the currents of space to feed it.

Black holes are objects so dense that, according to Einstein’s theory of general relativity, not even light can escape them. This makes them the most intriguing and violent phenomena in nature; when they feed, they can become the most brilliant objects in the universe, as gas, dust and even smaller stars are ripped and heated to incandescence, spewing energy as they approach the gates of eternity.

Most every galaxy has a supermassive black hole millions of billions times more massive than the sun; scientists aren’t sure where they come from. Black holes typically make themselves known by the X-rays they spit out as they strip gas from their companions in double-star systems.

Dr El-Badry and his team detected a star, virtually identical to our sun, that was jittering strangely, as if under the gravitational influence of an invisible companion. To investigate further, the researchers commandeered the Gemini North telescope atop Mauna Kea in Hawaii, which could measure the speed and period of this wobble and thus determine the relative masses of the objects involved.

Their results and subsequent calculations were consistent with a black hole of 10 solar masses being circled by a star similar to our own. They named it Gaia BH1.