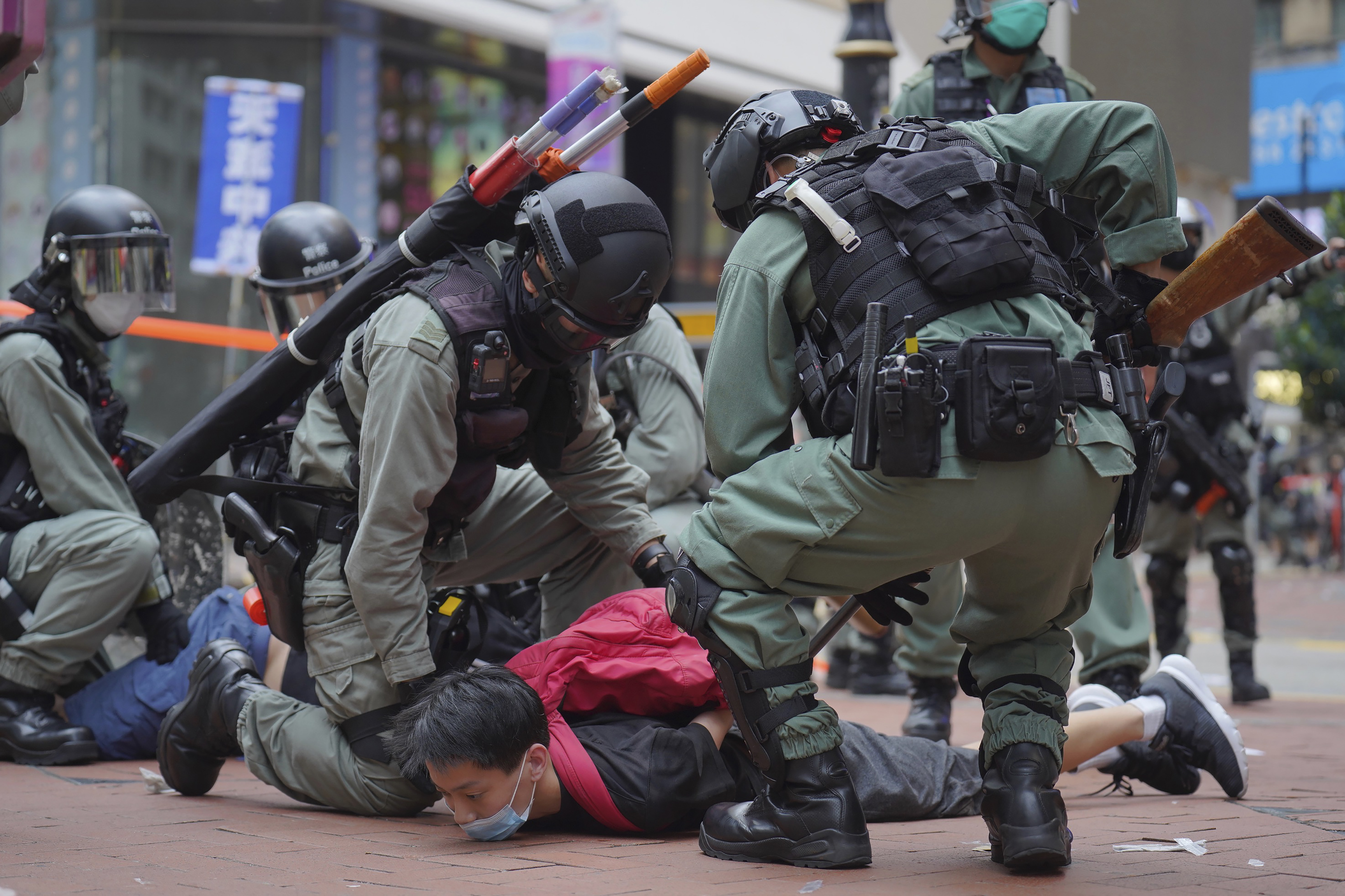 The commander of China’s military garrison in Hong Kong said in an interview posted on Tuesday that forces stationed there would “resolutely” protect the country’s national security interests, a pointed reminder of Beijing’s ultimate power to enforce its rule over the semiautonomous territory.

The commander’s remarks came as Hong Kong’s embattled leader, Carrie Lam, defended the central government’s plan to draft new national security laws to punish acts of dissent or subversion, even though the process sidestepped the territory’s own legislative process.

“Rights and freedoms are not absolute,” Lam said at her regular weekly news conference in Hong Kong.

“If a minority of people, indeed a very small minority of people, are going to breach the law to organise and participate in terrorist activities to subvert the state power, then of course they have to be bounded by the needed legislation,” she said.

She added that the new legislation plan, submitted to the National People’s Congress in Beijing last week, had a “positive response” in Hong Kong and would have “the opposite effects of what overseas politicians have said”, bringing greater stability and confidence, not greater repression.

The proposal touched off a new wave of protests in Hong Kong over the weekend, with thousands pouring into the streets on Sunday, defying restrictions put in place because of the coronavirus epidemic.

There were periodic clashes between protesters and the police, and at least 180 people were arrested. Several were injured. The garrison commander, Major General Chen Daoxiang, addressed the situation in Hong Kong in an interview on the sidelines of the National People’s Congress in Beijing, where he serves as one of nearly 3,000 delegates to the annual legislative gathering.

General Chen said the new legislation would deter “all kinds of separatist forces and external intervention forces,” echoing the view of Lam and others in China’s political leadership that the protests have international support intended to undermine the Communist Party’s rule over the city.

The video of the interview was accompanied by scenes of previous military training exercises, including drills against rioters and marine operations in Hong Kong’s Victoria Harbour. Some of the clips appeared to be from operations last year, when the protests overwhelmed the city and the People’s Liberation Army and the People’s Armed Police sent a surge of new troops into and near Hong Kong.

“I have never heard of a garrison official in Hong Kong publicly commenting on Hong Kong’s affairs, even though of course the legislation is being done in Beijing,” said the pro-democracy lawmaker Tanya Chan, calling the move “shocking”.

The Hong Kong garrison of the People’s Liberation Army is based in what was formerly the British military headquarters on Hong Kong Island. The garrison includes at least 19 sites around the territory, but it has generally kept a low profile in the city since the handover from British control in 1997.

Many of its soldiers — estimates of the total vary from 6,000 to 10,000 — live and train in bases across the border in Shenzhen.

At the peak of the protests late last summer, the military and armed police rotated new troops in from the mainland, calling it a routine redeployment, but many are believed to have never left, giving Beijing a larger reserve force in the territory in case the security situation spirals out of control.

Lam said that the central government moved to draft its own national security laws because the Legislative Council had, for years, been unable to write its own laws, as required by Article 23 of the territory’s Basic Law, the mini-constitution that governs its affairs under the formula known as “one country, two systems”.

“Because the situation has got worse and behaviours and acts that endanger national security are more and more rampant, the central government had to do the work first,” she said.