China should also release people detained during Hong Kong's protests in 2019, the UN Human Rights Committee has said. It marks the panel's first recommendation since 2020 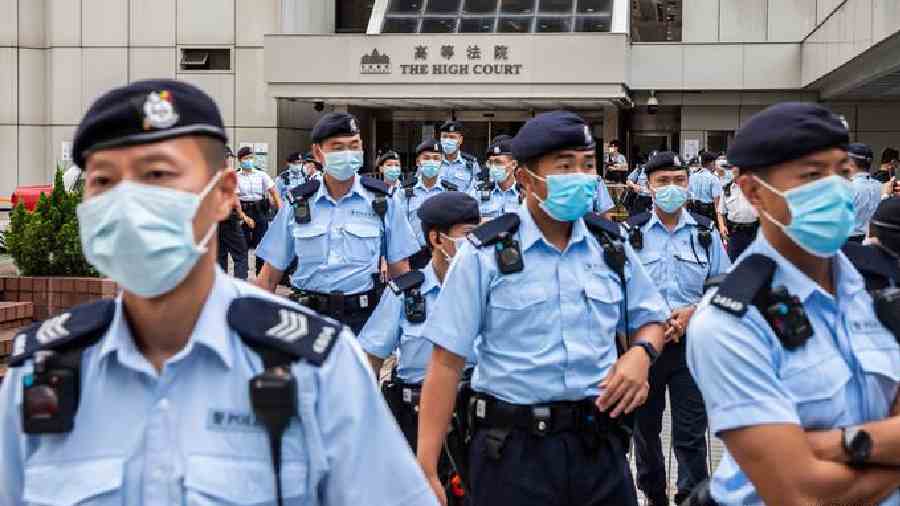 The UN Human Rights Committee said on Wednesday that the security law imposed by Beijing on Hong Kong in 2020 should be repealed following a clampdown on free speech and dissent in the southern enclave.

The UN panel of 18 experts monitors whether signatories are abiding by the International Convention on Civil and Political Rights (ICCPR). Hong Kong's Special Administrative Region and Beijing have both signed the convention, but China has not yet ratified it.

Following a periodic review of the situation in the former British colony, the committee issued its first recommendation in two years.

"The committee urged Hong Kong to take action to repeal the national security law and, in the meantime, refrain from applying it," Christopher Arif Balkan, the committee's vice chairman, told journalists.

China has claimed that the law was a necessary measure to bring stability to the enclave after widespread pro-democracy protests and riots against Chinese rule in 2019.

The law has reportedly been used to justify the arrest of some 200 people, including 12 children, since its implementation in 2020.

Many of those arrested were civil rights activists and protest leaders. Many others have fled to avoid prosecution.

The recommendation also called on China to release people who were detained during the 2019 protests.

The committee expressed concern over the "lack of efforts" on the part of China and Hong Kong to "sensitize its population to the effects of discrimination based on sexual orientation and gender identity on the affected persons."

The members of the panel appeared hopeful that their recommendation may have some effect considering the indications from the Hong Kong government that a new national security legislation may be in the works.

"We have to be hopeful that they will live up to their undertaking and that in doing so they will address one of the key deficiencies," Balkan said, referring to the original law's lack of public consultation.

The enclave's secretary for constitutional and mainland affairs, Erick Tsang, told the committee earlier in July that Hong Kong's government is "firmly committed to the protection of human rights," including in line with the ICCPR.

But he also said national security would take precedence and could lead to the restriction of such rights.