Advertisement
Home / World / China to US: Engage with Taliban and provide urgently needed aid to Afghanistan

China to US: Engage with Taliban and provide urgently needed aid to Afghanistan 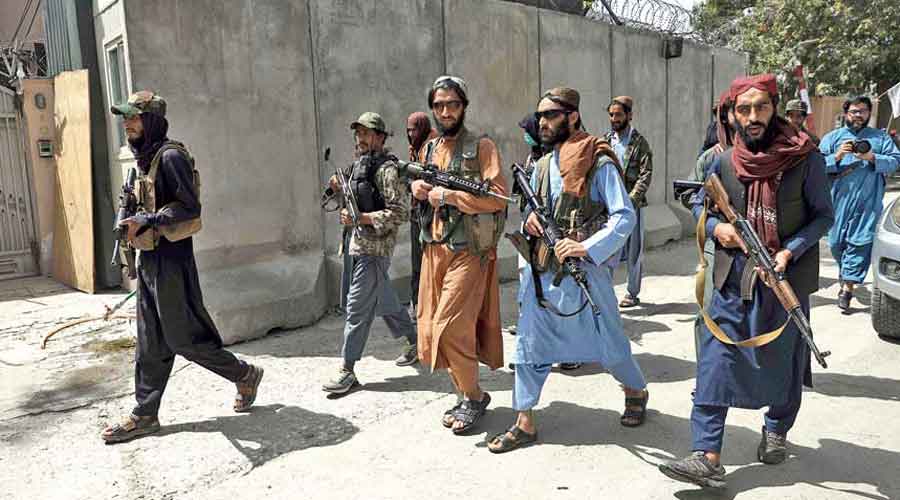 The Nato said that they had “received assurances from the Taliban” that people with travel documents showing they were clear to enter any of those countries could safely depart.
File photo
Chris Buckley, Lara Jakes   |   New York   |   Published 31.08.21, 01:22 AM

China’s foreign minister, Wang Yi, urged the US to engage with the Taliban and provide urgently needed aid to Afghanistan.

In a phone call on Sunday, Yang warned Antony Blinken, the US secretary of state, that the Chinese government’s cooperation on Afghanistan would depend on the US and its attitude towards Beijing. The Chinese foreign ministry posted an account of the call on its website.

Wang told Blinken that the Biden administration should also maintain contacts with the Taliban to prevent Afghanistan from falling deeper into chaos. Before the Taliban seized control of Kabul earlier this month, Beijing had held talks with senior Taliban officials about the future of Afghanistan, which shares a narrow border with China.

“There has been a fundamental change in domestic developments in Afghanistan and all sides need to engage in contacts with the Taliban,” Wang said, according to the foreign ministry’s account.

“The United States, in particular, must work with the international community to provide Afghanistan with economic, public welfare and humanitarian aid, assisting the new political structure in Afghanistan in maintaining normal government operations and safeguarding social stability and public security.”

So far, the Chinese government has not specified what aid and other support it may provide Afghanistan, nor any conditions it has for recognising a new Taliban-dominated government in Kabul. But Wang suggested that Beijing’s willingness to work alongside the Biden administration on such issues was conditional on tamping down broader tensions between the two big powers.

The US has criticised the Chinese government over its security crackdown in Hong Kong, repression of largely Muslim minorities in the Xinjiang region, and warnings to Taiwan, the democratically governed island that Beijing regards as a part of China.

“Recently China and the US have opened up communication over Afghanistan, climate change and other issues,” Wang said.

“China will consider how to engage with the US based on US attitudes towards China. If the US also hopes for Chinese-US relations to return to a normal track, then stop persistently maligning and attacking China and harming Chinese sovereignty, security and development interests.”

The US and 97 other countries said on Sunday that they would continue to take in people fleeing Afghanistan after the American military departs this week and had secured an agreement with the Taliban to allow safe passage for those who are leaving.

The Taliban’s chief negotiator, Sher Mohammed Abas Stanekzai, had announced on Friday that the group would not stop people from departing, no matter their nationality or whether they had worked for the US during the 20-year war.

The joint statement released on Sunday on behalf of more than half of the world’s governments and the Nato said that they had “received assurances from the Taliban” that people with travel documents showing they were clear to enter any of those countries could safely depart.

The countries also pledged to “continue issuing travel documentation to designated Afghans” and cited a “clear expectation of and commitment from the Taliban” of their safe passage.

“We note the public statements of the Taliban confirming this understanding,” the statement said.

Notably missing from the statement were Russia and China, two permanent members of the UN Security Council who have pledged to help the Taliban rebuild Afghanistan.

The statement came on the same day Blinken told NBC’s Meet the Press that the US was unlikely to keep diplomats in Afghanistan after the American military departs on Tuesday.

Officials said it was expected that the US mission to Afghanistan would open a diplomatic mission in a country elsewhere in the region, in part to continue helping the surge of expected refugees obtain necessary departure documents.

The statement did not warn of any consequences should the Taliban renege on the agreement, although a senior state department official said it was meant to convey an implicit message about incentives — namely, foreign aid to the government — that the international community would use to enforce it.

The chief American envoy to Taliban peace talks, Zalmay Khalilzad, tweeted on Saturday that the Taliban’s assurances were “positive”.

That stood in stark contrast to the tens of thousands of Afghans who relief agencies said feared being left behind and living under Taliban rule.