China says it conducted military drills around Taiwan to warn US

Previously, US President Joe Biden warned that Washington would defend the island in case of an attack 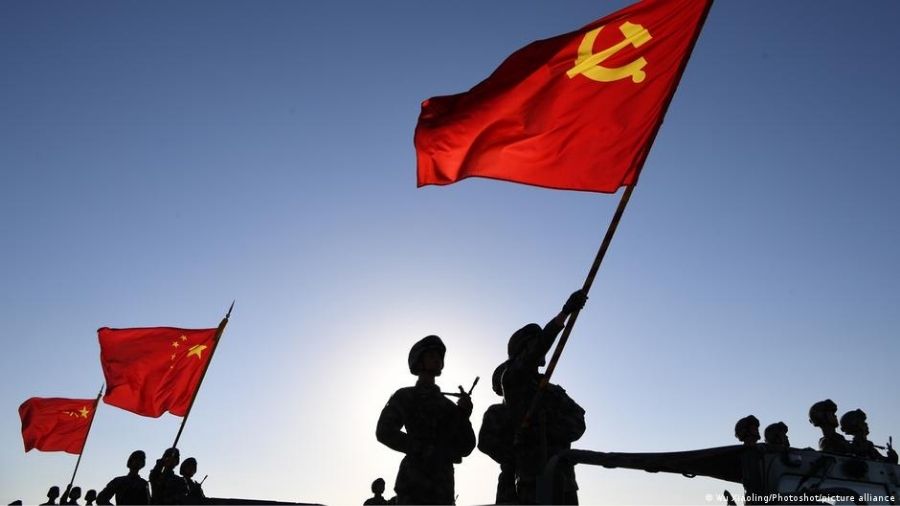 China has said military drills around Taiwan and Japan were a warning to the US
Deutsche Welle
Deutsche Welle   |   Published 25.05.22, 07:42 PM

Following joint air patrols with Russia, China's military said it conducted maneuvers around Taiwan. Previously, US President Joe Biden warned that Washington would defend the island in case of an attack.

China on Wednesday announced it had held military operations near Taiwan during US President Joe Biden's first visit to Asia.

Biden had reiterated commitments to defend Taiwan during the visit, surprising some analysts and drawing strong condemnation from China.

What has China's military been doing near Taiwan?

China says it has conducted joint patrol and combat readiness operations near Taiwan, just as the US leader was in Tokyo attending a meeting of leaders from India, Japan, and Australia, who together make up the "Quad".

In a statement posted on the Chinese Defense Ministry's website, the US was criticized for "hypocritical and useless" actions that supposedly emboldened Taiwan's pro-independence forces.

Taiwan is governed by a democratic administration in Taipei, but China regards it as an integral part of its territory under the so-called "One China" policy.

"Taiwan is a part of China. The troops of the PLA Eastern Theater Command have the resolution and capability to thwart any external forces' interference and secessionist attempts for 'Taiwan independence', and to firmly safeguard national sovereignty and security as well as regional peace and stability," read a statement credited to Shi Yi, a spokesperson for the Chinese army's Eastern Theater Command.

At the same time, China said it had been conducting joint air patrols with Russia over the Sea of Japan, the East China Sea and the Western Pacific.

China said the exercises near Japan were not directed at any particular country, even though they coincided with Biden's visit.

That didn't wash with US officials, one of whom told the Reuters news agency that the moves showed China and Russia's relations remain strong despite Russia's aggression in Ukraine.

Multiple media outlets reported that these were the first joint exercises between Russian and Chinese military forces since Russia launched its attack on Ukraine on 24 February.

Rand Corporation analyst Derek Grossman told Reuters the drills were "clearly designed to signal Beijing's frustration with the Quad summit and all of President Biden's proceedings over the last few days."

Japan's Defense Minister Nobuo Kishi said that the drills were "more provocative" than in the past, as they took place while the Quad was meeting.

Would the US defend Taiwan if China attacked?

Biden said on Tuesday that the US would be willing to respond militarily if Taiwan came under attack, angering China by making these defense assurances explicit.

While some analysts suggested Biden may have misspoken, as the US has often tried to calm Chinese fears over their support for Taiwan, his comments were clear.

US policy is officially to recognize the One China policy, but to offer defensive weapons to Taiwan in case the country is attacked.

Biden said that the line remained unchanged, and that a forced takeover by Beijing would "dislocate the entire region."

What else happened on Joe Biden's visit to Asia?

This was Biden's his first presidential visit to the continent, and the Quad meeting was the centerpiece. The Quad was formerly known as the Quadrilateral Security Dialogue and was resurrected in 2017 amid concern about China's military assertiveness in the region.

Biden also wanted to try and smooth over differences over Russia's war on Ukraine, with India less keen on sanctions as it pursues a more neutral stance.

With these goals in mind, he launched a new economic agreement for Asian states, which aims to enhance American economic influence in the region with common rules on the digital economy, supply chains, decarbonization and workers' rights.

Australia, Brunei, Indonesia, Japan, New Zealand, Singapore, South Korea, Thailand, Vietnam, and the United States are all part of the this plan, but not China.