Entrepreneurs are uncertain about the future of US-China trade relationships 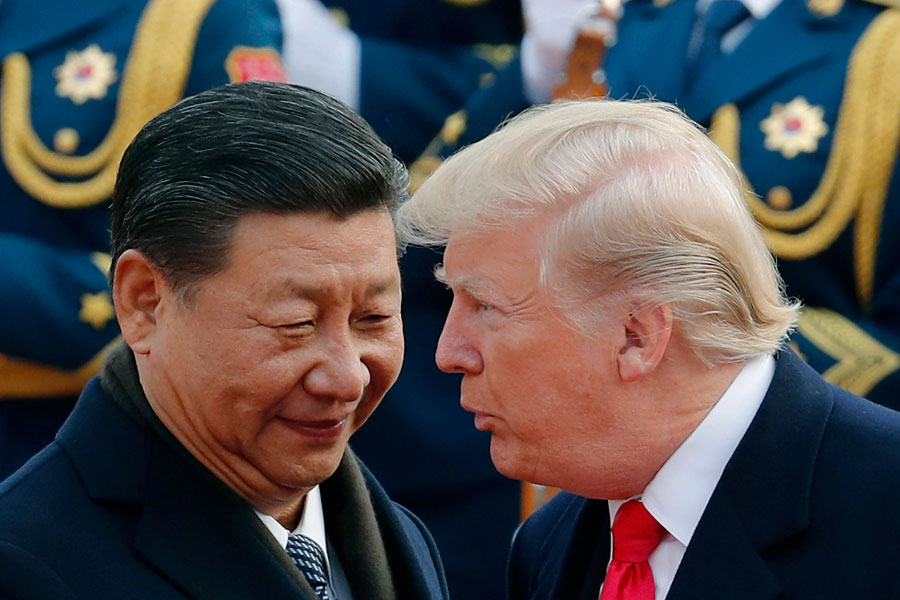 Wu Shichun is one of countless Chinese entrepreneurs who over the past four decades have prospered from access to American customers and money.

Today, as the US government threatens to take that away, the serial entrepreneur and venture capital investor is fundamentally rethinking how he does business.

One of his portfolio companies designs and makes fashion products in China, then sells to US consumers on Amazon.com. Another, a vape device maker, sells most of its products in the US. The third, which makes metal materials for electronic manufacturers, exports 40% of its production there. All three would be hit by new US tariffs.

“From now on I’ll have to invest in companies that focus on the Chinese market,” said Wu, 42.

“I hope China and the US can find a better way to coexist,” he said. “It doesn’t have to be mutually destructive.”

The Chinese government has struck a defiant tone since President Donald Trump ratcheted up the trade war on Friday by raising tariffs on Chinese exports worth $200 billion a year. “If the US wants to talk, our door is open,” said a commentary on state-controlled China Central Television on Monday night that quickly went viral. “If the US wants to fight, we’ll be with them till the end.”

Many entrepreneurs and intellectuals, by contrast, are hoping for a deal. China’s rise out of the stark terror of the Cultural Revolution was fuelled in part from connections to the US, an early diplomatic partner that offered investment, markets and opportunity. There’s even a word going around the Chinese internet for the tight economic bonds that have formed between the world’s two largest economies: “Chimerica.”

The trade war is taking direct aim at Chimerica. New tariffs, if they stick, threaten to cut off a big market for many Chinese companies.

Beyond tariffs, trade hawks within the Trump administration are pursuing what they call decoupling, or breaking up a relationship that they now feel poses a long-term strategic threat to the US. The trade hawks hope to get US companies to shift their factories to friendlier countries. They are pushing to restrict Chinese investment in the United States and cut academic and other bonds.

Now many people in China are wondering what will happen if the countries decouple. They question whether the country can continue its miraculous rise as borders and barriers go up.

“From the day we were born, my generation has always seen the country’s economy heading for the better,” Feng Dahui, an early Alibaba employee and an Internet entrepreneur in the city of Hangzhou, wrote on his timeline on WeChat, the Chinese social media service, on Monday evening.

“We’ve experienced the internet revolution and enjoyed the benefits of globalization,” he continued. “Now this type of optimism seems to be deserting us. Everything seems to be ending abruptly.”

Their concerns are unlikely to sway the Chinese government. Most political analysts believe that the only effective pressure will have to come from within the Chinese Communist Party’s leadership, and official voices have been uniformly strident. Negative commentaries have been stricken from China’s heavily censored Internet.

Still, some entrepreneurs are expressing their worries.

Xiao Yu, founder of the luxury e-commerce company OFashion, said his business, which sells luxury goods from Europe and the US to Chinese consumers, saw growth slow in the second half of last year partly because of the trade war. While only about 10% of its merchandise comes from American brands like Michael Kors or Coach, the trade war has hit China’s stock market and hurt consumer confidence.

The trade war could jeopardize his dreams of raising money from American investors and perhaps even taking his startup public on a US stock exchange, he said.

“As an entrepreneur, our fate is tightly bound to the country,” Xiao said. He hopes and is confident that the two countries can reach a deal.

“China and the US don’t have to have strained relations,” he said.

Some people are resurrecting old articles online about the Chinese-American relationship that are now going viral. One of them was a January speech by Li Ruogu, the former chairman of the Export-Import Bank of China and former deputy governor of China’s central bank. Li argued that many Chinese, including some senior officials, didn’t realize that the relations had shifted fundamentally. The conflict wasn’t about the US being threatened by China’s growth, he said, but by its vision of state-led capitalism.

“This is the conflict of systems,” he wrote. “It won’t end easily.”

Another popular, and subsequently censored, article had the headline: “The Reasons Behind the Chimerica Breakup.” The popularity of the article, whose author is anonymous, reflects a growing realization that the two countries’ conflicts go beyond trade and may not have an easy solution.

The article argues that China’s system of low human rights-based mercantilist state capitalism negatively affected the pricing and wage structures in the US and other developed economies. Now the US wants China to change its economic growth model, the author argued, while China only wants to buy more US products to solve short-term trade imbalances.

“Chimerica parted ways on May 10,” the author wrote. “Now it’s time to decide whether to adopt the U.S. rules or the Chinese rules.”