Charles III to take the throne after death of Queen Elizabeth

Better late than never? Expectations are high as Charles III prepares to take on the reins of the British monarchy 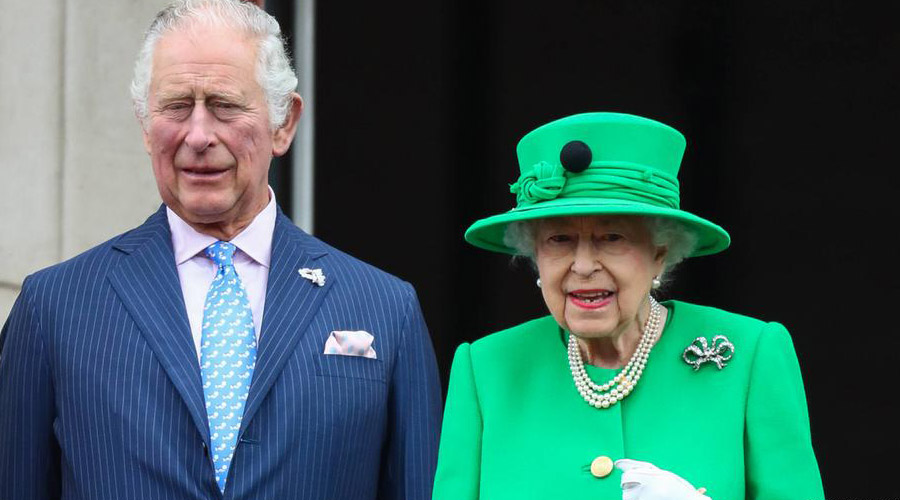 Charles III who becomes King after the death of his mother has been preparing for the crown his entire life.
Deutsche Welle
Deutsche Welle   |   Published 09.09.22, 09:56 AM

Being a royal demands a fair amount of resilience, a tough skin and patience in spades. For a king-in-waiting the latter has been especially true.

Prince Charles was the longest-waiting heir apparent, having spent 63 years as the Prince of Wales. On that note, he is the oldest heir to become king, at the age of 73. He will now be under intense scrutiny.

"The accession is carefully planned, like the arrangements for the Queen's funeral, so initially the transition will be smooth. Thereafter, a lot will depend on public response to Charles's coronation; to how Charles himself behaves, and on how supportive the government is," Robert Hazell, a professor of government and the constitution at the University College London, told DW via email.

That said, Prince Charles has had plenty of time to get used to a life in the spotlight.

Charles graduated from Trinity College at Cambridge in 1970 before embarking on a military career that culminated in commandeering the HMS Bronington minesweeper.

He married Diana Spencer, then a woman of 20 with substantial royal blood, in the summer of 1981 amid huge media fanfare and hype. Princess Di, as she was known, was intensely popular, and scrutinized. Years of gossip and scandal eventually led to their divorce in 1996. Diana famously died in a car crash in 1997.

At the time of the divorce, it was reported that Charles had said to Diana: "Do you seriously expect me to be the first Prince of Wales not to have had a mistress?," a reference to his longtime love Camilla Parker Bowles, whom he married in 2005.

There was Charles the philanderer; and there is Charles the philanthropist. In addition to the Prince's Trust, he has supported other charitable organizations; backed youth education programs; and funded arts initiatives, to name a few endeavors.

As king, Charles is expected to further promote religious diversity and the multicultural nature of modern England. He's also promised to have a multi-faith coronation when he takes the throne.

His main passion, however, is the environment and combating climate change. In 2007, he launched the Prince's Rainforest Project, a global initiative with corporate, political and celebrity backing to raise awareness and take action around tropical deforestation.

For better or worse, Charles lacks his mother's instinctto remain impartial on political or social issues. In the past, he's not held back on his views.

Political neutrality went out of the window in the case of the "black spider" memos, so called due to his spindly handwriting. These memos, finally published in 2015 after the British daily newspaper The Guardian had fought a long legal battle over their release, revealed that he had extensively lobbied British government ministers and politicians.

The issues in question ranged from saving endangered fish to ordering military equipment for troops in Iraq, and urging badger culls to combat the spread of tuberculosis among cattle.

As king, Charles will have to curtail such inclinations, said Hazell. "The monarch has to be scrupulously neutral on all political issues, as the Queen has been. Charles will have an opportunity in his weekly audience with the prime minister to express his views, exercising his trio of rights according to [Walter] Bagehot, [author of the English Constitution]: to be consulted, to encourage and to warn."

Anything beyond that, said Hazell, and "I would expect the government to remind him of the duties of a constitutional monarch."

In 2017, Charles found himself caught up in the so-called Paradise Papers leaks, which revealed the names of world figures and celebrities who ran dubious offshore investments. His case allegedly involved a Bermuda-run business.

Reports emerged that, in 2007 while Charles had pushed for changes to climate change policy, he had failed to divulge that he would profit from those amendments through his foreign business venture. For his part, Charles said he had no direct involvement in the offshore account.

It's alleged that wealthy foreign individuals received perks in exchange for donating to The Prince's Foundation, a charity established by Charles. In one case, a Saudi tycoon is said to have received a knighthood for his contributions, while in another, a Russian banker was promised a meeting with Charles.

The revelations have led to the resignations of three key employees of the charity, including Charles' close aide, Michael Fawcett — the chief executive of the foundation, who stepped down. Charles himself has denied any knowledge of the alleged practices.

Observers see these types of pitfalls as important for Charles to avoid if he wants to get public opinion on his side as regent.

In a nutshell, his acceptance and popularity may hinge on whether "Charles runs into trouble; and on events [that are] always unpredictable," said Hazell.