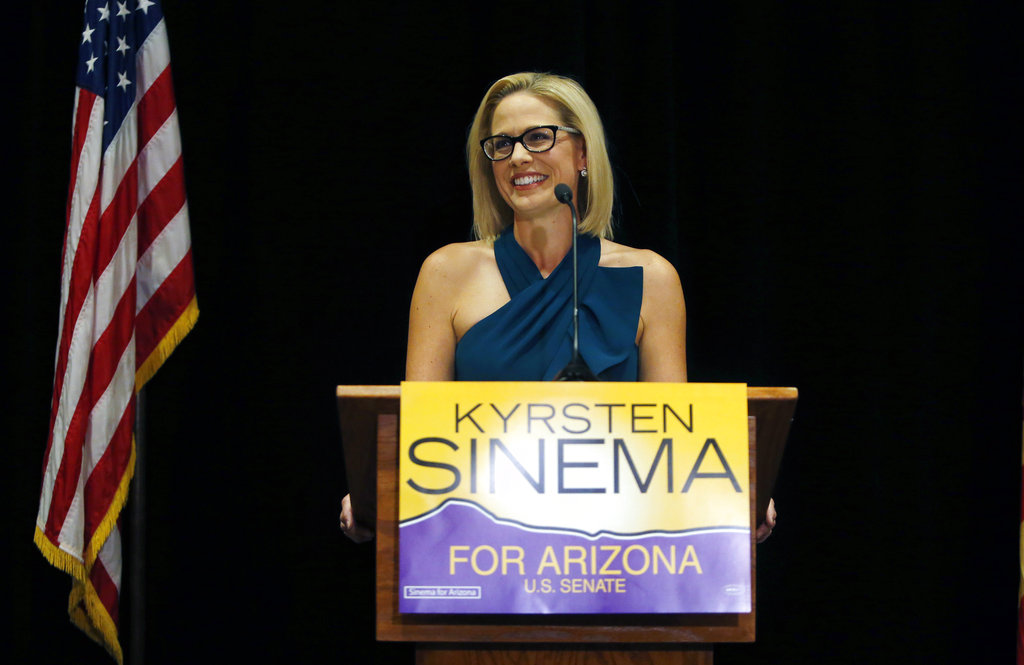 In a year of liberal challenges to President Donald Trump, an avowed centrist scored the Democratic Party’s biggest coup — flipping a red state’s US Senate seat.

Rep. Kyrsten Sinema won the Arizona Senate seat being vacated by Republican Jeff Flake to become the first woman to win a US Senate seat in the state. The race against Republican Rep. Martha McSally was tight enough that a winner wasn’t decided until Monday, after a slow count of mail-in ballots gave her an insurmountable lead.

Sinema’s win achieves a longtime Democratic goal of making Arizona, with its growing Latino population, a competitive state. And she did it by pointedly not running against the President, or even critiquing his hardline immigration stance.

“She didn’t put the progressive bit in her mouth and run with it,” said Chuck Coughlin, a GOP strategist in Phoenix. “She spit it out and did something else.”

Sinema targeted moderate Republican and independent women by painting herself as a nonpartisan problem-solver who voted to support Trump’s agenda 60 per cent of the time. Her nearly single-issue campaign talked about the importance of health care and protections for people with pre-existing conditions.

She knew McSally was vulnerable there because she backed the Republicans’ failed attempt to repeal President Barack Obama’s healthcare law. 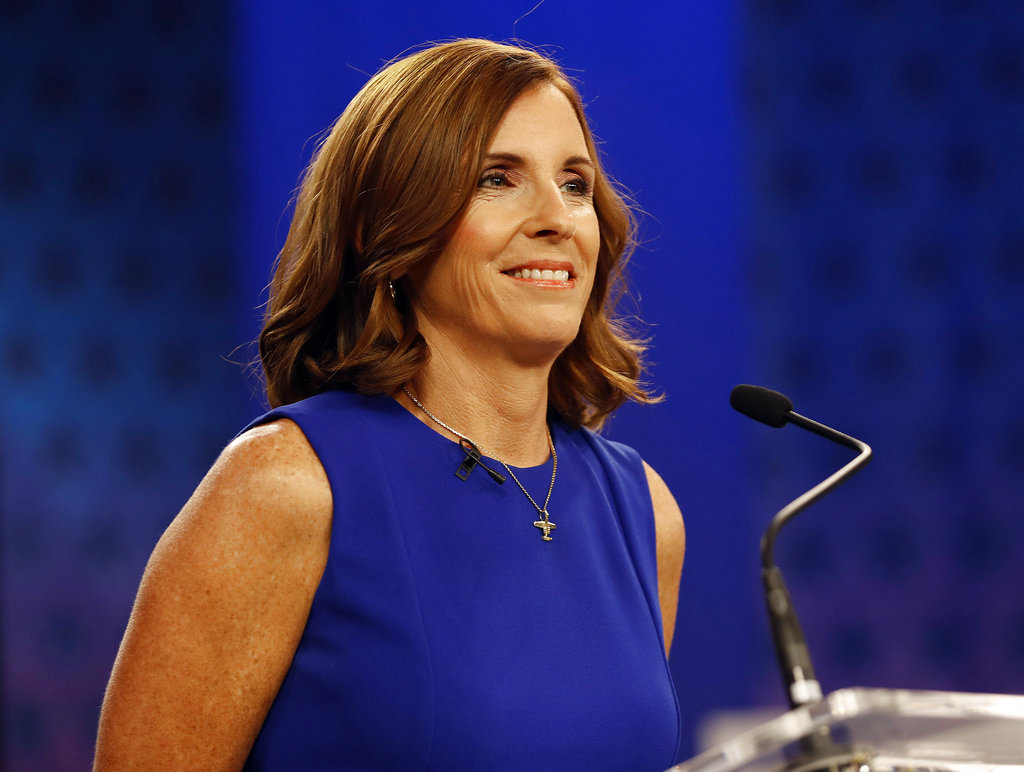 In this October 15, 2018, file photo, Martha McSally goes over the rules before a televised debate with Kyrsten Sinema in Phoenix.
AP

Sinema tailored her campaign for conservative-leaning Arizona rather than the national environment, but it may be a guide for Democrats who hope to expand the electoral map in 2020. While some liberals won important races in California, Colorado and Kansas, the Left’s highest-profile champions disappointed on Election Day.

Rep. Beto O’Rourke fell short in his challenge to Sen. Ted Cruz in Texas. Stacey Abrams trails her Republican opponent in the still undecided bitter Georgia gubernatorial race, and Tallahassee mayor Andrew Gillum, who once led in the polls in the race for Florida governor, is now awaiting the results of a recount.

Sinema prevailed while the Democratic candidate for governor, David Garcia, ran as an avowed progressive and got trounced by Republican incumbent Doug Ducey.

“Kyrsten was the perfect candidate for this race,” said Democratic strategist Chad Campbell, who previously served with Sinema in Arizona’s state legislature. “We saw that with Garcia.”

Sinema first came to prominence as an openly bisexual Green Party activist in Phoenix, and McSally raked the Democrat over her protests against the Iraq and Afghanistan wars. Sinema was elected as a Democrat to the state legislature in 2004 and carved out a reputation as a liberal who could work with her conservative colleagues.

By the time she was elected to Congress representing a suburban Phoenix swing district in 2012, Sinema had completely remade herself into a centrist. She voted against Nancy Pelosi as the Democratic leader, supported relaxed regulations on banks and a law to increase penalties on people illegally re-entering the country. She supported a bill making it easier to deport immigrants identified by police as gang members.

US midterm election results: The message is not entirely bleak

US election firsts: 2 Muslim women in the Congress and a gay governor