But, a recent Kaiser Health poll found that only one in five parents will get their young children vaccinated immediately 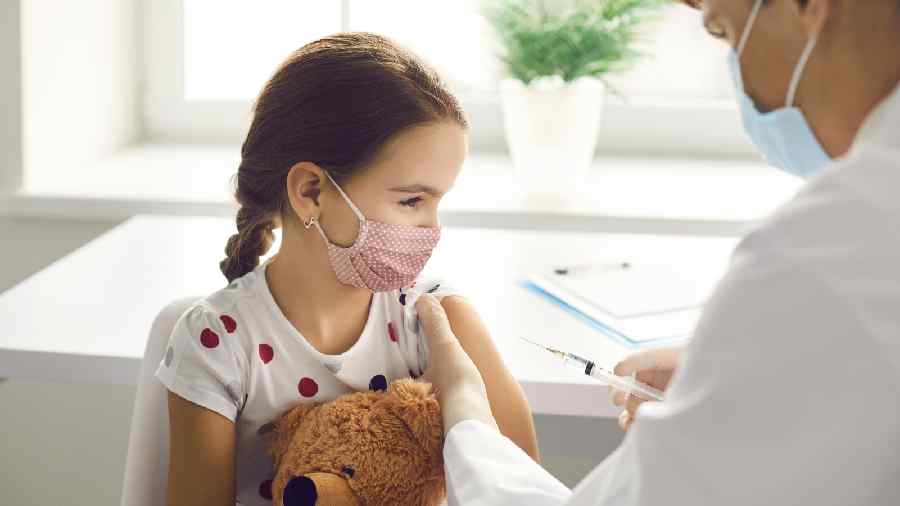 It’s a moment many parents have anxiously awaited for months: Children younger than five years are now eligible for vaccination against the coronavirus, among the last Americans to qualify.

Without access to vaccines, parents of young children have confronted nearly impossible choices since the pandemic began. Many children were kept from schools, family gatherings and other activities, and deprived of normal childhood experiences. Now all that could change.

On Saturday, the Centers for Disease Control and Prevention recommended the Moderna and Pfizer-BioNTech vaccines for children as young as six months. The decision means shots will be administered for the first time to these young children, perhaps as early as Tuesday.

Sunny Baker, 35, a mother of two in Oxford, Mississippi, said she vaccinated her older daughter, Hattie Ruth, 5, at the first chance, and has been eagerly waiting for her two-year-old daughter, Alma Pearl, to qualify.

But Baker may very well be in the minority: A recent Kaiser Health poll found that only one in five parents will get their young children vaccinated immediately. Many plan to hold off for now.

As the pandemic stretches into a third year and Americans weigh the risks they are willing to live with, the CDC’s decision puts parents of young children on the spot.

Vaccines have lost some of their potency against infection with new variants, though they continue to offer protection against severe illness and death. And huge numbers of Americans were infected during the omicron surge, contributing to a mistaken sense among many that the battle was over.

Shifting advice has also contributed to a lack of enthusiasm.

After navigating the perils of the pandemic with their children for so long, parents now face new questions, some so complex they have stumped even regulators and experts. Which vaccine is better? How well, and how soon, will they work? And why bother, if the majority of young children have already been exposed to the virus?

Moderna’s vaccine seems to produce a strong immune response in young children, and its protection is complete within 42 days after the first dose. But the vaccine causes fevers in one in five children, and fewer providers are likely to offer it as an option over Pfizer’s vaccine.

The Pfizer-BioNTech vaccine is more familiar and produces fewer fevers, but children will need to get three doses to be protected from the virus. While it takes 90 days to achieve peak protection, the effect may last longer, compared with Moderna’s regimen.

The vaccines overall have proved to be very safe, but many parents remain hesitant for a range of reasons. Some are wary because the vaccines are relatively new, or because they perceive the risk from Covid-19 to be negligible for their children.

Simone Williams, 32, said she was hesitant to vaccinate her one-year-old twins, Caidon and Arissa, and four-year-old, Bryan. “I would get it for them if it were required, but otherwise I’m not in a hurry,” Williams said.

The original efficacy estimates in adults were on the order of 95 per cent. That figure has given way now to 51 per cent for two doses of Moderna’s vaccine in children 6 to 23 months, and just 37 per cent for children aged 2 to 5.