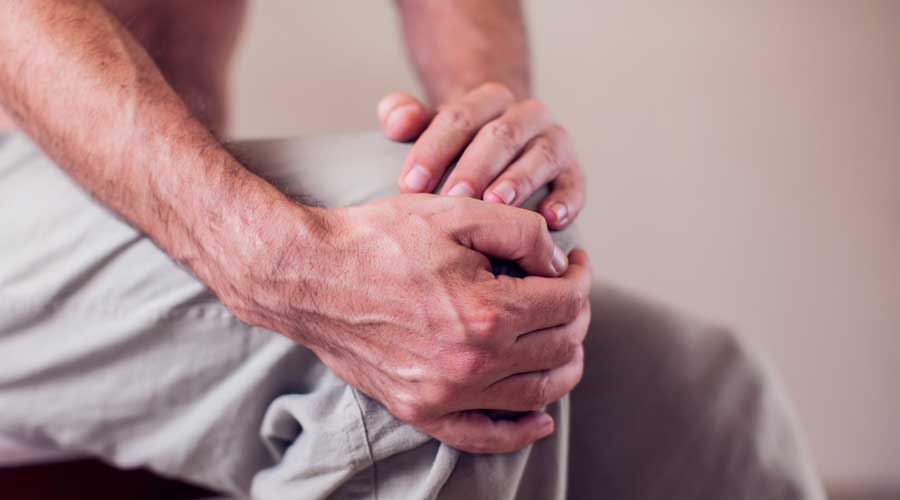 Now researchers at Stanford University have grown new cartilage in the joints of arthritic mice. Primitive cells that can be transformed into new cartilage lie dormant at the ends of bones, the researchers reported in Nature Medicine.
Shutterstock
Gina Kolata   |   New York   |   Published 24.08.20, 12:53 AM

The painful knees and hips experienced by so many people with osteoarthritis result from a loss of cartilage, which serves as a sort of cushioning in the joints. It had long been thought that cartilage, once gone, cannot grow back.

Now researchers at Stanford University have grown new cartilage in the joints of arthritic mice. Primitive cells that can be transformed into new cartilage lie dormant at the ends of bones, the researchers reported in Nature Medicine. The cells just have to be awakened and stimulated to grow.

The researchers say the next step is to try to grow cartilage in larger animals, like dogs or pigs. They are optimistic that the finding could eventually lead to treatments to prevent the often debilitating pain that arises when cartilage erodes away.

The new research was conducted with mice with knee arthritis, and with human bone transplanted into mice. Normal cartilage was grown in both settings. The mice had knee arthritis so severe they had trouble walking. After they grew new cartilage, they stopped limping and grimacing (mice are known to have facial expressions indicating pain).

The study began with a discovery in 2018 by Charles Kwok Fai Chan, then a postdoctoral student at Stanford and now an assistant professor in the surgery department. He found primitive cells — stem cells — at the ends of bones that can give rise to cartilage, bone marrow or bone, depending on how they are stimulated.

But those stem cells were not dividing or growing. Their dormancy, Dr Chan realised, was why bone experts had assumed cartilage, once lost, could not return. The challenge was to find a way to awaken those stem cells and direct them to form cartilage.

Dr Chan, Dr Michael T. Longaker, who directs the programme in regenerative medicine at Stanford, and their colleagues discovered how to do so in three steps.

First, the scientists slightly damaged the ends of bone by drilling tiny holes in it. This technique — microfracture — is sometimes used by orthopaedic surgeons to relieve pain in arthritic joints. The drilling is done through a scope and the holes are minuscule.

The procedure resulted in the growth of tough scar tissue, which the researchers realised had occurred because the bone’s stem cells had awakened and had turned into this tough tissue. The tissue does not cushion the joint and does not last long, Dr Longaker said. But it can help with pain, so may serve as a stopgap measure.

The researchers wanted to turn those awakened stem cells into cartilage. The recipe that worked was to treat the stem cells with bone morphogenetic protein, which is used to help fuse bones.

The investigators provided the drugs directly to the ends of bones, putting them in a gel.

The cartilage that grew in the mice not only looked like normal but lasted for four months, a quarter of the animals’ lifetimes.

Dr Chan and Dr Longaker envision a time when doctors will be able to “resurface” arthritic joints or, even better, to treat people who are just beginning to develop arthritis, perhaps staving off the sort of damage that even joint replacements cannot fix.

If the strategy works in humans, then early treatment may be the best approach, Dr Robert Marx, an orthopaedic surgeon, said.