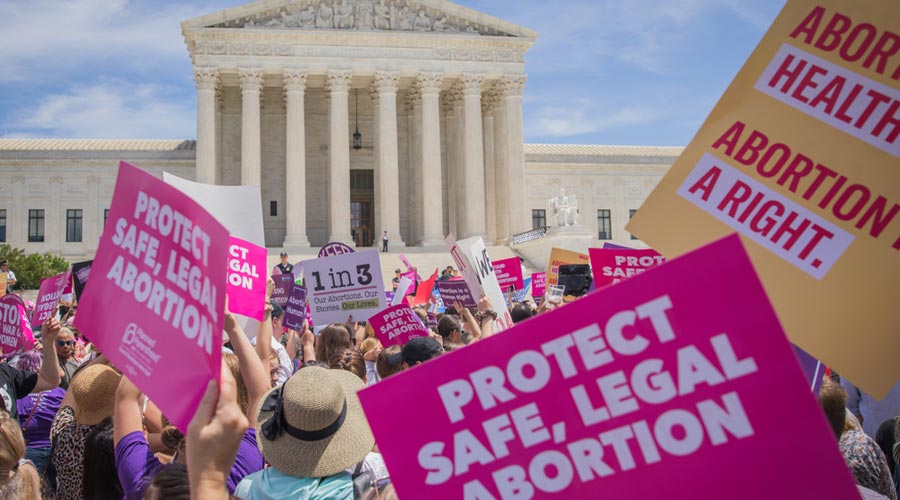 U.S. States seeking to enforce abortion bans will not be able to obtain medical or communications records of patients, doctors or others involved in helping women obtain care in California under a package of bills sent to Governor Gavin Newsom late on Wednesday.

The 13 bills, aimed at protecting abortion rights in the most populous U.S. state, also would allow trained nurse practitioners and nurse-midwives to perform first-trimester abortions without a doctor present.

Other measures would end criminal prosecutions and investigations for terminating a pregnancy, and set up a state website to help people navigate the process of finding and paying for an abortion.

The Democratic-led legislature's efforts to expand abortion access and protect those providing and seeking the procedure comes in response to the June ruling by the U.S. Supreme Court that ended the nationwide constitutional right to terminate a pregnancy.

Planned Parenthood affiliates in California say they have seen an uptick in women traveling to the state for abortions after conservative states including Indiana, Texas, Oklahoma and others have rushed to restrict access.

The UCLA Center on Reproductive Health, Law and Policy estimates that about 10,600 people will travel to seek care in California annually as a result of abortion bans in other states.

The California bills passed in the final days of the legislative session, which ended Wednesday night. Newsom, a Democrat who has declared that California would be a safe haven for those seeking abortion, is expected to sign the legislation into law.

Earlier this year, Democrats who dominate the state legislature with a super-majority passed laws protecting patients and providers from lawsuits from states with abortion bans, eliminated insurance co-pays for abortion and earmarked $200 million to expand access to the procedure, including $20 million for travel grants for women who seek care from other states.

The legislature also placed a proposed constitutional amendment on the November ballot, which would enshrine abortion rights in the state constitution.