Brexit breather for Theresa May 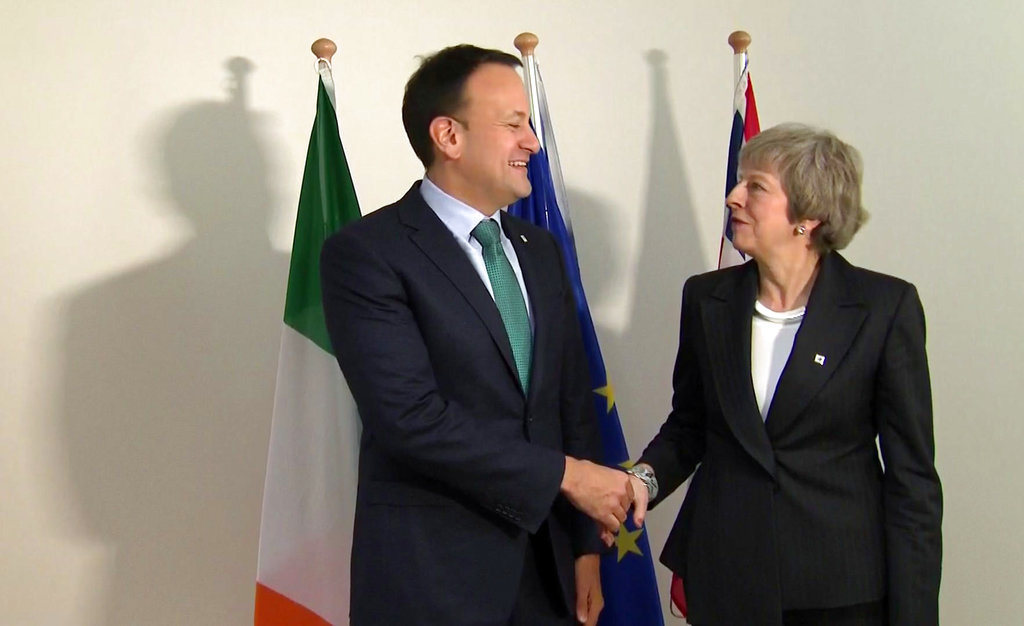 Prime Minister Theresa May is safe, for now. She has survived a no-confidence vote engineered by her own Conservative Party, and can't be challenged again for a year, but that has not brought Britain's Brexit battle any closer to resolution.

May was in Brussels on Thursday, imploring European Union leaders help her sell the UK-EU divorce bill to a skeptical British Parliament.

UK lawmakers were supposed to approve the plan, painstakingly worked out by May and the European Union for Britain's orderly departure from the 28-nation bloc, in a vote that had been scheduled for Tuesday, but May postponed it rather than face certain defeat.

With the EU insisting the withdrawal agreement can't be reopened, May faces a struggle to win enough changes to assuage hostile British politicians.

Britain's road out of the EU has been anything but smooth as Britain heads for the Brexit ramp and the way ahead still looks bumpy.

HOW DID WE GET HERE?

Britain joined the European Economic Community — now the EU — in 1973, but has long been an ambivalent member. The UK never adopted the euro as its currency, and British politicians have been cool to the bloc's calls for ever-closer political union.

In 2013, then-Prime Minister David Cameron pledged to hold a referendum on Britain's EU membership 'to settle this European question' once and for all — and to silence the loud euroskeptic wing of the Conservative Party which had long clamoured for a membership vote.

Cameron was confident voters would choose to remain in the EU, but on June 23, 2016, they voted by 52 per cent to 48 per cent to leave. Cameron resigned, leaving his successor, May, to deliver on voters' decision. Last year, May triggered the two-year countdown to departure for March 29, 2019.

WHAT IS AT STAKE?

Every divorce involves paperwork. Britain can leave without an agreement, a so-called no-deal Brexit — but it won't be pretty. Departure will tear up thousands of laws and rules stitched together over more than four decades, covering every aspect of British life and the economy.

If Britain and the EU can't agree to new rules, there could be chaos. Planes would lose permission to fly, British motorists would find their driver's licenses invalid on the continent, medicine supplies could run short. British officials have warned of gridlock at ports, the need to charter vessels to bring in essential goods and shortages of imported foodstuffs.

The Bank of England has warned that a worst-case 'no deal' Brexit would plunge Britain into its worst recession for decades.

With compromises on both sides, Britain and the EU managed to reach agreement on many contentious issues. But one has proved intractable: the border between Northern Ireland and Ireland, which will be the UK's only land border with the EU after Brexit.

During Northern Ireland's decades of violence, the border bristled with soldiers, customs posts, smugglers and paramilitaries. But since a 1998 peace accord, the border has become all but invisible. That's helped by the fact that Britain and Ireland currently are both EU members, meaning goods and people can flow across the border with no need for customs checks.

Brexit could end all that, disrupting lives and businesses on both sides of the border and potentially undermining the peace process.

To avoid that, the withdrawal agreement includes a border guarantee, known as the 'backstop.' It stipulates that if no other solution can be found, the UK will remain in a customs union with the EU after Brexit to avoid the need for a hard border. Both sides hope the backstop will never be needed: The agreement gives them until 2022 to reach a permanent new trade deal that could render it unnecessary.

But pro-Brexit British politicians hate the backstop, because Britain can't get out of it unilaterally; it can only be ended by mutual agreement. So potentially it could endure indefinitely, binding the UK to EU customs regulations, unable to make new trade deals around the world.

Pro-EU lawmakers hate it too, because it leaves Britain subject to rules it has no say in making — an inferior position to remaining in the bloc, they say.

WILL THE EU BUDGE?

Not much. May says she is seeking 'legal and political assurances' at this week's summit that will satisfy Parliament's concerns about the backstop. But EU leaders are adamant they will not re-open the legally binding, 585-page withdrawal agreement.

But politics is also about theatrics, and the EU may well offer Britain some sort of wording — a note, an addendum or a codicil — that 'clarifies' issues around the backstop. It is possible the spectacle of May under siege from her own party will encourage EU leaders to offer slightly more generous terms to try to keep the process on track.

The British government says it plans to bring the deal, with whatever changes May achieves, back to Parliament for a vote before January 21. If it passes, it still must be approved by the European Parliament, but that is not expected to be a problem.

If it fails, Britain is in uncharted waters. Possible outcomes include a no-deal Brexit, a postponed Brexit, a second referendum on Brexit, or a reversal of the decision to leave the EU. All those options have supporters in Parliament, but it's not clear whether there's a majority for any of them.

And if May's plan falls, it's possible she will too — via a no-confidence vote in Parliament that would trigger a national election. Then it would fall to her successor to try to sort out Britain's Brexit mess.