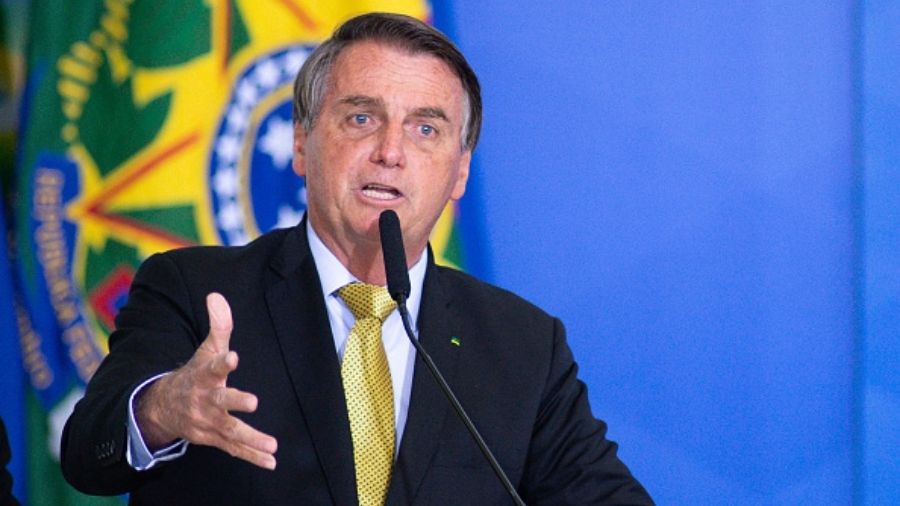 Protests against President Jair Bolsonaro spread across Brazil on Saturday, a day after a Supreme Court justice authorised a criminal investigation into his response to allegations of potential corruption involving a vaccine deal with India's Bharat Biotech.

Demonstrators gathered by the hundreds or thousands in more than 40 cities to demand Bolsonaro's impeachment or greater access to vaccines against Covid-19.

"If we have a minute of silence for each Covid death, we would be quiet until June 2022," read a poster held aloft by a man in Belem, the capital of Para state. More than half a million Brazilians have died, by official count.

In Friday's decision, Supreme Court Justice Rosa Weber said the investigation is supported by recent testimony in a Senate committee investigating the government's handling of the Covid-19 pandemic.

Prosecutors will investigate whether Bolsonaro committed the crime of "prevarication," which entails delaying or refraining from action required as part of a public official's duty for reasons of personal interest. Weber didn't rule out the possibility other potential wrongdoing could be investigated.

The inquiry comes after Luis Ricardo Miranda, the chief of the Health Ministry's import division, said he faced undue pressure to sign off on the import of 20 million vaccines from Indian pharmaceutical Bharat Biotech, which produces Covaxin. He said there were irregularities in the invoices -- particularly a USD 45 million upfront payment to a Singapore-based company.

Miranda testified before the Senate committee June 25 along with his brother, Luis Miranda, a lawmaker who until recently was allied with Bolsonaro. The Mirandas said they brought their concerns directly to Bolsonaro, who assured them he would report the irregularities to the Federal Police.

However, the Federal Police never received any request to investigate, a Federal Police source with knowledge of investigations told The Associated Press. He spoke anonymously for lack of autorization to speak publicly.

The secretary-general of the presidency, Onyx Lorenzoni, confirmed Bolsonaro met with the Mirandas, but claimed they presented fraudulent documents. Bolsonaro ordered the brothers investigated, he said.

The Supreme Court decision greenlighting an investigation came in response to a request filed by three senators. A majority of senators on the investigating committee previously told the AP that, once their inquest concludes, they would vote to recommend Bolsonaro be indicted for prevarication.

The crime carries with it a prison term of between three months and a year, plus payment of a fine.

In Rio de Janeiro's protest, 63-year-old retiree Terezinha Zanata said the government had mismanaged violence, the environment and Indigenous rights. "This in addition to the disregard for the pandemic issue," she said, complaining of slugging vaccine campaign and a president who long minimized the seriousness of the disease.