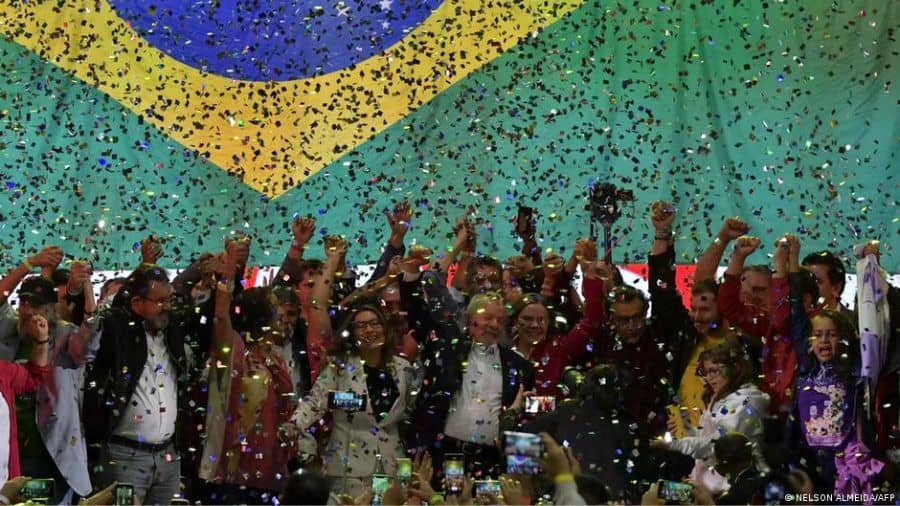 Luiz Inacio Lula da Silva said he wanted to "send fascism back to the sewer of history" at a rally in Sao Paulo. He served as the 35th president of Brazil from 2003 to 2010.

Former President Luiz Inacio Lula da Silva launched his campaign to return to office on Saturday, vowing to fix Brazil's issues after what he called the "irresponsible and criminal" administration of far-right incumbent Jair Bolsonaro.

"We're ready to work not only to win the election on October 2, but to rebuild and transform Brazil, which will be even more difficult," the steelworker-turned-politician told a rally in Sao Paulo.

Lula, who led Brazil through a period of economic prosperity during his tenure as Brazil's leader from 2003 to 2010, has been in unofficial campaign mode since March 2021, when the Supreme Court annulled a corruption conviction against him.

When Lula left office, he had an approval rating of 87%, after some 30 million Brazilians were lifted from poverty during his presidency.

From president to prison
The former president's political career appeared to be over when he was convicted on bribery charges and handed a 26-year prison sentence.

He started his sentence in April 2018, meaning he was unable to stand against Bolsonaro later that year, which the far-right populist won on a wave of frustration with Lula and his Workers' Party (PT).

Lula, who says the charges against him were a conspiracy, was released pending appeal in November 2019 but was sidelined from politics until last year's ruling.

Seemingly in support of the former president's case, the UN's Office of the High Commissioner for Human Rights Committee said in April that the prosecution had violated Lula's legal rights.