Boeing to cut production of 737 Max 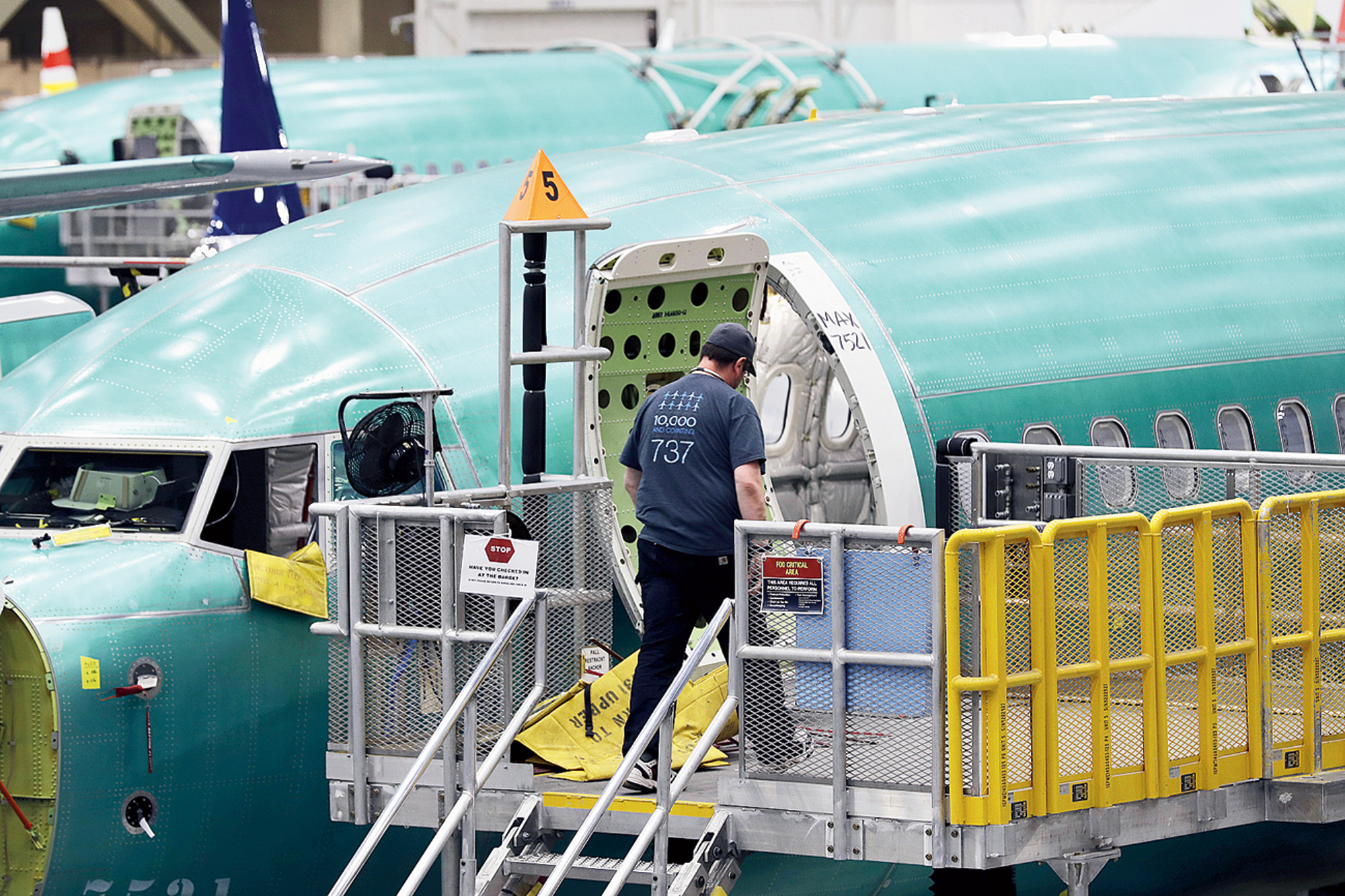 Boeing said on Friday that it was slowing production of its 737 Max jet and establishing a new internal safety committee after two of the planes were involved in fatal crashes in five months.

The company will reduce the rate at which it produces the 737 family of airplanes to 42 a month from 52, Boeing’s chief executive, Dennis A. Muilenburg, said in a statement. In addition to the Max, Boeing produces the 737 NG and a military version of the plane.

Boeing will also establish a committee on its board of directors to review how it develops and builds planes, Muilenburg said.

The company is making the moves as it confronts an escalating crisis after the crashes of two 737 Max planes: Lion Air Flight 610 in Indonesia in October and Ethiopian Airlines Flight 302 last month.

The Max has been grounded, and Boeing paused deliveries of new planes, creating a backlog on its production lines in Renton, Washington. The company has been stockpiling finished planes in Renton and in nearby Seattle.

Airlines around the world have thousands of outstanding orders for the Max jet, which represent billions of dollars for Boeing’s bottom line in the coming years.

“Safety is our responsibility, and we own it,” Muilenburg said. “When the Max returns to the skies, we’ve promised our airline customers and their passengers and crews that it will be as safe as any airplane ever to fly.”

Introduced in 2011 as Boeing scrambled to compete with its European rival, Airbus, the Max became Boeing’s best-selling jet. Each Max sells for about $100 million.

Preliminary investigations now indicate that both airplanes crashed after anti-stall software unique to the Max activated because of faulty data and sent the planes into irrecoverable nose dives.

The software, known as MCAS, was added to the new jet to compensate for its larger, more fuel-efficient engines. The engines changed the aerodynamics of the plane, raising the possibility that it could stall in some circumstances.

In his statement, Muilenburg acknowledged that the new anti-stall software played a role in the accidents. “We have the responsibility to eliminate this risk, and we know how to do it,” he said.

Boeing engineers began working on a software update after the Lion Air crash, but the company and aviation regulators in several countries deemed that the Max remained safe to fly. Though many pilots had not been informed of the powerful new software before the accident in Indonesia, Boeing said it was possible to handle a malfunction if pilots followed a set of instructions it issued after that crash.

That claim, which was backed by the Federal Aviation Administration, is now under scrutiny. On Thursday, the Ethiopian authorities released a preliminary report of their investigation and found that the pilots in that crash had initially followed the instructions in Boeing’s emergency checklist.

Only after the crash in Ethiopia did regulators ground the Max. Boeing continues to work on the software update and revised training procedures for the Max, and this week said the fixes were taking longer than anticipated.

Boeing has given no timetable for the return of the Max. The updates will have to be certified by the FAA and other regulators before the planes can fly again.

It may be weeks, if not months, before that can happen.